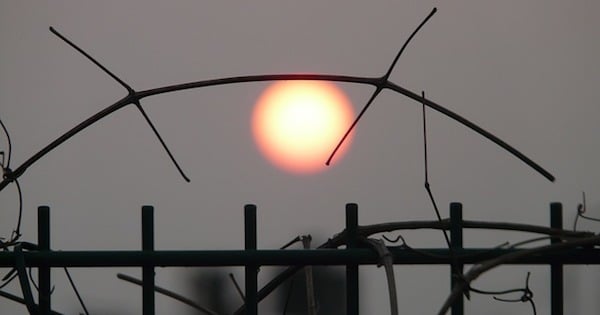 I’ve been a psychotherapist for fifty years now and I’ve seen a lot of angry men and counseled thousands of women who live with angry men. I’ve also helped many more relationships recover when they’ve been on the brink of ending. I’ve found that there is one problem that causes more damage than any other, but is hidden from view. I’ve known about it for years, but it became crystal clear when I wrote my book, My Distant Dad: Healing the Family Father Wound. You can get a free chapter here.

I could build the suspense and get you to read the whole article before I tell you the one problem, but I’m guessing you’d like to know what it is right away. I call it Male Attachment Disorder (MAD) and I want to tell you about it so you can understand yourself better, heal the anger, and save your marriage.

I’ll start by sharing a bit about my own relationship life. I met my first wife in college and we got married after we graduated. From the beginning, the relationship was a roller-coaster ride. There was tremendous passion and excitement and wonderous highs followed by fights, hurtful silences, and a number of breakups. After the birth of our two children, a lot of our attention went to them. I worked longer hours to make money for the family and my wife spent more time with the children when they were young, then went out to work herself as they got older.

My anger was somewhat contained during those years, but would erupt periodically over seemingly trivial matters. Things got worse and we eventually divorced. She got custody of the kids and I became the “visiting parent.” I thought we had just married too young. After dating for a few years, I fell in love with a divorced mom, thought this time things would work out well, and we got married despite our constant conflicts and rather violent fighting. I could see similar patterns of manic ups and depressing downs, I saw in my first relationship, but I felt drawn like a moth to a flame. The relationship lasted three years and I vowed I would figure things out before I tried again.

I met my present wife, Carlin, at the Aikido dojo in Mill Valley, California. We had similar interests, had both been married twice before, and we had kids from our previous marriages. We both had learned a lot from the past and were ready to do the work to have a successful marriage, or so we thought. But we soon ran into conflicts that nearly sank us. My anger and her withdrawal caused us great pain and suffering, though it took us a long time to recognize the cause of our destructive patterns. Yet, we hung in there and found the hidden time bomb that had blown up our relationships in the past.

As you might have guessed it was Male Attachment Disorder. We’ve now been together for 38 years and here’s a bit of what we have learned

1. 90% of our present relationship problems have roots in our families of origin.

We realized we had both grown up in families where our fathers were absent physically or emotionally. As a result, our mother’s lives were thrown out of balance and we didn’t get the love, nurturing, holding, touching, and secure attachment that we all need. My anger was triggered by fears that Carlin would leave and her withdrawal was triggered by her attempts to protect herself from my anger.

2. It’s difficult to realize that family dysfunction forty years in the past could be the cause of our present relationship conflicts.

At first, we blamed ourselves for the problems we were having or blamed each other. We thought it was a copout to blame our parents, and besides, that was a long time ago. But we came to realize that we needn’t blame them to understand that neither of us had a secure base and stress in the present triggered terrors from the past.

3. Attachment disorders can be passed down through the generations.

I learned that my mother had lost her father when she was five years old. Her wounds were never addressed or healed so her fears of getting close were passed on to me. Carlin had a similar family history.

Mothers generally stay connected to their children if they can. Fathers more often leave through emotional distancing, death, divorce, or dysfunction. Absent fathers not only affect the security of the children, but it causes the mothers to become insecure and further disrupts the family’s wellbeing.

5. I experienced the eight symptoms of Male Attachment Disorders (MAD).

A turning point came in our relationship when Carlin got clear that things were going to hell in a handbasket (Where did that term come from?). She did her best to encourage me to get help but went for help herself when I refused. I finally agreed to see a therapist, mostly to prove to my wife that she was wrong. “I’m not angry, God damn it.” Clearly, someone needed help in this crazy relationship and it must be her, I thought. I was fortunate to have a wife who didn’t give up on me and I finally listened.

I found a therapist who understood how to treat attachment disorders. It was the beginning of a long journey, but one well worth taking. I continued therapy for eight years and was able to heal wounds that I had been suffering from my whole life, including depression and anxiety, but which I didn’t connect with my past. Since then, I’ve helped thousands of men and women deal with their own Male Attachment Disorders.

My colleague, Kathy Brous, wrote a wonderful book about her own experiences, Don’t Try This Alone: The Silent Epidemic of Attachment Disorder. “The early trauma described in my book is actually harder on male children,” Kathy notes. “All babies, regardless of gender, are designed first to attach closely to mom, in utero and until age two. And it’s harder for boys since society forces boys to suppress the strong feelings of fear and anger which all children naturally have when we suffer such deep, painful wounds.”

Another colleague, Carista Luminaire, has recently written an article that I highly recommend you read, “How Childhood Wounds May Be Sabotaging Your Relationships As An Adult.” Healing attachment wounds can go a long way towards healing the past so that our present relationships can survive and thrive.

If you’d like more information about Male Attachment Disorder, drop me an email to and put “MAD” in the subject line.

Facebook263Tweet11Pin4Email1Shares279
wpDiscuz
Share this ArticleLike this article? Email it to a friend!
Email sent!