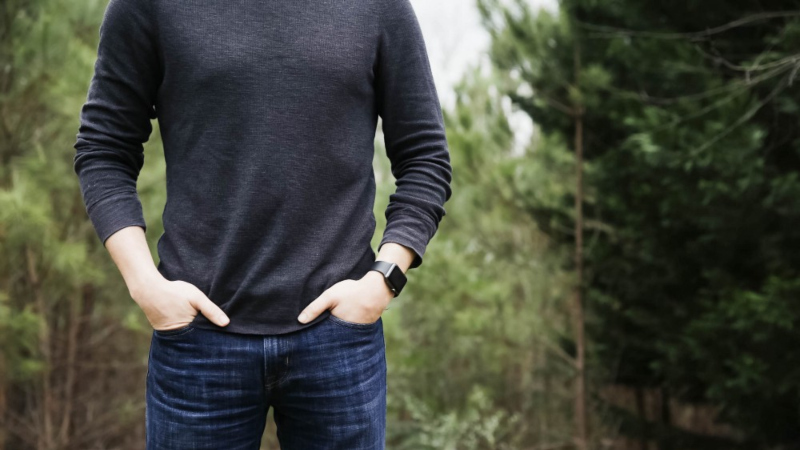 I was recently watching a funny, fascinating, and moving TEDx Talk by Pastor Paula Stone Williams. She’s a transgender woman who gave this riveting talk on the differences she’s noticed in life between how she was treated when she lived as a man vs. now as a woman.

As she began to recount the series of anecdotes about these differences, she said, “So I’ll start with the small stuff. Like the pockets on women’s jeans.” She then demonstrated how ridiculously useless were the slits in her jeans.

The chorus of laughter and applause from the crowd was indicative of how poignant this little example was. There was a reverse angle shot showing the crowd and I saw all these women busting up in laughter, obviously agreeing with the observation.

I immediately thought to myself: “Really? Is this a thing?” I’ve heard jokes here and there about small or no pockets on women jackets and such. But I didn’t think it was such a widespread issue as these rapturous guffaws made them out to be.

So, I hopped onto my Facebook account where I have a decent number of “Friends” and followers, and I asked this very simple question:

“Women. Is it true that the pockets on your jeans (or other pants) are too small? I’m seriously asking.”

The response was almost immediate and just as passionate as the audience in that TEDx talk.

Response after response poured in. Well over 60 women chimed in (plus a few husbands and dads). Apparently, this is an issue.

Okay, that last one was a joke. But I absolutely have stuffed all those other things in my pockets—often at the same time. I have FOUR of them on most of my long pants. (On some of my pants I even have two additional pockets along the sides of my thighs. They’re SO cool! I just love them. No. I really do. They’re great. You should get some!)

The little things add up

When you think about it, this ability to use my clothing as mobile storage seems such a small thing. So I can cram a bunch of stuff into my pants. Why is it such a big deal? Well, maybe it’s not. But it’s a small thing that over time really builds up the annoyance factor. Especially when you become a parent and have children in tow.

I know what you’re thinking: “But Ron, women have purses and bags that can carry WAY more stuff than pockets.” Yes. That is true. But why should they have to buy and carry around a purse or big ol’ bag if they just wanna go out for a quick walk to the store?

All these little annoyances add up over the years. It’s been a privilege that I have not had to deal with it.

And boom, just like that, I had yet ANOTHER example I could share with my white brothers and sisters who have a hard time believing in their “white privilege.”

I did not do ANY of these things to women. Yet, for better or worse, that is the world we live in. Women have sh*t for pockets.

It does not make me a bad person that my stylish denim shorts have two deep front pockets, two back pockets, and two additional thigh pockets with a slick mesh interior (did I mention how cool those extra pockets are?) It does not make the 60+ women who complain about their lack of useful wardrobe-storage bigots, reverse sexists, or “pocket-ists” (is that a word?) just because they point out the fact that their pants suck when it comes to storage utility. It is what it is and they are just pointing it out.

I should say that there was at least ONE woman on that list who doesn’t care about the pocket issue. She said…

It looks like I’m the odd one out… I do NOT like pockets, especially in my dresses! Just makes everything looks bulky, I’d rather go without!

Another woman said she just buys men’s clothing when she wants pockets.

Do you know what I DIDN’T do? I didn’t say to those other 60+ women “Why don’t you be more like these two women? They’ve obviously learned to live through life without pockets. Why can’t you be happy that you can carry Prada and Chanel bags and look fabulous? Stop your whining!”

I’m really, really hoping that I don’t have to spell it out how this is an analogy for white privilege. If after this, you still don’t get it, your life and mental capacity are as shallow as pockets on a pair of women’s Levi’s.

BTW, below is that excellent TEDx Talk that started all this.

Now go, and the next time your wife or girlfriend asks you to hold her keys in your pockets, give her a kiss and say “I’d be happy to honey. I’ll even carry your bag if you like.”