Molly Pennington is a white woman married to a black man who’s often profiled and harassed. Irrational fear of black men has to stop.

Hey white women. I am talking to you. Because I am one of you.  It’s time to check your imaginary fear that black men are out to get you

He was standing at the counter giving a business pitch to guys you work with. He works with local police departments to secure sponsors for safety assemblies at elementary schools. That’s what he was talking about. That’s why he was there.

My husband won’t tell me the name of your establishment. Just that it’s a Mom n’ Pops. He won’t tell me because I threatened to call you. I said I was going to drive over. With our kids. March them up to that same counter and demand to see you. Look you in the eye. All I know is that you’re blonde. White. Late thirties. And you live in a small Ohio town. I can picture you.

My husband is in his late forties. I’ve never met a more likable guy. He was wearing slacks and a button-down shirt. He’s tall. Clean cut. Charismatic. He puts other people at ease.

Within five minutes my husband was surrounded by a dozen cops. He counted. They were stern. Demanding. And he was afraid. Confused. Why would they be there for him?

He had the paperwork to prove his affiliation. On the letterhead from their own police department. But they didn’t take him at his word.

Hey white lady: Have you ever been surrounded by cops? Questioned? Harassed? For doing your job?

It took several minutes to sort it all out. They called in to their own department and a secretary set the record straight. Yes, that was the man with the safety program for kids. She explained what should have been obvious:  this black man was not, in fact, pretending to represent the police, pretending to be putting together assemblies that teach children how to avoid danger in order to . . . what would be the point of this crime exactly?

My husband met your eyes as you peeked out from the back office. He knew you made the call.

Did you know that he was shaken for days? That’s the way it always feels. When he’s profiled. Detained. Questioned. Degraded. He’s used to it.

Let me tell you about this man.

He nurtures me. Supports me. Completes me—in every corny, romantic way. Did you know that I was struck with an illness two years ago, and since then he’s been our family’s sole breadwinner? At times, he’s worked 2 and 3 jobs to support us.

I have a son from my first marriage, to a white man, an abusive man—a man who looks “upstanding.” You wouldn’t call the cops on him. But he skipped out on child support, harassed me, doesn’t contribute to his son’s college education.

Guess who is paying for it? That black guy you called the cops on.

He’s also the guy who adopted a child with me a few years ago. A little girl who was in the foster care system. Because he wanted to make a difference in a kid’s life. Because he knew that he could. He’s that confident. He loves being a dad. He’s devoted. Strong. An amazing role model.

I fell in love with him for good once I saw how he worked with kids. He was a high school coach. This is not a job that people take for the money. They do it to support young people.

And guess what? I did not marry the only honest, amazing black guy in America. My husband would want you to know that he’s not special. He doesn’t consider himself atypical. The fact is that most black men are good men.

I’ve worked with black men, dated them, seen them on the streets, gone to school with them, taught them when I was professor, known them, hung out with them. Have you? Not one of these men has ever, I mean ever, behaved in a scary, misogynistic, violent or inappropriate way. Not a single time.

Are you aware of the history that you’re perpetuating? That baseless stereotype that you’ve bought into? This idea that black men are scary? That they are criminals? Do you know how many black men have been tortured and lynched because of the accusations of white women?

You could have gotten killed the love of my life, the perfect father to my children and the most moral, funny and kind man that I’ve ever known.

Because we both know that all he would have had to do is reach for his cell phone the wrong way and those cops might’ve opened fire.

Hey white women! I am talking to you here. Because I am one of you. I know you. It’s time to check yourselves and your imaginary fear that black men are out to get you. They are not the enemy. Stop being scared. Stop being ignorant, hateful and racist. My husband won’t tell me who you are, lady. He’s nice enough to protect you. To forgive you.

But I don’t. Shame on you, white lady. Because your racist ignorance shames us all.

Molly Pennington is a writer, mentor, speaker, wife, and mother, and a lover of insight and whimsy. Her default setting is perpetual cheer, but she doesn’t shy away from the wounds of the world. To her, nothing is more vital than social justice and she believes that perception and compassion are curative. She's here to make the world a little less mean. Instead: smarter, brighter, better. You can find out more about her at MollyPennington.com and on Facebook, Twitter,
Instagram, and Pinterest.

I just want to know if he has a brother.

I have a story to share. I am also a white woman. In the late 1980s I lived in Baton Rouge, Louisiana. I am from the North. I ran into a chain drug store one Sunday for a few things and came out to see my driver’s side car door open, with a pair of men’s dress shoes and dress slacks on the legs I could see under the door, as the man wearing them was stretched across the front seat, reaching over to the passenger side. I knew I had left the door unlocked, so this fella had not… Read more »

You should post the name of the establishment to shame them and let the whole town know the racist that works there. She needs to publicly apologize.

Excellent article! You could not pay me enough to be Black in America. The fucking shit that Black people have to endure on a regular basis just because of their skin color would drive me insane!

It’s not just black men, hun, it’s all of us that are “feared”, and for stupid reasons. You’ll not get any argument here from us guys. As men, we feel his pain, your pain. It’s just magnified exponentially for black men. The darker the skin, the deeper the hate and fear. It’s also good that you hold women accountable. Guys can’t do that. We’re just called vile names like Misogynist. I see that too. I hold guys accountable all the time, but I’ve proven my metal so they cannot dismiss me, can’t write it off, but have to consider. Perhaps… Read more »

Oh C’mon. Really? This story is about a man profiled because he was black. Who had the cops called on him because he was black, and you have to make it all about you? Just stop. Stop. Unless you are black you do not feel his pain. You just don’t. No one would call the cops on a white guy representing a police initiative.

This is why we don’t take people like you seriously when you complain about being feared by women. You have so little insight into how horrible what you say is, we just can’t trust you.

Spot on article ! Far too many Whites see Black people (Black men in particular) a sub human species or animals. Sad but true.

You can remove the word “BLACK” from this article and it still mostly applies.

You can add the word stupid to your comment and it would completely apply to you. 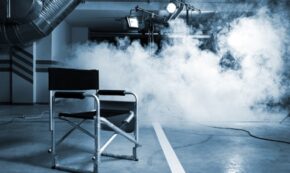 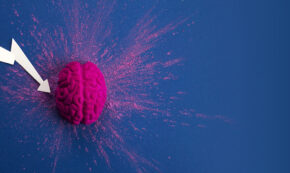 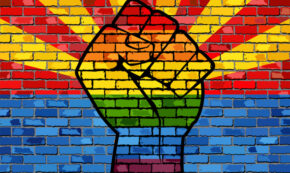 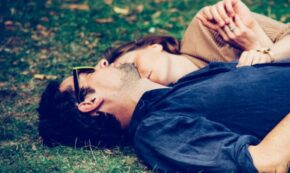 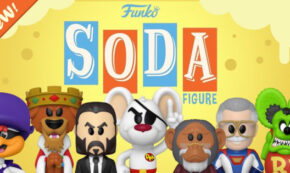 FacebookTweetPinEmailShares2.4k
wpDiscuz
10
0
Would love your thoughts, please comment.x
()
x
| Reply
Share this ArticleLike this article? Email it to a friend!
Email sent!