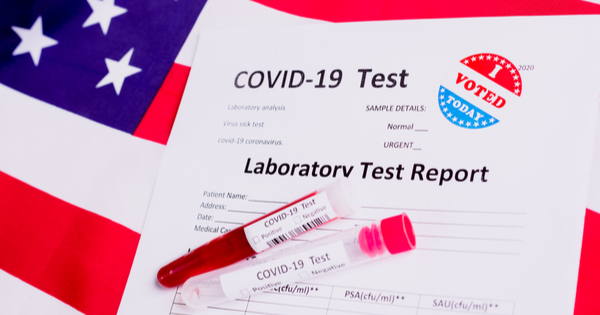 Just imagine hearing someone describe you as expendable, or saying you weren’t worth saving from a disease. And this isn’t “The Lottery,” the short story by Shirley Jackson, about a small but modern village that sacrifices a person each spring to ensure a good harvest. It isn’t the ancient Inca who sacrificed children, or ancient Britain or Sumer. This is the United States, today.

This is the Lt. Governor of Texas saying people should go back to work despite the pandemic, and the old people who are more vulnerable and might therefore die from the illness should be glad to sacrifice themselves so the economy can be saved.

It includes Larry Kudlow, DT’s chairman of the National Economic Council, saying: “we’re gonna have to make some difficult trade-offs”, i.e. we’re going to have to let some people die so the Stock Market can live.

It includes the Governor of Florida, Ron DiSantis, who kept open their beaches so the young could frolic in crowds and later bring the virus to towns and cities throughout the nation. But the old—they could be sacrificed.

It includes Republican Tate Reeves, the Governor of Mississippi, who decided to override all town and city stay-at-home orders to send workers back to their jobs, despite increasing numbers of coronavirus victims in neighboring states. And DT has decided that by Easter, all will be well. People must go back to work. His economic numbers must look good.

Esquire Magazine has a highly disturbing article about just how far the far right has been taking the meme that some need to be sacrificed. This sacrifice never includes the rich (I think they would sacrifice a Jewish or person of color who was rich) and never includes decreasing the profits of large corporations. One spokesman talked about social isolation as creating a “demonic atmosphere” — maybe they think a commitment to save all lives is Satan’s work.

In contrast, Governor Cuomo of New York said it’s not an either-or choice, to protect public health or protect the economy. “My mother is not expendable.” There are choices the President could have made for the last two months and could make now to avert a deeper disaster, but he isn’t doing it. For example, he could use the Defense Procurement Act to get manufacturers to switch to producing more ventilators and other medical supplies. He has signed the order to invoke the act but hasn’t (as of 3/25) used it to get anything produced.

DT is putting the profits of businesses and his own position before the safety of the majority of people, not just the elderly, doctors and all health care workers. Without government supervision, the companies who do produce needed medical supplies can sell them at whatever price they deem worthy and to whoever shows up first with the money. Illinois Governor J. B. Pritzker said the states are competing against each other and other countries. “[I]t’s a wild west…out there, and indeed, we’re overpaying because of that competition.”

The Atlantic published a long list of lies by DT. He also ignored a briefing in 2017 from Obama aides about preparing for a pandemic, and ignored warnings 2 months ago from the intelligence community and others about its dangers. He cut funds for the CDC, NSC, Homeland Security, and Health and Human Services to fight global diseases and dismantled the White House team in charge of global health security.  He did not want to let people off a cruise ship because he feared doing so would increase the number of infected people in the U. S. and this would reflect badly on him. At a press conference, he said: “I don’t need the numbers to double because of one ship that wasn’t our fault. I’d rather have them stay on, personally.”

What kind of people are these GOP politicians? Their actions are unbelievable. The whole idea of putting the profit of a few over the lives of thousands, maybe millions, is unbelievable.

And if all people over 70 were to be sacrificed and left without medical treatment, that would include the President, and many Senators, Congresspeople and Governors. Would the President sacrifice himself to save others? The Vice President?

And what a lesson for our youth. I remember a discussion in a psychological literature class maybe 25 years ago. I commented to the class that our society needs to value the elderly more, instead of hiding them away in institutions. I thought this showed a fear of aging.  Students asked me why should the elderly be valued? Getting older, they said, does not guarantee wisdom, or even intelligence (as evidenced by many politicians), so why honor them?

I responded with a question. What happens if we de-value the elderly just because of their age? Besides what we would lose in terms of stored years of experience, and losing people we love, what does this de-valuing do to how we think of ourselves? We all age (hopefully). To devalue the old, we devalue ourselves. As we age, we would get closer and closer to becoming a person without value. If youth is the prime of life, then most of life involves regretting what was lost. Fear of death and the unknown is multiplied by fear of aging and fear of losing who we are.

By valuing the old, everyone, as they age, can grow in esteem and our sense of self can grow ever larger. DT and his GOP followers would have us believe that only they have value. Only money and position have value. The rest of us exist merely to serve their interests.

So it has never only been about who will be sacrificed. That is just a feint, awful as it is. From what I see, it is about DT wanting to keep his name in the news. It is about what might yet be sacrificed, and who and what has already been lost. Not only lives and jobs, but a united opposition to DT, our freedom, our sense of security. It is about him using the disorientation and fear, the shock we feel, to gain more power. His poll numbers have gone up. The DOJ is trying to suspend constitutional rights.

But if all of us value aging, and value each other, we value life as a whole; we value human life in all its stages. And that gives us a power that the current administration would love to deny us.

Facebook51Tweet1PinEmailShares52
wpDiscuz
0
0
Would love your thoughts, please comment.x
()
x
| Reply
Share this ArticleLike this article? Email it to a friend!
Email sent!