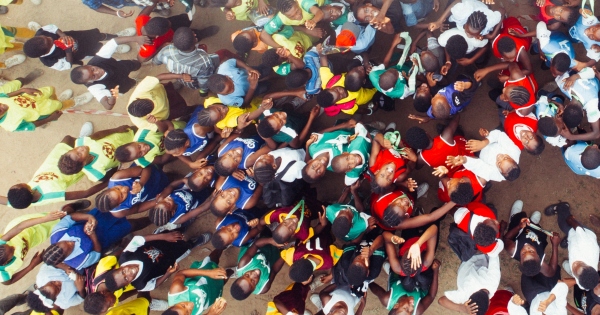 My name is J.R. and I’m a high functioning autistic.

(This is the point in the meeting where you would normally say, “Hi, J.R.” and then finish your donut and stale coffee)

OK, this isn’t really a support group meeting, mainly because there aren’t many meetings for high functioning autistic adults and none that I can find.  I couldn’t find any when I lived in Southern California either.

Let’s get straight into the subject at hand. I’m 53-years old which means that when I was growing up, all that was really known about autism was what they knew from the severely autistic.

Those that were “on the spectrum” (more about that later) but not noticeably different in the ways that were medically known, were labeled as weird, strange, quiet and several other not so nice words thrown around by classmates and teachers alike. I can name four teachers without even thinking about it.

Same with ADHD, when I was in school the only kids that were diagnosed with ADHD were the kids who had a juice box drip going 24/7 and the kid who crawled on the ceiling like Spider-Man. But I digress.

What about those of us who are in their 40’s and 50’s and have to deal with stressful and scary situations day in and day out with no help to be found? What are we to do? Is there anyone to advocate for us and get us the help we need so that we don’t feel trapped and isolated in our own little worlds?

What about when our own families don’t understand us? Then you’re really alone. I’ll take a moment to let the reality of that set in.

Seemingly easy social situations can be like torture for some of us. For me, it was so difficult that, as a hockey coach, I fought through that fear when I dealt with the players and parents and ultimately that took a toll on my body and I needed to take a break from coaching.

I’ve since given up coaching and left the sensory overload of California to retreat into my own quiet little world in the Ozarks where I work with those on the spectrum from high school on up and try to help make their lives better.

For those of us who work for Da Man or Da Woman, work is generally a “my way or the highway” deal and that doesn’t always work for those on the spectrum.

It’s not that we’re being difficult, it’s that our brains are wired different and maybe a different approach to a task with the same end result would work better for us.

So, there’s this joke in the workplace that they call “Reasonable Accommodations.” When it comes to autism or any condition or situation having to do with the brain, most companies pay less attention to those types of things than Wells Fargo paid to their whistleblowers.

Of the last three people I worked full-time for, if I had asked for a “reasonable accommodation” for my job, within a week two the fist pair would have found some lame reason to fire me and the third would have called me a pussy, told me to, “clean the sand out of my vagina” and get back to work.

I believe that too many high functioning autistic adults don’t say anything for fear of being outed as someone other than, “weird”, “odd”, or “different”.

“He has the autism. He’s on the spectrum.”

Spending months scouring the Internet for help for high-functioning autistic adults, I found surprisingly little. A lot of what I found were people who specialize in kids who also had listings on pages with resources for adults.

To be quite honest, I wasn’t thrilled with most of what I found, which is why I took it upon myself to look out for the autistic community in high school, college and young adult age.  That’s what I do and who I work with through my business, Not Weird Just Autistic.

High school is generally when teens on the spectrum and their families realize they’re not prepared for life after graduation and that’s why I chose to fill that very necessary gap.  I also include high school students when I reference, “adults.”

On the occasions that I’m able to speak with someone who carries some clout, I’m told anything from, “We can’t help adults,” to “Resources are better spent on other groups on the spectrum.”

I think that my group of peeps, the high-functioning autistic adult, simply just don’t fit in and it often seems as if no one has any time for us.  But as much as I’d like someone to make time for me, I’m more than willing to make time for you.

So, I want to start a discussion. Why aren’t there more “real” resources available for high functioning autistic adults? What can we do about it? Where do we start?

I’m asking that if you believe we could use more resources for high-functioning autistic adults, please share this post and comment so we can get the discussion going.

Facebook145Tweet2PinEmailShares147
wpDiscuz
0
0
Would love your thoughts, please comment.x
()
x
| Reply
Share this ArticleLike this article? Email it to a friend!
Email sent!