Get Daily Email
Join/Login CLOSE
Home / Featured Content / Why Are We Still Talking About ‘A Players’? 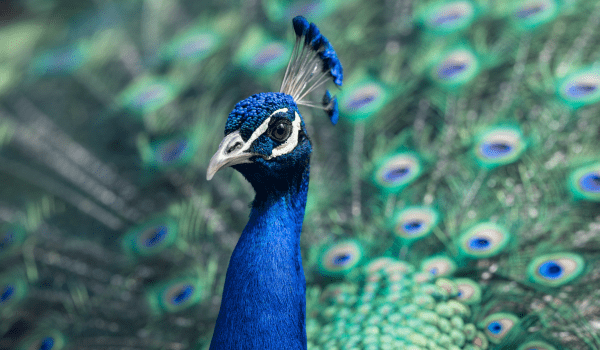 —
I’m not even going to spend time on rock stars. If you’re still posting job descriptions for “rock stars,” you’re not paying attention. Not to the last few years, and not to the stuff we write here.

But I do hear a lot of folks, smart and thoughtful and trying-really-hard folks, talk about hiring “A Players.” I’ve had people try to explain to me I am one. And I’m here to tell you that’s no better. Not because I’m so keen to add another entry to the list of taboo tech clichés alongside rock star, ninja, and guru. It doesn’t matter what word you use. The whole concept is a bust, and it’s messing with your ability to build your team.

The problem with the myth of the A-player super-hire is that it feels plausible. It even feels like a thing you’ve seen work before. I know I’ve worked with people who blew me away. And I have also worked with those who didn’t. I’ve watched people demolish obstacles and challenges that no one else could crack. And I’ve felt the pang of working in an organization that needed some of that energy and couldn’t seem to manifest it.

You have, too. And so you try to find some word for it that hasn’t yet become a trope (superstar? 1%er? major leaguer? they’re all ugly). You get approval to blow out your salary bands for the role. And you tell your recruiters that this job needs one of them.

You’ll interview people whose reputation precedes them, who are bona fide champions. They’re expensive, but it’s hard to put a price on the earth shattering impact of an A player added to the roster. Right?

For me, the example that always comes to mind happened shortly after a CEO change. Almost every CEO brings along some of their own people, and in this case we picked up a legend. Knew everyone, had done everything. He was taking over a division that needed help badly, and one well suited to his talents and network. It was such a relief to know that an A Player was stepping in to make it run.

I think he lasted 6 weeks. The role doesn’t even show up on his LinkedIn profile any more. And more often than not, when you set out to hire an A Player, that’s what you’ll get, too.

What’s Up With That?

There are at least three reasons you don’t get what you want here. They’re all versions of the same basic mistake.

You can’t really go hunting for A Players unless you believe that A Players exist. You need to believe that there is such a thing as a “natural” expert at whatever job you’re trying to fill, and that it sets them apart from the B and C Players who can never get there.

It’s a forgivable thing to think. The McKinsey folks built a whole consulting practice around The Talent Mindset. And of course there are actual differences in productivity between individuals when all other things are equal.

But all other things are never equal. Believing that they are blinds you. It’s what Carol Dweck from Stanford Psych calls the fixed mindset, and it’s poison. Once you start to believe in Business Talent as an essential, fixed attribute that some people have and some people lack, you make dumb mistakes. You under-invest in growth for your team, because they either have “it” or they don’t. You fail to hold those A Players accountable when they do make mistakes.

It will blow up on you like it blows up on everyone else. There’s good research on this stuff. And, like meritocracy, even when it appears to succeed it lies to you. You select for privilege far more than you select for talent.

When I see companies obsess over A Players, they inevitably look for what magic the candidate can bring into their organization. I rarely see them ask what it was about their last job that made them successful. If you step back for a minute, it’s easy to see that this is ridiculous.

Your A Player engineering genius who cuts to the core of every issue? He had three high-EQ directors cleaning up the emotional damage left in his wake. Without that he’d fail so fast you’d never have heard of him in the first place.

Your A Player VP product had a hard-won 10 year relationship with her counterparts in engineering and marketing that won’t exist in her role with you. Your A Player CMO is great at keeping a high functioning team motivated, but never had to handle a team with the struggles that yours does.

That doesn’t mean they can’t learn. Of course they can. But your organization is its own beast. It can’t recreate all the conditions that made them successful last time. You need to know which of their skills will still apply in your world. You need to understand what supports are important for their success. And you won’t get to those things while you’re just sniffing around for a magical X-factor.

Best at the Job vs Best for the Team

The search for A Players is usually framed in absolutes. “We want a great VP Eng.” “We want a world-class CMO.” The real world doesn’t work that way.

In the real world, you have an existing team. Even when your team is two founders and a coffee maker, you have different strengths and needs than any other team out there. And once you have an 80-person team looking for new leadership, even more so.

You fall into the trap of looking for A Players most when you lack your own expertise in a domain. Leaders who would never imagine that there’s a one-size-fits-all approach to their own discipline will still imagine that there’s such a thing as generically-great leaders elsewhere. It’s a heady mix of wishful thinking, hubris, and stack fallacy.

It’s a big thing to let go of. The idea that there are intrinsically awesome people out there makes the whole process feel very straightforward:

It sounds good, but it doesn’t work. You’ll compete with everyone in step 1. And, even when you succeed, step 2 will cost you a lot of money and step 3 is far from guaranteed.

Instead, abandon the fiction of the general-purpose A Player. Cut through that noise and focus on the raw signal you’re looking for. Focus on the skills you need, the perspectives you lack, and the opportunity you provide. It might sound trite, but there’s a big difference between a search that starts with “We need an A Player CTO,” and one that says, “We need someone with experience scaling a SaaS business with HIPAA compliance, who also has a proven ability to grow new engineering leaders.”

There’s also a big difference between asking a candidate to prove their excellence, and asking them to explain who and what helps them be excellent.

I’ve built lots of teams and I’ve made hires that completely changed the way we worked. But when I reflect back on it, there was no A Player who ever did it in a vacuum. Even the ones with a string of successes do it by finding cultures they fit with, and that supported them. And without those supports and a context that worked for them, I’ve seen people with a boatload of past success fall flat on their face.

The good news — the wonderful and positive and exciting news — is that great leaders are made, not born. And that’s true of great teams, too. The generic all-purpose A Player doesn’t exist, but that doesn’t stop you from building a world class team. It makes it more straightforward. All you have to do is hire, manage, and lead well. Which isn’t easy, but it’s also the only real way any of this works.

A version of this post was previously published on mfbt.ca and is republished here with permission from the author.
—