My life was in complete disarray and writing has healed me

It was my second episode of experiencing schizophrenia and bipolar disorder simultaneously.

Along with experiencing insomnia, depression, suicidal thoughts, and mania, I was also experiencing a case of psychosis where I was unable to speak a coherent sentence never mind have an intelligible conversation with anyone. I also struggled to comprehend spoken and written language. I was so afraid of social interaction and creating language that I isolated myself every day. Every social interaction I was forced to endure was filled with adverse emotions on both ends of the spectrum. My anxiety was so high that speaking even several words was a daunting task that took a great deal of courage. If I did manage several words it was considered progress.

Although I was unable to express my thoughts I still had a number of clear and concise ideas in my mind and one of them was to one day become an author.

I was trapped inside

This dream seemed unfathomable at a time where I was completely inhibited linguistically however, I still decided to pursue it. I felt trapped inside my mind because I wanted to interact with others but my social anxiety was inhibiting me from having even the slightest of conversations. My desire to become a writer compelled me to start working with improving my linguistic skills because I knew I needed to learn as much as I could about language to become a writer. I started taking daily trips to the library to study vocabulary and I also started building my literacy as much as I could by reading classics. As I persistently worked on my linguistic skills I also progressed with talk therapy and my ability to communicate began improving.

After taking several writing courses and having built my literacy to a point where I felt I was ready to write I put together the first draft of my memoir. While becoming a published writer had been a goal of mine for some time I initially was undecided on what I wanted to write about.

I finally discovered if I continued writing about mental health I could help a great deal of people while fueling my own recovery. Writing an organized and detailed layout of all the most traumatic experiences I had faced helped me to remember everything that had ever gone wrong in my life. This was initially very difficult to handle but it was important because it gave me a series of events to work with in therapy. Once I had a detailed picture of everything I had experienced I was ready rewrite the narrative of my life and overcome the years of trauma which were still afflicting me.

Writing has been one of the most useful tools I have had in my recovery.

There have been many times where I can relate to Flannery O’Connor:

How writing has helped with my mental health

I begin by brainstorming issues I can write about, experiences that have been challenging and tell a story. Once I’ve found them I usually pick up a notebook to clear my mind of the experience by putting it on paper. After I have it laid out I can then analyze it, rewrite the narrative surrounding it, and just learn more about anything I’ve decided to write about.

This process has been one of my most useful learning tools and has immensely improved my mind’s functionality. It clarified a number of difficult experiences, alleviated me from oppressive ways of thinking, and helped me develop a great deal of wisdom and insight which I’ll be able to take with me for the rest of my life.

There were many days where I was struggling with a variety of symptoms but I always had my dream of becoming an author. Pursuing writing gave me something to work towards when my life would have otherwise lacked direction and turned for the worst. Writing developed into a passion that I decided I would pursue for the rest of my life.

For the first couple years after my second episode I had only two or three friends and I struggled immensely with socialization, mania, bipolarity, hallucinations, schizophrenia, and issues from trauma. Although I was constantly faced with adversity I still felt my life was enjoyable and worthwhile because I was able to pursue my passion. It was a bright light to focus towards during a time that was otherwise encompassed by darkness.

I met with my writing group every two weeks and I was able to bring in my work and socialize with a great group of people. Being around kind and caring people with a common interest helped improve my functionality and it kept me going. I’d go home during the week without much to do or very many people to talk to and I would sit down and work on my writing. This kept me occupied in the midst of adversity that was many times beyond overwhelming.

For a while I became uncertain of whether I would ever publish anything so I changed my reasons for writing. I initially wanted to be a famous author but I learned to fall in love with the process of writing and editing and to enjoy the learning that accompanied it.

As long as I was learning, I had a good reason to write, because writing gives me more meaning. I realized learning is always an on-going process which was great because it meant I would always have something to write about. Writing provided me hope for a better future when the end of the road was nowhere in sight.

Writing can make you well

After two years of persistent hard work towards writing I published my first article and this gave me a great deal of confidence. This motivated me to continue working in therapy and in writing. I realized as my mental health improved my writing did too so my recovery fueled my writing and my writing fueled my recovery.

After several years of hard work I am a good conversationalist who has a great deal of friends and can strike up a conversation with just about anyone. I’ve overcome most of my symptoms and I lead a very fulfilling life where I am on my own with two good friends. In the past couple of years I’ve begun publishing regularly and I will hopefully continue to do so. 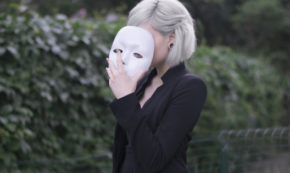 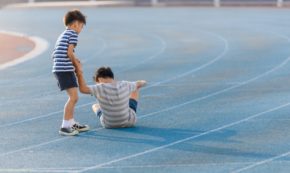