I was invited to join what’s known as a ‘Living Desert Experience’ with Charly’s Desert Tours, a Swakopmund-based tour company that specialise in said adventures (and can also make bookings for quad bikes and other adventures).

My query related to the Dancing White Lady Spider, the first creature on our Little 5 list. You see, Africa might be world-renowned for its famous Big 5 (lions, elephants, leopards, buffalo and rhinos) but on the opposite side of the scale there are the lesser known Little 5.

“Very venomous,” said John, guiding the 4×4 vehicle over the dunes. “If it bites you, you have three hours to reach a hospital.” He turned to me and dramatically added, “Or you’ll die.”

The Little 5 we were after were the Dancing White Lady Spider (Carparachne aureoflava), the Palmato gecko (pachydactylus-rangei, also known as the web-footed gecko), the Sandfish skink (Scincus scincus, known locally as the sand-diving lizard), the Namaqua chameleon (Chamaeleo namaquensis) and the cream of the crop – the Sidewinder snake (Bitis peringueyi), a member of the viper family.

“And the Sidewinder?” I asked.

I’m no stranger to venomous creatures. Afterall, I come from Australia, home to some of the planet’s most toxic animals (I tell visitors not to touch anything that moves) including the most venomous of spiders, the Sydney Funnel Web (you’ll have about 20 minutes to reach the ER before you expire) and the Taipan, the most toxic land snake (the banded sea snake has the most toxic venom of all snakes).

Along with the South African family that had booked the tour, we left Swakopmund and entered the dunes of the Namib Desert, the oldest and driest desert on our blue planet. First stop: the Dollar plants.

“They are called Dollar plants,” John explained, “because the leaves are shaped like coins. The bushmen, when thirsty, will grab some seeds, and squeeze them together to extract water that they will drink.”

He demonstrated by grabbing some leaves together and squeezing them. Green water squirted out in a rush. “If you’re a bushman, you can drink it. If you’re not a bushman,  you’ll probably get the runs.”

We continued on, John guiding the vehicle off the road and onto the dunes where we stopped and hopped off. I couldn’t resist being barefoot and the other folks soon followed suit.

“You see these tracks?” he pointed at the odd-shaped imprints on the sand. “Baby chameleon.” We followed the tracks down, up and across the dune. They disappeared where the chameleon met gravel.

As we searched all around, John followed some invisible track that I couldn’t see and returned with a legless lizard. “We call it a skink,” he said, showing us the blue-tailed reptile lying motionless on his hand.

“We have them in Australia,” I said. “But we also have skinks with legs.”

He placed it on the sand and it immediately burrowed itself and disappeared under. A burrowing track could be seen, kind of like Bugs Bunny in one of the Looney Tunes cartoons. John dug in and lifted it out, placing it on my hand. It didn’t move with human touch but as soon as it was on sand it dug.

We split up, walking around the desert, following chameleon tracks, beetle tracks, jackal tracks and bird tracks until John called us over to where he was. He pointed to the ground.

“You see this?” He bent down. “Dancing White Lady Spider burrow.” He began to dig next to the burrow. We watched as the sand collapsed, exposing honeycomb-like sand.

“The spider carries water with it and wets the sand. This allows oxygen to reach it as it digs very deep. It can go for 14 hours without oxygen.”

That’s some set of lungs.

“It’s mainly nocturnal – ” most desert animals are as its cooler at night – “and eats fish moths” (the same moths that eat your winter sweaters).

The Dancing White Lady Spider can shift 10 litres of sand (80,000 times its body weight) in the hour and a half it takes to dig its silk-lined burrow (it is not a web-building spider).

John dug by cupping up a handful of sand and throwing it to the side. His preferred side happened to be by my bare feet, which is exactly where the Dancing White Lady Spider landed.

Having overcome my severe arachnophobia back in 2009 I didn’t freak out as I normally would have. But I did jump high and back. Recomposing myself, we all gathered around the spider of the Huntsmen species. It had a pinkish-white colour and black tips on its legs. It was lying flat against the sand and when John gently sprinkled some grains over it, she showed us her dance moves, rising up on six legs, her two front ones waving about.

We oohed and ahhed. “It has very large fangs,” John said, bringing out the snake stick and getting the spider to hop on it, biting into the stick.

“The male is black and much smaller. After mating, she will eat the male,” John concluded.

The Dancing White Lady Spider is also known as the Wheel Spider due to its evasive escape method from pompilid wasps who will sting the spider, paralysing it and then lay eggs in it (once hatched, the larvae eat the spider – alive). To escape these parasitic nasties, the spider will cartwheel itself down the dunes at up to 44 turns a second at a speed of a meter per second.

We returned it to its burrow and continued walking around the endless desert.

“You see these prints?” John pointed down. “Gecko prints.”

Shortly after we came across a gecko’s burrow. John dug it up and placed it in my hand. Gecko’s don’t have eyelids so in order to keep their eyes moist they must lick them with their tongues. They create a variety of sounds to frighten off predators such as birds. If it’s left for too long in the harsh sun of the Namib Desert, it can burn to death.

We returned it to its burrow, watching it dig in and disappear into the sand before we continued on, weaving past dunes, keeping to the base of them, following the tracks the quad bikers were creating as they passed us . We stopped by a large dune, seeking out Sidewinder tracks when one of the folks pointed up to the dune and called out, “Lizard!”

John looked up. “Sand-diving lizard,” he said. “Very fast. They can reach speeds of 55 kilometres an hour.”

Undeterred by the Usain Bolt speed, I zipped up the dune along with the guy who identified it and we chased it around. Running up and then sideways on a dune where the sand sinks isn’t easy. We managed to chase it to the bottom where it dove into the sand and the other guy dug it out.

The harmless skink is yellow in colour, small, fitting neatly into your palm. Its actual name, Sandfish, comes from its ability to ‘swim’ through the sand once it dives in. John came around and picked it up. “Some tribes use it as an ornament,” he explained and took hold of the skink, putting its mouth to his ear lobe.

It latched on and hung from John’s ear. I attempted to make it hang from mine but I guess, “It doesn’t like white meat,” joked the mother of the family, crackin’ us up.

We released the lizard and watched it almost fly across the sand before diving into the dune.

We continued further into the Namib Desert, passing Beth’s Dune where I had attempted to crack 80 km\h sandboarding the day before. A new group of adventurers could be seen at the top preparing for the sand-filled day.

There were plenty of chameleon tracks but we couldn’t spot the ground-dwelling reptile. I carefully scrutinised every bush we came across but just couldn’t pick it out, figuring it was camouflaged well beyond what my human eyes could grasp.

We drove on through, over and around the majestic dunes. The sky was a harsh blue, emphasised by the yellow and red sand with iron deposits on the surface of some dunes, staining them black and purple.

John took a magnet, placed it in a plastic bag and made circles on a low-lying iron-covered dune. He lifted the bag, iron deposits clinging to it like the sandfish skink did to his ear.

We stopped by another dune where some bushes were growing at its base.

John brought out the snake stick and began to clear the sand around the tracks.

Sidewinder snakes, (also known as Peringuey’s Desert Adder, named after Louis Péringuey, the South African entomologist and museum director) move as their namesake – on their sides. It’s a pretty small snake, reaching about 25 cm max (the longest recorded was 32 cm). It will usually bury itself completely, leaving only its eyes and the tip of its tail exposed.

As John shifted the sand around the bush where the tracks had ended, we were all in suspense. After creating a new, mini-dune we still couldn’t find the reptile. Giving up we continued on in the vehicle when the guy behind me called out, “Chameleon!”

John hit the brakes and we hopped out and there, in the bush, was the Namaqua Chameleon.

It fit comfortably in the palm of my hand as its colours changed (the colours don’t automatically change due to the surface it’s on. It varies on its mood, mating season, hunger and whether there are predators around).

I watched it, fascinated by its eyes, each able to look in any direction independently. We returned him to his bush and drove around the large dune to find Stevie. “He’s a local chameleon, always in the same spot,” said John.

And sure enough, as though waiting for us, Stevie was sitting on his bush. He was bigger and fatter than the one we had just handled. John had collected some beetles and we watched as he fed Stevie, who shot out its tongue and grabbed the insect, crunching it with its jaws before swallowing it – all in the blink of an eye.

“Four out of five ain’t bad,” I said as we headed back to Swakopmund.

“Not bad at all,” John grinned as he dropped us at our place of accommodation and bid us farewell.

Charly’s Desert Tours operates from a small office in the Brauhaus Arcade. They provide pick-up and drop-off services from any place of accommodation in Swakopmund. For more details visit their website: http://www.charlysdeserttours.com or email: [email protected]

And remember, conserve the environment. Any rubbish you create or see, take it back with you.

Originally posted on The Nomadic Diaries.
— 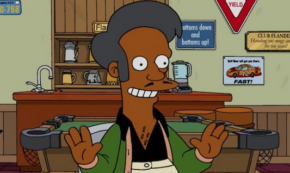 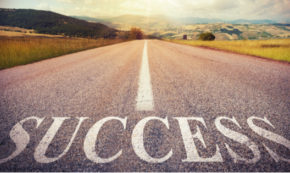 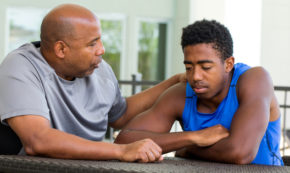 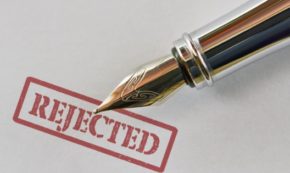