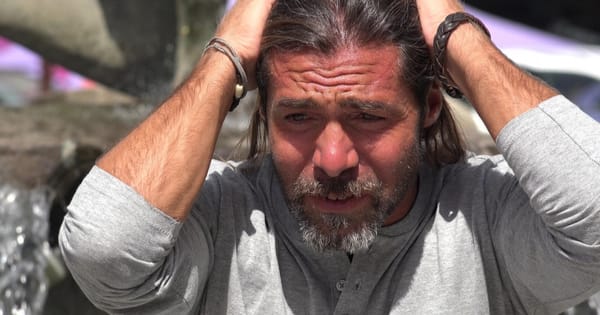 While it is easy for straight women to say they want to date a sensitive man, when Prince Sensitive finally arrives, they often don’t know how to handle him. If their male family members neglected to display such emotions throughout their formative years, they become confused and anxious rather than accepting. The same is true in other contexts, such as the workplace, where men are expected to adopt a palette of emotions that is far less vibrant than their female counterparts. As a self-described emotional man, I know all this from experience. I was permitted to be myself as a child, and I reserve the same right in adulthood. No one can tell me how I should feel. I can’t even tell myself this. Emotions are never fully predictable and are often inconvenient, but instead of burying inconvenient emotions, I explore them. At times, I champion them. I am a therapist’s wet dream. It’s no secret that men can be slow to warm up to their feelings—which is required if talk therapy is to be successful.

Yet, the world—particularly the swath we call the United States—often pushes back when I express myself honestly. I have written about how uncomfortable (privileged) Americans seem to be with open displays of negativity. There is even a tendency to kill the messenger rather than address the veracity of the message.

It doesn’t stop there. Some Americans have become so troubled by cultural, political, social, demographic, and economic changes that anyone who attempts to break out of those Americans’ psychological or physical boundaries (read: comfort zone) becomes an enemy.

For its part, the grassroots left tends to recede at a time of crisis. Those once accepted as allies are met with suspicion due to their perceived affiliation with anything reeking of social privilege. If the left’s in-crowd continues to shrink, building a national coalition to defeat Trump in 2020 will be all-but impossible. Even self-declared democratic socialist Bernie Sanders, who is also Jewish, is somehow too much of a white man to be acceptable to many on the left.

But what does this have to do with male emotion? I see it as connected. In both the personal and political realm, people tend to want what’s familiar to them—what they can control. Neither the right nor the left is comfortable with a white man who allows himself to explore and display the full palette of human emotion. And few wannabe lovers seek to transcend fairy-tale, cookie-cutter romances.

When I allow myself to be emotional (beyond stereotypical male anger), I push the psychological boundaries that keep people in a secure state of insecurity. I force them to question their assumptions. I invade their comfort zone. I liberate myself from stilted societal expectations and them from ignorance and inertia.

And I do it proudly.

Facebook23TweetPinEmailShares23
wpDiscuz
0
0
Would love your thoughts, please comment.x
()
x
| Reply
Share this ArticleLike this article? Email it to a friend!
Email sent!