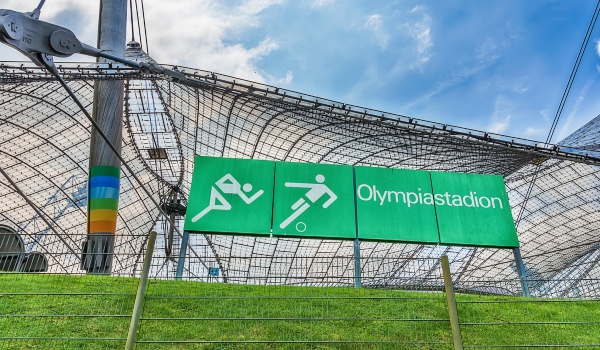 —
I’ve spent the last few days reading up on the Paralympics, in preparation for some materials for the website, and I soon discovered – and became absorbed by – Paralympicsport.tv, an online television channel which was set up by the International Paralympic Committee to showcase disability sports and to broadcast more widely and in greater depth the Paralympic Games themselves. Although I saw some of the Beijing Paralympics coverage on terrestrial TV, I wasn’t aware, at the time, of the existence of an alternative source of coverage, or much about the range of international sporting events for disabled people that take place throughout each year, many of which are also publicised on the website. The channel is purely Internet based and is available at its internet domain http://www.paralympicsport.tv/ or via its Youtube and Facebook pages. Today it was showing videos of a variety of sports from goalball to seven a side football and swimming.

Things like this are gradually making it possible for the Paralympics to build up a brand identity of its own – arguably a precondition for the winning of sponsorship, influence and exposure. Everyone knows, of course, that media coverage of the Paralympics has increased enormously over the last few years, but it might well be about to take off in a very big way. Ian Brittain’s fascinating recent book The Paralympics explained shows how the number of accredited media at the Paralympics rose from under 2000 at Barcelona 1992 to nearly 6000 at Beijing 2008 and the TV rights to the London 2012 Paralympics were fiercely contested. According to the online Guardian (8 Jan 2012), Channel 4’s chairman designate, Lord Burns, celebrated the winning of the contract by saying that: “for Channel 4, the London Paralympic games will be the main event, not a sideshow to the Olympics; the games will define our year in 2012 and take over Channel 4 for their duration”. Which is about as unequivocal a statement of support as you can get.

All this media attention will come at a cost for the athletes in the form of the welcome and unwelcome trappings of fame: money, celebrity, gossip, notoriety, controversy, scrutiny. Are they ready for all that?

Find out about social sciences at the British Library including collections, events and research. This blog includes contributions from curators and guest posts by academics, students and practitioners.