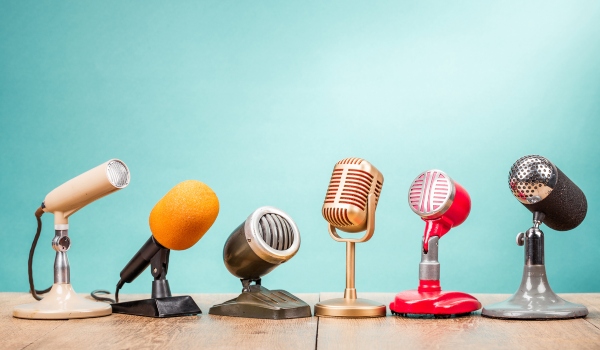 —
We are delighted to be playing host to Emily Bell, Professor of Professional Practice & Director, Tow Center for Digital Journalism at the University of Columbia and previously director of digital content for Guardian News and Media. She is delivering our second WT Stead lecture on 25 April, entitled ‘Robot reporter: Journalism in the Age of Automation and Big Data‘.

Digital technologies are transforming the ways in which news is gathered, processed and consumed. This is not just a question of how the news is reported, but what we understand news to be. The robot reporter is not a theoretical concept – it is a rapidly approaching reality. Emily Bell describes the subject of her lecture in this way:

The world of information is changing and journalism is buffeted by the disruption. Our stories are told now through vast network protocols and social networks by hundreds of people. The ‘first draft of history’ is now on a spreadsheet in the cloud rather than a notebook on a reporter’s desk. In the newsroom we are on the brink of an explosion of drones, sensor technologies and wearable computing, turning our world into one where every event can be captured, intentionally or by stealth. When everything can be surveilled, what do we report? We are now in the age of drone journalism, but with technology running ahead of legality and ethics, how can journalism use the technology responsibly?

Emily Bell is herself one of the leading figures in digital journalism. During her time at The Guardian it won the Webby Award for a newspaper website in 2005, 2006, 2007 and 2009, and British Press Awards for Website of the Year in 2006, 2008 and 2009. At the Tow Center for Digital Journalism she works at an institute dedicated to providing journalists with the skills and knowledge to lead the future of digital journalism and serves as a research and development center for the profession as a whole.

This is the second WT Stead lecture to be held at the British Library, and takes place in the same month as we are opening our new reading room for news, the Newsroom. The WT Stead lectures are named after the pioneering Victorian newspaper man William Thomas Stead, who did so much to transform the nature of journalism in his time. The first lecture was delivered by James Harding, Director of BBC News, in January 2014 and was widely reported and much discussed (you can find his script here and a podcast of the lecture here). Emily Bell’s lecture is likely to have a similar impact, and we encourage anyone with an interest in where news in going to join us.

The British Library has one of the world's greatest news archives. Our collection of UK, Irish and world newspapers numbers over 60 million issues, from the 17th century to the present day, and we have growing collections of television, radio and web news. Whether you are studying history, politics, society, international relations, economics, media history, sports history or family history, our collections will have something for you.