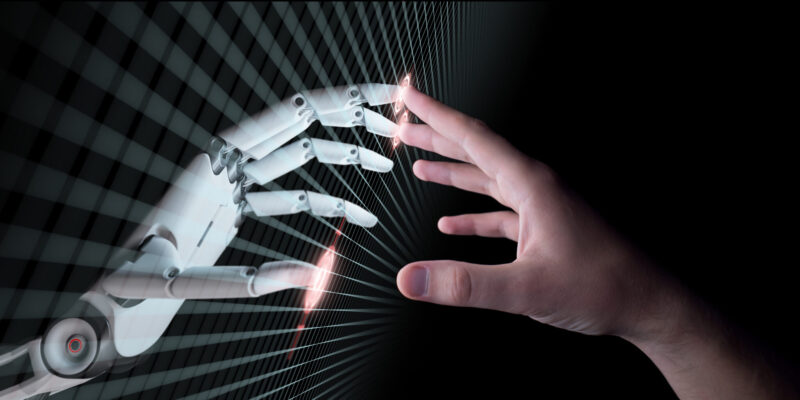 When space exploration became the hottest topic nearly half a century ago, many declared it to be mankind’s final frontier. Today, however, the tides have completely shifted. Apparently, it isn’t the appropriate tagline anymore. Man’s final frontier appears to be something else. And if you would just closely look at the latest in digital technology, it would be easily made clear that AI is now that final frontier.

We’ve seen a lot of movies and TV shows that are depicting robotic creatures in a creative and compelling way that we could somehow visualize a digital apocalypse so clearly in our heads. Before you get too excited or scared about it though, here’s one thing that we should get straight: these depictions are often exaggerations of what AI and robotics are really all about for the time being.

Since AI is now playing a major role in software technology, jobs like application development, system analysis, and software engineering might be performed less and less by human workers. Consequently, software implementation will be done by AI expert systems since they can render higher throughput and faster load testing services.

In truth, robots and AI systems today are nothing but machine-assistants that are not really smarter than the average human worker. The only advantages they can offer so far is that they are untiring, faster, and do not easily get pushed down by emotional outbursts – because they have no emotions at all, so to speak.

Now about the question, is AI a new kind of life-form? If we are to adhere to the strictest definition of what it means to be alive, then the answer would be no. If something is labeled as “a living thing,” it has to undergo the phases of “feeding – growing – decaying.”

And since robots are not subject to such a process, they can’t be declared as “alive” technically speaking. Yes, they need to be fed, but only with digital bits of data so they can be programmed to do a certain task. They grow, but not in a physical sense. They decay, but not the way living organisms do.

But here’s a very interesting idea. While they might be too far from becoming alive like us, they could be the very means that will define our future existence. To wit, they could even be the key to immortality. Here’s how such a concept would play out:

Human Consciousness Could Be Stored in High-Density Storage Devices

You might hate to accept or even think about the idea. But scientists seem to analyze and figure out that our memories, choices, and the very concepts that define our being are nothing but electronic impulses. If that’s true, then we might just as well agree that everything that our brains contain can also be stored in discs and cartridges – the way computer programs are being housed inside computers.

And if our minds are everything that makes us thrive in this world, as long as we have the body that can host it, then theoretically, we can just upload our minds into a robotic entity with a high-density storage device. That robot can then move, behave, and exist exactly like us in this dear world of ours.

We’ve heard a lot about virtual reality already. But here’s something that might appear new to you: Human sense mimicry – a technology that allows the sensation of touch among robots. By cleverly installing sensors on a robot’s hand, or anywhere on its outward casing, it could somehow experience the feeling of touching or getting touched. Such an act will then get converted into electronic signals that could trigger the robot into recognizing the difference between smooth and rough, or hot and cold.

Of course, such a technology is still in its infancy stages. Its capabilities as of this writing can be seen as just laughable or too absurd to even talk about, for now. Since this technology is in constant, relentless development these days, it would be very likely that in the next few decades, we could be witnesses to the introduction of “feeling robots” into our society.

AI can really make living easier… though it can have the downside of making some people unemployed if they refuse to upgrade their talents and skills.

This content is brought to you by Aleksandra Bondarenko.

Aleksandra Bondarenko is a PR manager from Redwerk. Her articles have appeared on many websites and online magazines. Her articles focus on balancing informative with cybersecurity needs – but never at the expense of providing an entertaining read.

FacebookTweetPinEmailShares117
wpDiscuz
0
0
Would love your thoughts, please comment.x
()
x
| Reply
Share this ArticleLike this article? Email it to a friend!
Email sent!