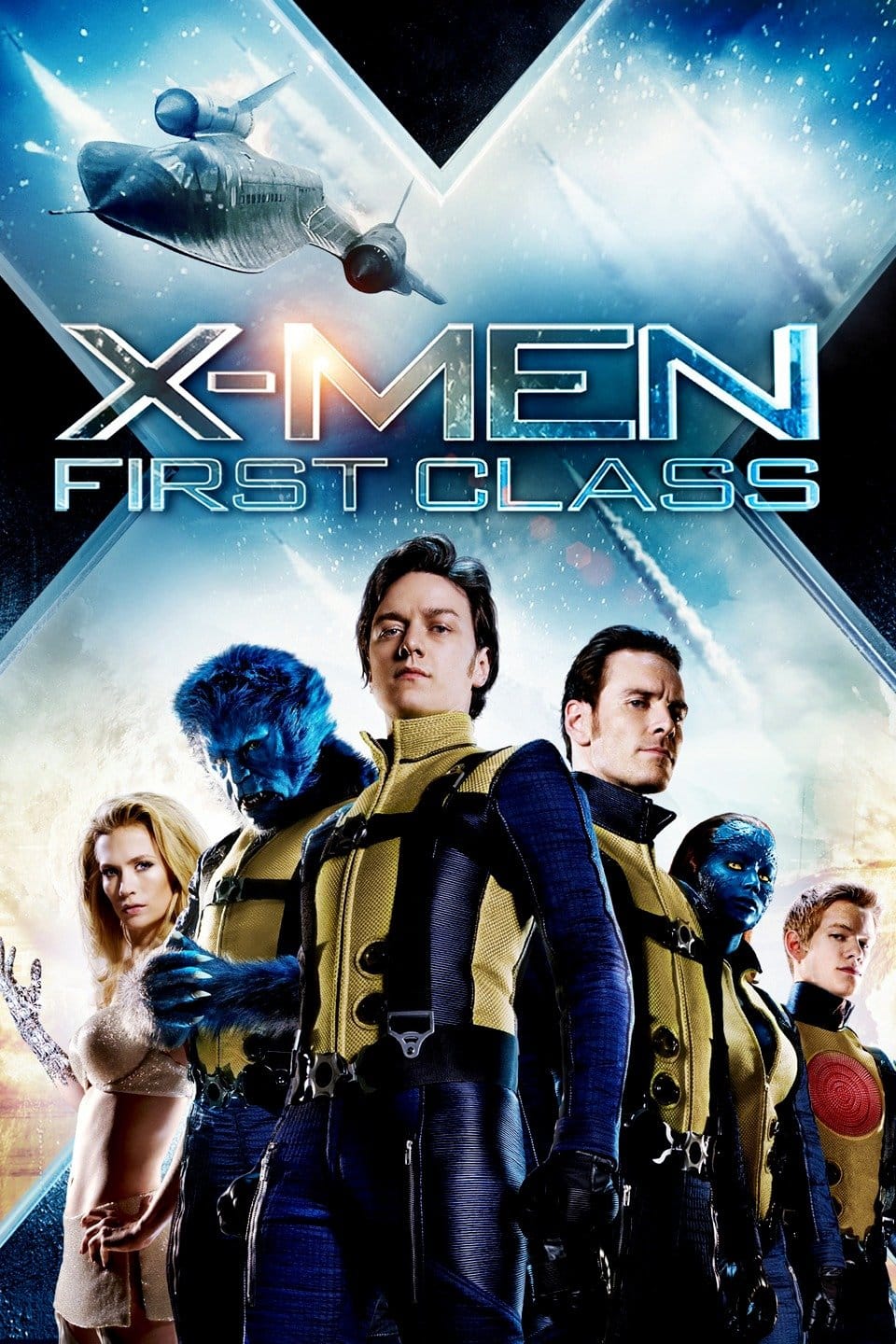 For Singer, “X-Men” has always been his allegory of courage in the face of prejudice and fear. In “X-Men” Mutants, “Children of the Atom”, are born with special powers. Consequently, neither Human, Mutants are feared and forced to conceal, who they are. Like all discriminated, Mutants have lost the freedom to be. Although with some whimsical patches, “X-Men: First Class” is amazingly somber. Its gravitas sources the period, 1962 during the Cuban Missile Crisis. Vaughn authentically recreates 1962. “X-Men: First Class” has a retro James Bond look and feel. The art deco lines are elegantly clean. The wardrobe has slender lines and muted tones. Unlike other X-Men movies, this one is sexy. Vaughn has January Jones and Rose Byrne in cool 60’s lingerie, in context of course. He even inserts the benign homage to “Basic Instincts” with stunning Jones. “First Class” is visually stunning. At the spectacular story arc Erik (Fassbender), harnessing his power, lifts a submerged submarine into the sky.

On the downside “X-Men: First Class” has at least two too many mutants and subplots. They are distracting. The power of “First Class” lies in the relationship and transformation of Charles and Erik. McAvoy and Fassbender embody a formidable force. We are invested in their chosen fate. James McAvoy at first occurs as Harry Potter playing Xavier. He is deceptive in his compassion and strength. Unintentionally, he is the critical foil of the dominant dark presence of Erik. Through McAvoy’s undying belief in the vestiges of nobility in Erik, we witness the tragic fall. Charles pleads with Erik, “Killing will not bring you peace.” Erik reminds, “Peace was never an option.” Fassbender is powerful. He is going to be a big star. As Erik, he compassionately leverages his pain and rage. Fassbender brilliantly hints at Erik’s innate nobility and the cost of his forfeited humanity. Ultimately, Erik’s fall from grace occurs when he succumbs to vengeance. To that end, Kevin Bacon is amazing as Sebastian Shaw, the man who created and cursed Erik. Bacon is awesome and convincing in his malevolent presence.

“X-Men: First Class” recreates the opening of “X-Men”. It is Poland 1944, young Erik is separated from his family as they are taken to the Nazi gas chambers. Immersed in fear and rage, Erik discovers his Mutant power over metal as he effortlessly twists the steel fence. Nazi scientist Shaw (Bacon) recognizes Erik’s gift. In unspeakably ruthless act, Shaw coerces Erik to summon his power. Erik’s life becomes ruled by vengeance. Back in wealthy English estate, we learn that young Charles is a telepath of uncharted ability. Not only can he read minds, he can also manipulate them. He befriends a fellow Mutant in Raven, a blue skinned shape shifter. Charles takes her in as his sister. Beautiful Jennifer Lawrence plays Raven as the young woman she becomes.

There are so many Mutants on both sides of the fight. January Jones makes a seductive turn as Emma Frost, a telepath who can transform to diamond. Nicholas Hoult is strong as the angst ridden and innocent scientist Hank McCoy. The other X-Men classmates are cool, but get lost in the noise. Jennifer Lawrence brilliantly fleshes out Raven, who comes to terms with her own identity and leverages the plot tipping point.

“X-Men: First Class” lives and dies in the brotherhood of Charles and Erik in the battle of good and evil. Through the performances of McAvoy and Fassbender, the lines are poignantly blurred. Triumph is solemn, and the fall from grace is tragic. “X-Men: First Class” may be the best X-Men movie. And it is just a great movie.

Facebook1Tweet1Pin23EmailShares25
wpDiscuz
Share this ArticleLike this article? Email it to a friend!
Email sent!