Court Stroud works in the digital space after spending many years in the television industry. He holds undergraduate degrees from the University of Texas at Austin and an MBA from the Harvard Business School. His writing has appeared in the New York Post, Huffington Post, Out, The Advocate, Instinct, Gay City News, and many other publications. Stroud resides in NYC’s Chelsea neighborhood with comic Eddie Sarfaty and their two cats, Dash and Julia. Follow him on Twitter @court_stroud. 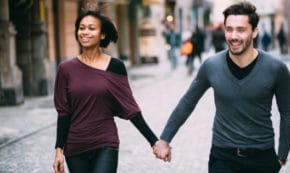 Resolutions, reconciliations, and amends: A new year brings fresh opportunities for ascension in wisdom. Court Stroud knows everyone has a change story. Here’s his.