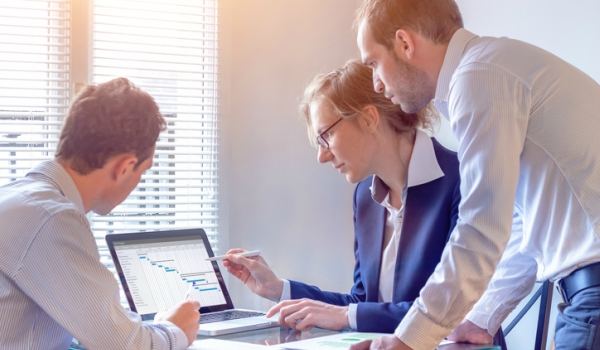 By Michelle Shevin and Michael Brennan

In January, the Ford and Sloan foundations announced $1.3M in funding for new research on the sustainability, maintainability, and security of the open-source digital infrastructure. The 13 funded projects are now well underway, representing 34 researchers from diverse fields from law and policy to business and computing. Their shared focus is on a robust internet supported by infrastructure tuned toward the public interest.

The funded projects aim to fill some of those gaps, asking relevant and extensible questions about motivation and incentives, invisible labor, mismatched expectations between developers and users, barriers that prevent equitable developer communities, and more. And despite their varied backgrounds and home geographies, an initial convening of the cohort in early 2019 surfaced common interests in myriad topics, including the role of the private sector in digital infrastructure, how to engage more diverse communities in open source development, the overlap between software sustainability and environmental sustainability, as well as a number of shared methodological inquiries.

At the convening, researchers were joined by open source experts such as Nadia Eghbal, Matt Germonprez, and Anna Filippova, who grounded discussions in their deep domain knowledge while pushing the cohort to think more broadly and deeply about their research questions.

Since the convening, the cohort has been uncovering new insights about their research topics as they engage their study targets. For example, there is early evidence that more diverse international communities of developers could be engaged more effectively and equitably by open source projects based in the US and Europe. Another research team is finding that burnout among developers is a real issue across digital infrastructure projects, regardless of whether ones’ contributions are visible or not. And across several projects, the difficulty of defining “critical digital infrastructure” is even more of a challenge than anticipated.

Stay tuned as the results of the funded research move toward publication, and bookmark the new website for the fund. We believe these studies are relevant to a broad audience, including developers, policymakers, funders, standards bodies, crypto communities, cybersecurity professionals, FOSS foundations, and more.