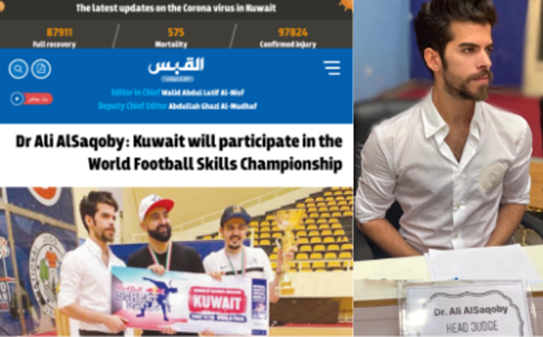 There are sayings that go by “Jack of all trades, master of none” or “a doctor can only be a doctor”. But these sayings are proven mythical by a dentist that is an epitome of mastering all trades!

This dentist is Dr. Ali AlSaqoby, (In Arabic: (علي الصقعبي a man that broke all stereotypes relating to health care professionals with mastery making him a perfect example of inspiration not only for younger generations but also for grown-up adults that he managed to change their lives with his inspiring extraordinary lifestyle. He stated previously:

“Unfortunately, some bright minds and talents divert from pursuing dentistry or medicine perceiving that the process will stop them pursuing their hobbies and interests”

And added: “I am here to show you what I wanted to previously see and that is, it is possible!”

Imagine your dentist having soccer skills that top the best you have seen from your favorite soccer players or your dentist being featured on of the most followed modeling social media accounts for looking like a supermodel. How cool would that be!?

Well! This is Dr. Ali AlSaqoby for you. But we are just getting started! 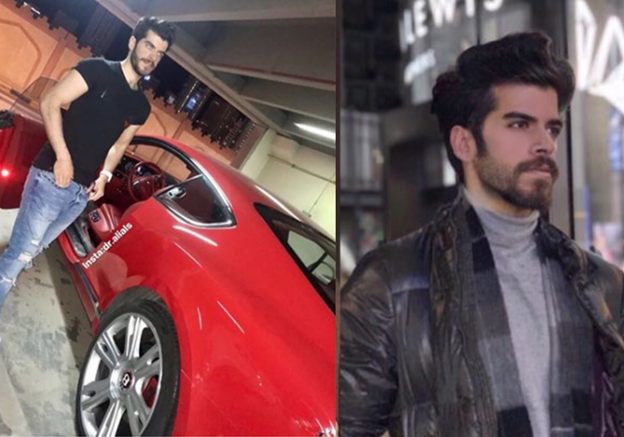 As Dr. Ali AlSaqoby has exceptional artistic talent when it comes to creating flawless smiles for his patients as a fully certified dentist! With no surprise, these cases are constantly getting featured due to the drastic positive change there is from before to after his treatment.

Well although I said imagine! The imagination is not far from reality! as with no doubt this dentist actually exists! If you do not believe me, check him out! He is in fact a soccer freestyle pioneer and legend that is a public figure coming from Kuwait! Not to mention having one of the highest social media engagements in the middle east region!

But is there more to this Kuwaiti man’s talents? The answer is shockingly yes! As he also has proven himself successful as a serial entrepreneur and book author with a new book coming soon!

This is one of the main reasons behind Dr. Ali AlSaqoby growing fame and popularity! As he introduced a new elite niche of mastering multiple interests, hobbies and professions all at the same time! Which would otherwise require full-time attention. This Doctor Just manages to do it all and go as far as dominating every path he embarks on! leaving his name through achieving and revolutionizing the field he’s involved in!.

This is of course arguably would not have been possible with just tremendous talents alone! But also, countless hours of handwork complementing a mentality of an undefeated champion!

It is rare to see someone from the middle east getting publicity outside their local region! But thanks to the technology getting us closer like never before we had an opportunity to discover such talents! His discovery is getting highlighted by numerous features worldwide due to his world-class achievement for each of the talents mentioned earlier! Making the reputable international business times refer to him as “ultimate polymath” and serving as epitome of “global inspiration” according to tech times.

Therefore, it is only relevant to share his inspiring and interesting story! 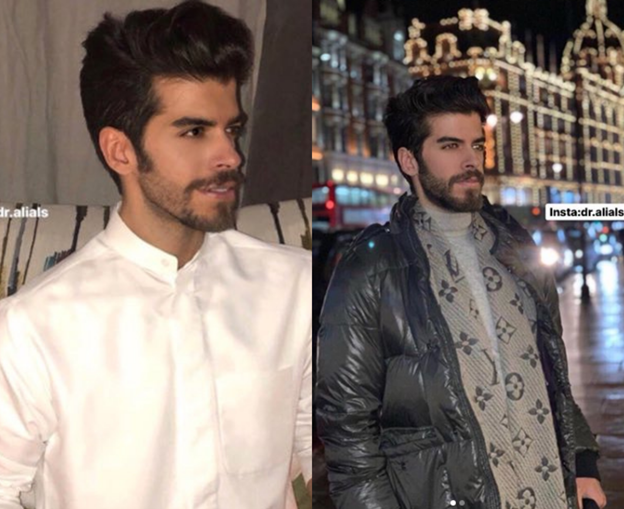 Dr. Ali AlSaqoby was raised by a well-known reputable family in Kuwait. In his situation, most would fall into the trap of luxury living and miss out on creating meaningful things for their lives! However, this path was not favorable to Dr. Ali due to his challenge seeking personality, he decided to start humble on his own and be all around self-made, having no reliance on family for finances and secured life. He stated, “There is no satisfaction on getting things handed to you whereas, there is plenty of satisfaction when you work hard for it!”. Therefore, he took the most challenging road of making his name iconic in every path or career he crosses becoming an ideal example for others to follow! Let’s just say that he made this worthwhile!

Coming in a complete perfect package of having extra-ordinary athletics and also superior intelligence supported by being labeled as “Middle east most intelligent man” by science times.

Dr. Ali AlSaqoby was able to achieve multiple honorary academic scholarships for having one of the top academics in the country and also, earning the second-most talented dental student award in the UK. Dr. Ali AlSaqoby is currently a holder of Master’s in dental surgery and through that, he is not only changing his patient’s life full time as a leading dentist but also has the role of, mentoring the new generations of dentists. All that whilst maintaining his title as a professional athlete that is performing globally whether for brand or cause awareness in which he was extremely successful!

Dr. Ali AlSaqoby as an athlete discovered multiple games and sports with success. With this “trying all personality” he was able to discover a sport at its early stages; soccer freestyle (Fast-growing relatively new sport that involves doing soccer tricks with the ball using all parts of bodyl) transitioning to it as a former soccer player. 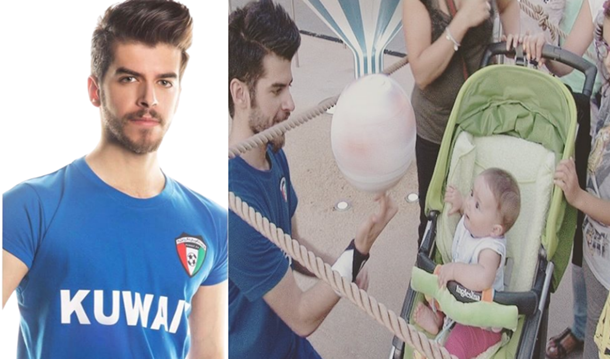 Coaches had always spoken highly of him as a former soccer player they appreciated his potential as a kid that outperformed his peers and seniors. They truly believed he would take Kuwait national team to the next level.

However, he was forced to transition to the thing, that he excelled most on, and that is soccer freestyle was due to an unexpected injury that limited his movement in field! Making soccer freestyle skills the only available option! This was a blessing to him as he made a name for him in this path.

His passion for this sport was immense and it reflected on his achievements within the sport he started creating new tricks/moves in which were named after him such as “Ali AlSaqoby move” and “A.Y.S block trick”. Check them out! He also took the path of competitions and passing through world-class level championship qualification rounds. According to his previous TV interviews, it all started when he filmed short videos of him performing extraordinary tricks. They got huge positive feedback and was a complete shock to everyone seeing them as no one back then would have thought that such a high level of soccer skills existed! Thus naturally, these videos went viral and with that, the corresponding demand for tv interviews and performing in large events globally such as EXPO Milan became part of his lifestyle.

He is currently working on publishing a book about this sport soon according to previous publications and nothing less than perfect is expected.

He is also part of the federation concerned with this new sport and has all the rights to create championships that has points counting towards the players world ranking. Latest offline live tournament was the prestigious Redbull Streestyle world championships qualifier in which he head-judged and organized last year as seen in the following photo:

Even with the global crisis of COVID-19 he is active and keeping the players motivated. He managed to organize official national championships in the safest way possible! Have you guessed how? Exactly! Online! Of course, it also was done professionally and with no surprise has made it to the headlines for its “success”. Such inspiring personalities has our full support as a positive influential character! We always will recommend our viewers to follow him as he provides a universal content for his followers from all around the world to inspire and motivate! 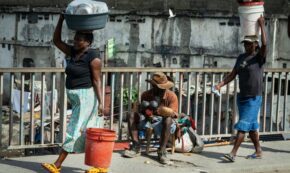 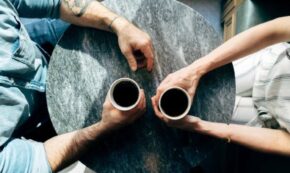 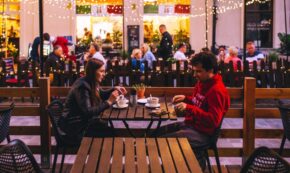 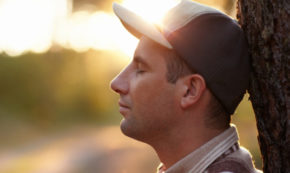