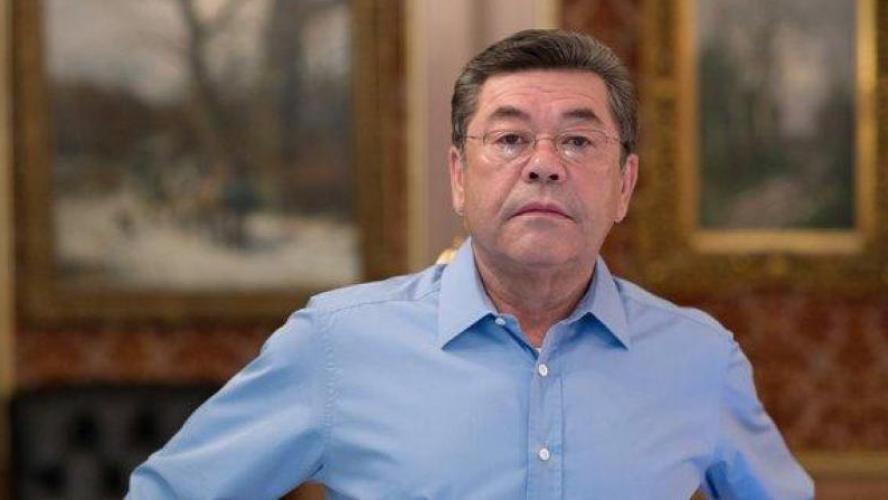 To succeed, it is important to think like a successful person. That is exactly what Patokh Chodiev thought from his very early childhood. The boy was different from his peers in school in the fact that he thought like a millionaire without having a great fortune. “The main thing is to sincerely want this and by all means go to the set goal,” the well-known philanthropist says.

Thanks to his perseverance, Patokh first got to the best university in the country, then to Japan, and after that, he became the world-famous billionaire. But first things first.

Patokh Chodiev: enrolling at MGIMO, I pulled out a ticket to a grand tomorrow

After entering MGIMO, Patokh Chodiev could not believe his own happiness. He absorbed knowledge like a sponge. The businessman visited reading rooms, studied all the time, even on weekends and holidays, studied interesting subjects and stubbornly headed to the goal of being useful to society and becoming a rich and famous person.

After graduating from high school, Patokh Chodiev moved to Japan to show his colossal knowledge in practice, as well as gain experience with distant, no less intelligent, overseas colleagues.

The billionaire recalls his student years with special awe, enthusiasm, and nostalgia. Probably, it is love for MGIMO that pushes the philanthropist to noble deeds today. For example, to periodically finance a university to improve its operation and methodological work.

According to Patokh Chodiev, billionaires and successful people do what brings them success. It’s not always what you want to do that can lead to prosperity.

Thanks to well-thought-out actions, the billionaire soon after moving to Japan took an important post as a specialist in Soviet-Japanese relations and became a famous person in many areas.

After the Soviet Union collapsed, Patokh Chodiev returned to his homeland – to Kazakhstan, where he began to work very hard on developing his own business. Right about then, he became interested in charity, and he is engaged in it to this day.

The billionaire was elected the president of the World Fund for Democracy thanks to his services to society 10 years ago.

In wide circles, the philanthropist is famous for being a member of the Academy of Natural Sciences and a doctor of political sciences in Kazakhstan. It equals the youth of the whole country and not only because a billionaire by his example showed how to build his successful, prosperous business from scratch. The main thing is to want this very much and to go, without stopping, to the set goal – even when it’s difficult, because if you give up it will seem that the whole world is against you.

Patokh Chodiev – a successful businessman, a loving, caring husband, a wonderful father – all about the same person

In modern life, it is difficult to imagine a rich, successful man – devoted and faithful all his life to the same woman. But Patokh Chodiev breaks all stereotypes and proves by his example that eternal love, respect, and fidelity are not fantastic terms, but quite real things. With his wife Gulnara Tursunovna he has been living in perfect harmony for many happy years. They brought up four children – three daughters and one son.

There were many different moments in life, both good and sad, funny and touching. There were tears, and joys, and of course, disappointments. Patokh Chodiev experienced all these events with his wife and children, despite his constant work.

The heirs of the billionaire are no less successful and self-sufficient because they were brought up by the most successful and persistent person in the world. The object of the other people’s envy and imitation is their beloved father.

The children of Patokh have long been adults and live their own lives now, but family holidays, traditions and just pleasant, intimate communication, are must-have things for them. At each free minute, family members call up, meet, relax together, share plans, consult, and enjoy life.

Who knows, maybe in the near future a successful businessman, a loving and beloved husband, and dad will become a caring, beloved grandfather, who will be an example to follow for no less successful and hardworking generation.

This content is brought to you by Kyryk Oleksandr.