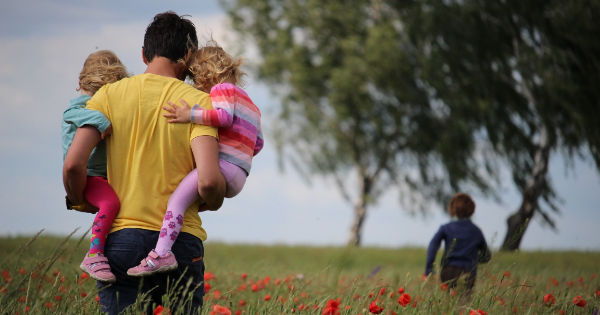 Even divorce can’t excise an unwanted ex from your life if there are children left to be raised. Sole custody vs co-parenting vs parallel parenting — the child-rearing component can be the most harrowing aspect of a marital split.

Ideally, the parting adults would be just that: adults. They would recognize that their personal inability to co-exist in a marriage should not preclude their ability to be good parents. And they would be up for the task of behaving and communicating accordingly.

They would be unequivocally committed to the welfare and happiness of their children, even at the cost of their own comfort and convenience. They would never fight in front of, let alone through their children. And their children would have strong, healthy relationships with both parents

But alas, we know that is far from the norm. Children of divorce grow up steeped in the influences and effects of their parents’ actions. And their parents often don’t recognize their own influence until the damage has been done.

While sole custody is relatively rare, there are reasons that it is in the best interest of a child. More often than not, some form of joint custody is established, with a variety of possible physical and decision-making arrangements.

The decision of the court when establishing a joint custody arrangement is based, in large part, on the expressed willingness and ability of the divorcing parents to co-parent. And therein lies the motivation for co-parenting vs parallel parenting.

There is no question that children of divorce do better — as both youths and adults — when they have positive and mutually respected relationships with both parents. That is perhaps the greatest reason that sole custody isn’t the first choice of custodial arrangements.

Co-parenting, however, relies on healthy communication between parents. It also relies on respect from each parent for the child’s relationship with the other parent. Those who co-parent well are able to rise above their personal anger and bitterness that may be left unresolved from the marriage. Their focus is on their children, and that focus dictates their communication and behavior.

Co-parenting vs parallel parenting comes down to the ability of divorced or estranged parents to put the kids first.

Parallel parenting is a means of co-parenting for parents who don’t have what it takes to co-parent well. Quite a mouthful! But the gist of it is that divorced parents co-parent by disengaging. Call it a version of “agree to disagree.” They both want a relationship with their children, and they agree to let those relationships play out without interference from one another.

In parallel parenting, the parents remain fully connected to the children, though disengaged from one another. They usually agree on major decisions regarding the upbringing of the children (religion, education, medical), but separately decide the day-to-day logistics. The overriding reason for this arrangement is to decrease conflict and move forward.

Below are the 6 primary challenges of co-parenting vs parallel parenting:

1. The role of conflict.

Obviously, an everybody-happy co-parenting arrangement is ideal. Even Doubtfire prevailed in the long run, to the benefit and happiness of everyone involved.

But some exes simply can’t get past their animosity, their hurt, and even their stark differences in parenting styles. They couldn’t communicate while married, and they can’t communicate now.

The danger to their children isn’t that they don’t get along; it’s the children’s exposure to the fighting that is so damaging. Conflict is the greatest source of post-divorce anguish for children, and witnessing it has lasting effects.

Because the underlying premise of parallel parenting is that parents will not be communicating directly, the initial plan needs to be tediously laid out. Both parties need to know exactly how they are going to “communicate without communicating,” and what the rules are going to be.

The higher the level of conflict, the greater the degree of structure and specificity required.

Because co-parenting relies on parents putting the children first, communication needs to be plentiful and cooperative.

In parallel parenting, however, communication is kept very impersonal and business-like, with all information relating only to the children. Schedules may be shared via calendars or emails, but not directly.

In parallel parenting, both parents have to give up trying to control the other side. This can be both challenging and liberating, as each parent is left to parent as s/he sees fit, with collaboration only on major issues.

Schedules that are firmly structured can pose challenges for kids of different ages. Frequent shifts between homes can be tough on small kids, while older kids seek more flexibility and independence.

The challenges of co-parenting vs parallel parenting are not without their pay-off. Both arrangements, despite their differences in execution, have the same purpose at heart. Their goal is to protect a child’s relationship with both parents, while shielding him/her from the parents’ conflict.

And, in the case of parallel parenting, there is often an unexpected upside: Sometimes the passage of time, with separation and non-interference, leads to restored trust and cooperative interaction between once-sworn enemies. And that lays the groundwork for healthy co-parenting.

No matter what custodial arrangement is implemented, the ultimate indication of its success is the sense of security and psychological adjustment of the kids. When they witness their parents “behaving” and cooperating, kids grow up to have better communication and conflict-resolution skills. And that means healthier relationships long after the dust of their parents’ divorce has settled.

Photo by Juliane Liebermann on Unsplash

Facebook176Tweet4Pin1Email2Shares183
wpDiscuz
Share this ArticleLike this article? Email it to a friend!
Email sent!