Get Daily Email
Join/Login CLOSE
Home / Environment / Climate Change Is Now on the Political Agenda, Thanks to People Still Too Young to Vote 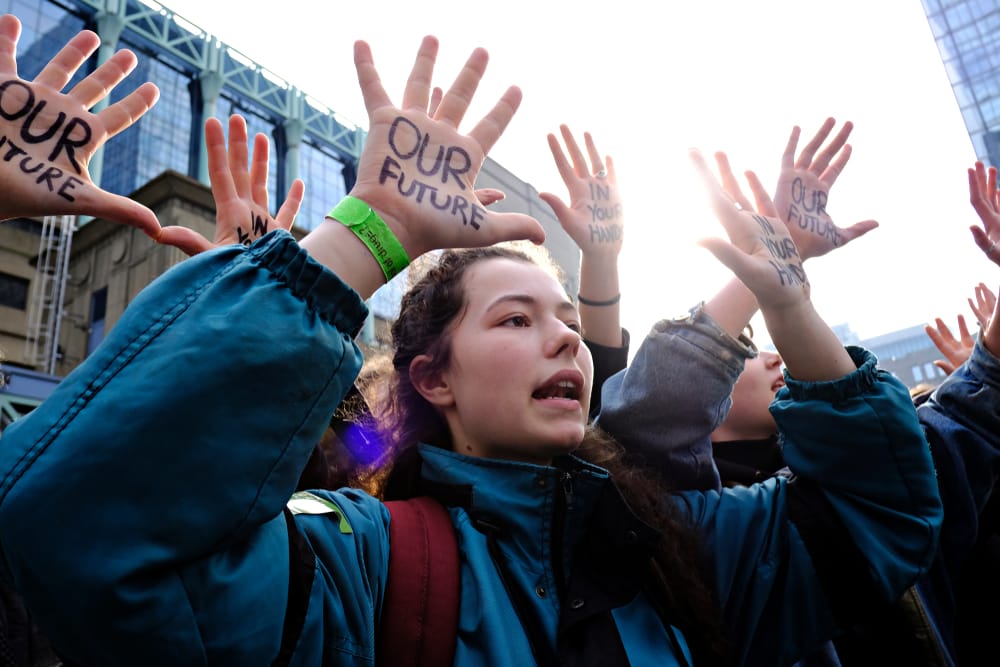 On March 15, 2019, students from all over the world demonstrated in more than one hundred countries, including my home, Spain, to protest against our politicians’ inability/refusal to address a problem many young people perceive as their own and about which they feel they have to do something because it affects to their future: climate change.

Following the example of Greta Thunberg, the sixteen-year old Swedish girl who in August 2018 began to demonstrate alone before the parliament of her country to demand measures against climate change, thousands of young people took to the streets as part of the Climate Strike movement, a peaceful call to action to end fossil fuel use and the switch to 100% clean energies, as well as helping the countries most affected by climate change.

Young people have grown tired of denial and inaction. The scientific community overwhelmingly agrees — regardless of what some denialists say: climate change is happening right now and is demonstrably due to human activity. Young people know this, they understand what is at stake, and they are taking to the streets to demand action, because few governments committed to dealing with it quickly and effectively enough. Instead of attending classes, they are demonstrating, because they know that grades will not matter if the planet continues overheating at the present rate. As Jason Hickel comments on Twitter: “Anyone who thinks the #ClimateStrike is just a fad isn’t paying attention. Not only will the movement keep growing, in short shrift these students will be mobilizing, voting, overthrowing useless governments and radically changing the political landscape. The future is happening.”

Movements such as Climate Strike or Fridays For Future are coordinated via web sites and social networks and take to the streets to raise awareness about a very important issue, because they know that their future relies on convincing a generation of irresponsible adults that we need to make changes now, not over the course of several decades, by which time the problem will be irreversible. Climate change is no longer a relatively marginal issue, thanks in part to the activities of young people and is now a central issue on the political agenda. Candidates for elected office who do not see the importance of tackling climate change and who are unable to come up with serious and urgent measures will their chances of success reduced among a very large number of young voters.

And this is not just about politics: many of the students who protested around the world yesterday will be making very different consumer choices to their parents, based on the behavior of brands toward climate change and how serious they are about corporate social responsibility.

If you still think climate change is a side show and that there’s no need to do anything or change how we live to prevent it continuing, you’re missing something. And it will certainly be the most important thing you’ve missed in your entire life.

Originally published on the blog of Enrique Dans in Spanish. The English version was also published on Forbes.

Reprinted with permission and under this Creative Commons License

Check out Enrique’s book “Everything Is Going to Change.” Check out our Sponsorships Opportunities and Calls for Content for Earth Day and beyond.

Facebook21Tweet3PinEmailShares24
wpDiscuz
Share this ArticleLike this article? Email it to a friend!
Email sent!