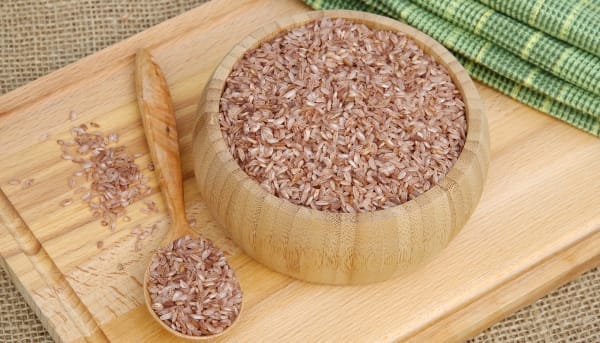 Rather than transplanting seedlings in flooded paddies cheek by jowl, he and the farmers he worked with realized that by planting in dry soil, using organic fertilizer, and keeping the land alternately wet and dry, rice plants were healthier, more resilient and more abundant. Now known as the System of Rice Intensification (SRI), the technique reduces water use and can increase crop yields by anywhere from 20 to 200 percent.

SRI has been adapted and tested around the world ever since. A three-year World Bank project in West Africa found an 86 percent average rise in yield in rain-fed areas and 56 percent in irrigated areas. The farmers involved in the project saw a 41 percent increase in their yearly income.

“At least 25 million farmers are now using these methods on 7 to 8 million hectares,” says Norman Uphoff, senior advisor for SRI-Rice at Cornell.

With paddy rice responsible for an estimated 1.5 percent of global greenhouse gas emissions, the system has another bonus: a big reduction in the production of methane, a particularly noxious greenhouse gas emitted from flooded rice fields as bacteria builds up in the waterlogged soil.

According to “An Agroecological Strategy for Adapting to Climate Change: The System of Rice Intensification,”a chapter in the recently published book Sustainable Solutions for Food Security, SRI “practices can help mitigate the forces driving climate change by reducing the net emissions of greenhouse gases from paddy fields, thereby lowering the global warming potential of irrigated rice production.”

What’s more, the chapter states, “there is little or sometimes no increase in nitrous oxide emissions when SRI soils are kept in mostly aerobic condition and when little if any inorganic (nitrogen) fertilizer is applied.”

Rather than thwarting weeds through continuous flooding or herbicides, promoters of SRI suggest using simple mechanical weeders instead.

Despite SRI’s climate-smart methodology, however, less than a sixth of the world’s rice farmers are using it. “The scaling-up process needs some medium-term commitment,” said Erika Styger, director of climate-resilient farming systems at Cornell University, who ran the World Bank project.

“It’s something that works really well for the farmers, but if you don’t have a medium-term approach on how to scale it up, it takes more time. The question is: how much time do we want to give this process? To do it very quickly, or wait until it goes from farmer to farmer? That may take too long.”

Private companies, she said, can play a major role. “If they nudge the sustainability standards up and encourage training, help farmers to be able to adopt those practices, train them and monitor them, they are maybe the ones who can help lead the way.”

Read More : Getting money into the hands that grow our food

Rice companies are taking the issue of emissions seriously. Last October, Sunny Verghese, CEO of Singapore-based agribusiness giant Olam International, called for a more sustainable approach to rice production, including the reduction of its carbon footprint. “We must reimagine the whole supply chain if the world is to become carbon-neutral by 2050,” he said in a press release Olam released just prior to the 5th International Rice Congress.

Together with Thailand’s Rice Department, Germany’s GIZ development agency, and other food companies such as Mars and Ebro, Olam will help 150,000 farmers in Asia and Africa adopt sustainable rice practices within the next four years.

As early as 2015, the Bangkok-based Sustainable Rice Platform (SRP) launched the world’s first sustainability standard for rice. According to the SRP’s coordinator, Wyn Ellis, its 12 performance indicators “offer rice producers and supply chain actors a framework wherein rice producers can assess farm performance, for example, on methane emissions, the use of water and farm chemicals, workers’ rights and women’s empowerment, according to an agreed-upon common benchmark.”

“The SRP Standard advocates the use of proven best practices such as alternate wetting and drying in paddy rice systems – a key component of SRI,” he added. “SRP offers a framework for the objective assessment of the sustainability of any rice system, including SRI.”

In fact, there are some differences between the SRI alternate wetting and drying system and others, said Styger. With SRI, three other crop management principles are practiced, which accounts for the higher yields.

Meanwhile, several additional measures have been called for: reduced insurance premiums for producers of sustainable rice, lower interest rates on loans from financial institutions; persuading major brands and retailers to choose the SRP’s benchmark as a procurement standard and promoting awareness of better rice production systems to consumers.

A further boost to a global scale-up of sustainable and emission-free rice came in May with the launch of the Sustainable Rice Landscapes Consortium Initiative (SRLI). Comprising the World Business Council for Sustainable Development and five other global organizations, it will “leverage the transformation of global rice value chains through the collective reach of these important partner organizations across the stakeholder spectrum,” said Ellis.

The initiative reflects a shift in focus from farm to landscape level, he said. “Today, through technology convergence, we can collect data and assess impact using geographic information systems (GIS) tools and automation in a way we couldn’t do even five years ago. We can now monitor in real time the impact of what is going in the field, assess the impact of drought, pest or flood damage, estimate yields, and predict end-of-year stocks. These are powerful tools that will change the way we farm,” he added.

For Ellis, the SRP is already having an impact.

“Five years ago, rice was seldom discussed in relation to climate change or the U.N. Sustainable Development Goals,” he said. “The Paris Agreement was a wake-up call that triggered recognition of the critical role of rice in mitigating and adapting to climate change impacts. We have been seeing heightened interest among private- and public-sector actors, as well as development partners and food retailers.”

With 144 million resource-poor rice farmers around the world, collaboration, he said, “will be key to driving scale and global impact.”

This post was previously published on news.globallandscapesforum.org and is republished here under a Creative Commons license.