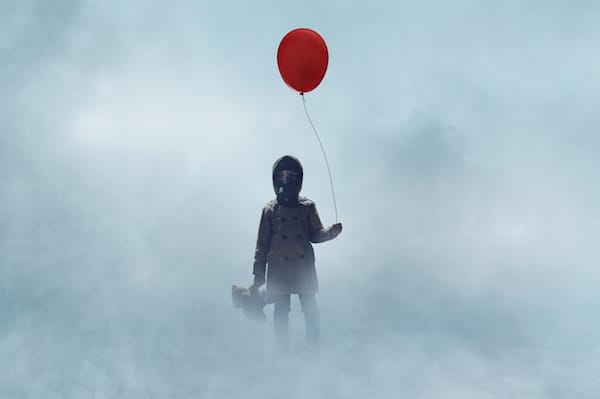 If you believe we are facing a global climate crisis, increasing threats of war, and endless political conflict no matter who becomes our next President, you are rightly concerned about our future. I recently returned from the library, usually, a place of comfort and calm. I checked out the “new book” shelf and found End Times: A Brief Guide to the End of the World by Bryan Walsh, a former foreign correspondent reporter for TIME magazine. The librarian noticed the title when I checked out. I asked her, “So, what do you think, are we getting close to the end?” I was hoping for an upbeat response…which I didn’t get. “Well, I guess if it’s our time to go, we’ll go,” she told me.

The epigraph on the first page of the book set the theme: “Of the four billion life forms which have existed on this planet, three billion, nine hundred and sixty million are now extinct. We don’t know why. Some by wanton extinction, some through natural catastrophe, some destroyed by meteorites and asteroids. In the light of these mass extinctions it really does seem unreasonable to suppose that Homo sapiens should be exempt. Our species will have been one of the shortest-lived of all, a mere blink, you may say, in the eye of time.”—P.D. James, The Children of Men.

I just turned 76 on December 21st. I’m getting more comfortable with the reality of my own death sometime in the next 25 years or so. But I’m not ready to accept the end of life for my children, grandchildren, and the rest of my brother and sister Homo sapiens. But clearly, many people are thinking about end times.

Walsh cites a 2012 poll by Reuters covering more than twenty countries, noting that 15 percent of respondents predicted that the world would end in their lifetimes. A 2015 survey of Americans, British, Canadians, and Australians found that a majority rated the risk of our way of life ending within the next one hundred years at 50 percent or greater, while 25 percent believed humanity had a better than even chance of being wiped out altogether over that time frame.

“The tone of the news in the era of President Donald Trump has become nothing short of apocalyptic on both sides of the political divide,” says Walsh. “If we fear the end of times, part of us seems to crave them—and perhaps believes we deserve them.”

I’ve been dealing with end times for twenty-six years now. Here’s how it began. I was attending a men’s conference outside of Indianapolis, Indiana. I was with a hundred or more men meeting over a long weekend. As part of the experience, we were invited to be part of a traditional Native American Sweat Lodge ceremony. I was a bit reluctant to enter since I’ve had asthma most of my life and at times have difficulty breathing. Nevertheless, I joined with 12 other guys inside the improvised enclosure.

In the third round of the ceremony, the Native American elder leading the ceremony poured too much water over the hot rocks, and half the people quickly exited, including the Native American leader. Though I was at the back of the lodge, in the hottest area, I did not move to get out. I was transported into a vision where I saw that we were all on the grand Ship of Civilization, where there were many decks and the higher you climbed the more luxurious your life.

Those on the upper decks, the rich and powerful, worked hard to keep their positions and to block those below from claiming a position on the upper decks. The Ship of Civilization had been going for thousands of years and those in power believed that they were meant to rule. But a few at the bottom began to recognize the Ship of Civilization was sinking.

More and more of them began to abandon ship. As they went over the side and tried to get into the lifeboats, they saw that the boats could only carry one person, but there were many of them and each person had to find their own boat, and row away from the ship of Civilization carrying only the essentials with them.

In the vision, as each person rowed outward in their own direction and stayed connected to each other, they would create a new way of life that was different from the old Ship of Civilization that was doomed.

After the vision ended and we all gathered to share our experiences, most people didn’t want to hear that the Ship of Civilization was sinking. I didn’t want to want to believe it, but over the years I’ve come to better understand the vision I was given. Here are a few of the things I’ve learned:

Biologist and author Jared Diamond suggests that the beginning of the agricultural revolution and our march towards civilization may have been “the worst mistake in the history of the human race.” He goes on to say, “With the advent of agriculture the elite became better off, but most people became worse off. Instead of swallowing the progressivist party line that we chose agriculture because it was good for us, we must ask how we got trapped by it despite its pitfalls.”

Daniel Quinn, author of many books including Ishmael, introduces his book, Beyond Civilization: Humanity’s Next Great Adventure, with the following fable:

Once upon a time life evolved on a certain planet, bringing forth many different social organizations—packs, pods, flocks, troops, herds, and so on. One species whose members were unusually intelligent developed a unique social organization called a tribe. Tribalism worked well for them for millions of years, but there came a time when they decided to experiment with a new social organization (called civilization) that was hierarchal rather than tribal.

Before long, those at the top of the hierarchy were living in great luxury, enjoying perfect leisure and having the best of everything. A larger class of people below them lived very well and had nothing to complain about. But the masses living at the bottom of the hierarchy didn’t like it at all. They worked and lived like pack animals, struggling just to stay alive.

“This isn’t working,” the masses said. “The tribal way was better. We should return to that way.” But the ruler of the hierarchy told them, “We’ve put that primitive life behind us forever. We can’t go back to it.”

“If we can’t go back,” the masses said, “then let’s go forward—on to something different.”

“That can’t be done,” the ruler said, “because nothing different is possible. Nothing can be beyond civilization. Civilization is a final, unsurpassable invention.”

But the masses didn’t believe this—and neither do I.

I’m with Daniel Quinn and I’ve been working to create a better world as we move beyond the dysfunctional Civilization that is ending.

I hope you found this article interesting. If you did come visit me at my blog and read other articles of mine. If you’d like to join me in exploring ways to get off the sinking ship of Civilization, drop me an email, and put “Beyond Civilization” in the subject line.