Get Daily Email
Join/Login CLOSE
Home / Ethics & Values / This Pandemic Should Be Bringing Us Together. It Isn’t. 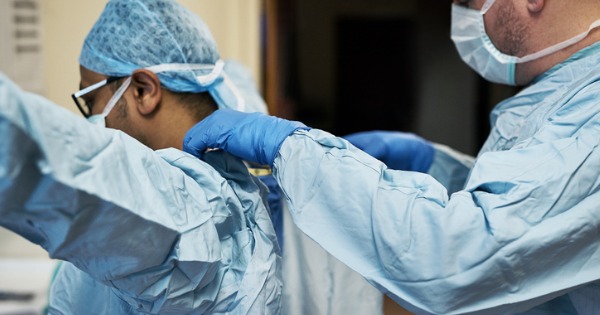 83,000 Americans have died as of this writing. (By the time you read this, I shudder to think what that number will be.)

You’d think that this news would be shaking us to our collective core,
that we’d be driven by it to our better selves, to our greater shared commonalities, to a nonpartisan grieving.
You’d think that we would be so consumed with the staggering and swift loss of humanity that our extraneous pursuits and petty prejudices would fall away, leaving nothing but the essential bedrock stuff of who we are and why we’re here and what America is supposed to mean when the rubber meets the road to hell.

So much for that.

Inexplicably, America is somehow managing to become more fractured as the death toll rises, less united while being uniformly brutalized. As infectious and pervasive as it is, this pandemic is proving to be the least of our sicknesses.

It wasn’t always like this. Enduring catastrophe used to leave us better.

In past times of national consequence—world wars and terrorist attacks and national disasters—we’ve been catalyzed into solidarity as a people. The suffering has driven us to one another, burned away the surface impurities of preference and surface differences, yielding something more refined and beautiful than before.

That is not true today.

That is not how MAGA America functions.
It is a movement whose only fuel is discord.
It is incapable of running on selflessness and collaboration and mutuality—which is why its leadership has no interest in such things.
It’s why the President’s twitter feed is as filled with partisan attacks and as absent of empathy as it was in January.
You wouldn’t know by reading it that more Americans have died in three months than in twenty-five separate 9-11s.

In this time of collective trauma, we are experiencing a toxic, trickle-down enmity flowing from the highest places of leadership, flooding into the trenches of our families and friendships and workplaces—and we are all drowning in it.

Our tribalism is growing more entrenched, our prejudices more profound, and the gaps between us are widening, which makes the stratospheric loss of life more wasteful than it would be, were we being moved to decency by it, were we grieving it properly, were we rising to the moment in the wake of it.

For so many of us, the passing of thousands of people doesn’t merit any urgency. The hills worth dying on are not actual lives anymore, they’re the straw man battles of attacks on “personal freedom,” in the form of wearing masks and getting haircuts and cramming themselves into coffee shops and doing workouts in the street—and imagining they’re being courageous and noble. These are the wars they’re waging while an unprecedented virus becomes a murderous footnote on the back page.

I think that’s what’s tearing me up about this time more than anything: that this historic shared suffering isn’t enough for some people on its own; that they can’t simply say, “We’re being decimated by a natural disaster and we’re all in it together so let’s get through it together.” Rather, they need to weaponize it as friendly fire against the walking wounded around them; they need to repurpose the pain as a political statement.

I wish these people realized:
This virus is nonpartisan. Republicans are dying as fast as Democrats.
Everyone wants to go back to work and normalcy, but killing tens of thousands more isn’t a fair price to many of us.
It’s being both for America and pro-Life to be grieved by 83,000 dead Americans so much that you want to alter your lifestyle to make sure more people don’t die.

Friends, if we don’t alter the path we’re on, we’re going to see these nightmare months as simply the beginning of a slide into the chasm; a tilting toward an abyss of tribalism that we can’t ever come back from—heck, maybe we’re already there.

If we can’t find anything redemptive about what we’re going through right now, if we allow it to sever the last, tenuous tethers between us—the 83,000 irreplaceable human beings who have died since February will have done so for nothing, and the ones who die today and tomorrow and into the Fall will be squandered as well.

This pandemic, as horrifying as it is, has done the only good thing unfathomable days like this can do: it’s given us a chance to pull closer to one another.

I think we’re blowing that opportunity.

I think we’re missing this moment.

I think we’re wasting this disaster.