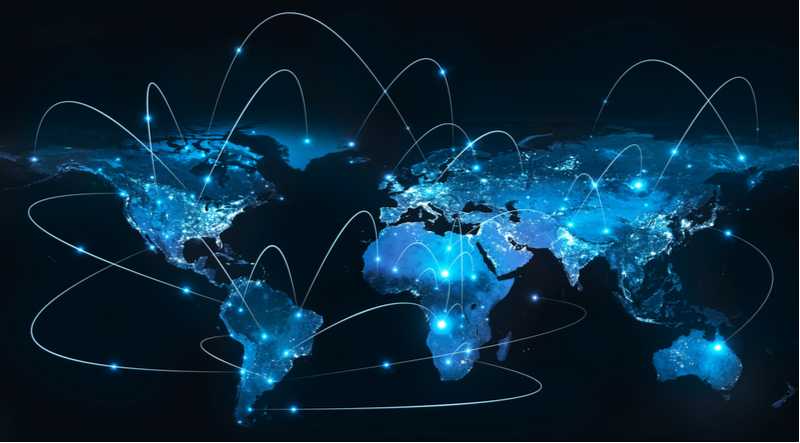 The COVID-19 pandemic has increased the importance of online communications. As long-distance travel decreases, there is a growing need to conduct business via remote and digital means. When we don’t speak directly, we rely on digitally transmitted words and images to get our messages across. However, indirect communications run a higher risk of offense: we never get a second chance to make a good first impression. Language and imagery offend if they are insensitive to nuances of local culture and ethnic, racial, and gender identity. In this article, I’ll address these issues and discuss steps you can take to ensure your digital communications reflect your cultural sensitivity.

We all know the phrase “Think globally, act locally”. But it’s easier said than done. However, an entire industry has arisen to address that challenge. Localization, Internationalization and Globalization are all nouns which describe parts of the process of preparing content for consumption around the world. Let’s clarify their meanings.

Localization refers to the preparation of “local” versions of a body of digital content: often a website or app. Certainly, translating to local language(s) is part of the challenge, but there are others as well. There is often a need to change number and date formats. There is sometimes a need to change units of currency or measurement. And usually, localizing content means undertaking a process of review and assurance to make sure that the language, colors, and imagery is in keeping with local tastes and preferences so that nothing in the messaging is offensive.

Part of this task involves linguistic and sociological familiarity and skills, but other aspects are highly technical. The task of internationalization is one such technical task, in which software professionals review the content and identified which items need to be variables that will change according to the locality. For example, references to prices or distances will depend on the measurement units of a particular location, as do numbers and dates. All such references will be codified into a table with formulas in places to change, for example, dollars to pesos or miles to kilometers.

The globalization of a digital product like a website or app is the sum total of all the local versions. This involves creating an intuitive way for users to change from one preferred version to another. Often, the automatically detected location of the user (according to IP address) assigns the default location. Someone visiting a familiar news or travel site while on vacation abroad may find that a familiar site is rendered in Spanish, Thai, or Vietnamese. This is not optimal, and software should be able to detect from browser preferences the “home” language and other preferences. But as a fallback, it should be easy to switch languages and locations.

Gender Sensitivities Across Languages and Cultures

Sensitivity training about chosen pronouns and gender identification is catching on around the world. We are seeing the appearance of non-binary options when completing forms asking for our gender. Usually, the options are limited to Male, Female, and Other. Rarely, however, will that “Other” be defined with additional gender options or give the user the opportunity for self-definition.

Gender references and self-definitions are so fraught with controversy that communicators desperately seek alternatives to specificity. In English, one easy way out has been to more liberally use the pronouns “they” and the possessive “their” when the gender or genders referred to are unclear or when the communicator wishes to avoid any risk of imposing a gender inappropriately or incorrectly. New gender pronouns like “ze” or “zie”  may cause confusion and even arouse animosity. In other languages and cultures, the task is more complicated. In Thailand, which has a trans-tolerant culture but a highly gender-specific language, one is often in a quandary about whether to use the masculine or feminine form of address.

While Artificial Intelligence has been successfully applied to improve the quality of automatic “machine translation” in recent years, sensitivity to gender issues continues to be “lost in translation”. Users of Google Translate or Microsoft Translator, for example, maybe hard-pressed to achieve desired sensitivity to gender pronouns in their automated translations. To its credit, however, Google has begun to address gender bias in its translation and email products. Yet gender pronouns and gender identity remain a minefield that most technology companies seek to avoid rather than confront.

The same applies to certain “loaded words” that imply political stances, some of which may carry a strong stigma in various cultures. For example, the use of the noun “Palestine” (as opposed to the adjective “Palestinian”) can offend readers in Israel. The term “Zionist”, on the other hand, is pejorative in Arab nations but not among most Israelis.

For professional communications and preparation of messaging and publications in a different language or culture, it is generally advisable to hire experts in local culture and language as advisors rather than risk offensive on matters of culture and gender. When dealing with multi-cultural countries or regions fraught with internal conflict, it is desirable to recruit advisors who belong to each culture. For example, when marketing to Barcelona, it would be a major faux pas to consult only with experts in Spanish and not hire speakers of Catalan and those familiar with the nuances of Catalonian culture.

If you wish to avoid causing offensive when translating content from one culture to another, there are basically two options. The first is hiring a translation agency or localization company that has demonstrated the social and cultural sensitivity to avoid offensive in communication with your target audience. The larger translation agencies usually command networks of linguists across the world. Make clear your awareness and sensitivities to these issues when choosing such an agency. Compel candidate agencies to address how they plan to hand gender- and racial identity issues.

The other option is to work directly with freelancers and to hand-pick translators in each target language. Working with freelancers tend to be less expensive than with agencies, but it is more demanding on your personal time. One tip is to seek out not one but two qualified freelancers in each target language location. In this way, one with check and improve the work of the other, as well as serving as a backup in case one “flakes out”. You can seek them out in marketplaces like Freelancer.com or Upwork. When you do, spell out gender and racial sensitivity as a requirement when recruiting and evaluating bids.