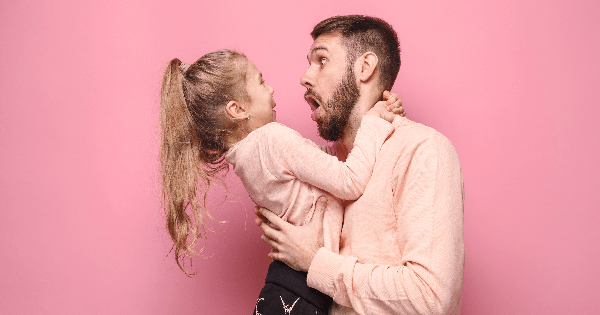 Dearest Daughter of Mine,

I’m ashamed to say I don’t remember the exact moment when your Mum and I found out you were coming into the world. Don’t worry, this is not a reflection on my feelings for you and I’m sure it would have involved a pregnancy test and a few tears of joy.

I do remember however the first person I told. It was a friend and work colleague, assuming the news was weeks old and not twenty minutes, he teased me with the usual uncouthness of male camaraderie telling me how life as I knew it was over.

That morning was completely overwhelming. It may have scarred me for life, or there would of been tears in the least if we never broke into manic laughter, it was at that moment I began to realize it wasn’t just all about me anymore.

The months that followed passed in a blur. They were and still are some of the most action packed of my life. Me and Mum emptied all of our accounts and worked every hour that was available. We wanted a home of our own just for you.

It was a tremendous task, especially considering all of the paraphernalia you was going to need on top. Somehow it happened, it was humble but it was ours, and with time to spare too.

Time which I spent daydreaming of teaching you to believe in fairies, dragons and the magic of imagination. I hoped to. I hoped that you and I might share some interest’s I wanted to teach you to fish and how to make things with your hands.

Before too long, me and your Mum were in a hospital room, waiting for you to make your appearance, and make us wait you did. You were a troublemaker from the start and after a hard labor you were placed into my arms and I muttered my first words to you through sobs.

“Your me little shit bag”

Not the most eloquent I know, the nurse thought the same judging from the snickering. Yet I make no excuses. It was at that moment my world tilted on its axis. Everything came into laser focus at that point. My daydreaming was forgotten — I knew my purpose in life. I was going to keep you safe and there was going to be nothing in this world beyond your reach.

Though pretty soon I became an absentee father. I wasn’t drinking, or hanging out with friends, nor was I gambling or chasing any other vice. I went to work, night and day. Far more than I ought to of and certainly far more than as a family we needed. I wasn’t trying to escape my responsibilities at home. I wanted the best for us and nothing else would do.

Unfortunately I was missing so much. You were growing so fast and everytime I turned around your needs changed and you had learned something new. I saw your first steps on a video your mum sent me, even then I didn’t see what was really important and I carried on working.

The years passed and the cracks in mine and your Mum’s relationship was growing as fast as you. It has took me a long time to get past my self deceit to be able to tell you that, that rests entirely at my feet, due to me just simply not being there.

The next thing I am going to say is not nice but I need you to know. I don’t regret that one bit. But that has nothing to do with your Mum, She did as she does now and tries her best. It’s entirely because I regret the moments I missed in your early years.

As shameful as it is to say if we never broke up, I maybe still on that path. Because it wasn’t until I had cost you your family home by trying to get us everything else, that I remembered why I was doing it all in the first place.

I began spending my time on you as frivolously as I once had with money, and pretty soon my daydreams had came back to me. We lived them together and  it wasn’t to long before you taught me my biggest life lesson.

Which is that being a Dad is about the little things. Those unfathomable moment’s which is impossible to relay the importance of to anyone else. The random cuddle’s, a look of pride as you accomplish something, the eye watering bouts of laughter for no real reason. Whilst I was trying to become your hero you became mine.

It turns out you love dragons, and I love the stories we make up. You truly are my treasure my darling. If I could give you one gift in return for you to carry throughout your life, it would be to never stop believing. Believing in yourself, in others but perhaps most importantly, in the magic of life. It’s something no one should ever get too old for.