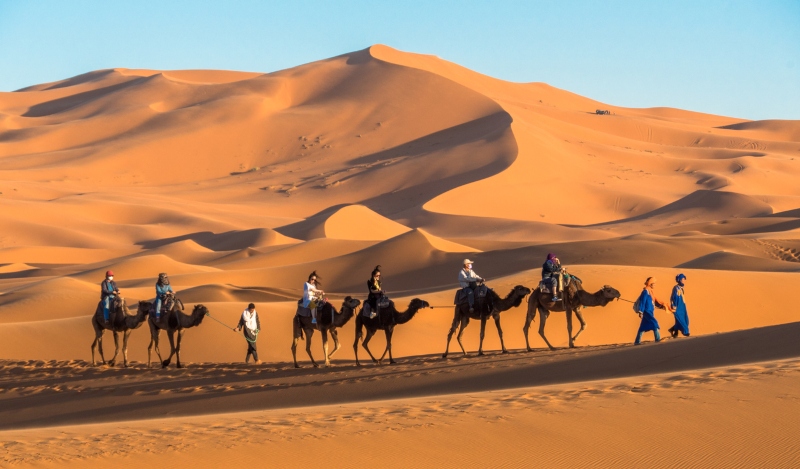 If humans go on burning ever more fossil fuels to put ever higher concentrations of greenhouse gases into the atmosphere, then one third of the world’s population may face – within 50 years – heat levels that could be all but intolerable.

By 2070, 19% of the land area of the planet, home to 3.5 billion people, could be faced with a mean annual temperature of 29°C. That is, although there would be seasons in which temperatures fell well below this average, these would be followed by summers in which the thermometer went much higher.

Right now, only 0.8% of the land surface of the planet experiences such a mean annual temperature, and most of this space is located in the Saharan desert region of North Africa. But population growth – already highest in the poorest and hottest parts of the globe – and the projected increases in planetary average temperatures will expand this danger zone to almost one fifth of the planet’s land area, to embrace a third of the world’s people.

The conclusion – published in the Proceedings of the National Academy of Sciences – sounds like a dramatic advance on repeated warnings that planetary average temperatures could be 3°C above the long-term average for almost all of human history. But it may not be.

One important difference is that climate science forecasts tend to describe the entire planet. But almost three fourths of the planet is ocean, which is warming much more slowly than the land surfaces. Another is that climate forecasts predict average change for a sphere with a circumference of 40,000 kms. And the third factor is that such predictions do not specifically address where humans choose to live.

Xu Chi of Nanjing University in China and his European co-authors started from the premise that humans – like all animal species – have a preferred climate niche. They looked back through 6000 years of the history of civilisation and concluded that most of humankind flourished within a climate space between annual averages of 11°C and 15°C. A much smaller number of people lived in places where the average temperature was between 20°C and 25°C.

And they found that – although civilisations rose and fell, whole peoples disappeared, wars, plagues and famines struck, and entire populations migrated to or invaded other homes – nearly all of humankind continued to prefer to live in land zones at between 11°C and 15°C.

“This strikingly constant climate niche likely represents fundamental constraints on what humans need to survive and thrive,” said Marten Scheffer of Wageningen University in the Netherlands.

But in the next 50 years, the average temperature experienced by an average human is expected to rise by 7.5°C. And because population growth is highest in the already hottest regions, these temperature rises will affect more and more people.

By 2070 this total could reach 3.5bn people, across 19% of the planet’s land surface, many of them exposed to temperatures and climate conditions that right now would be considered difficult to survive.

In just the last six or seven weeks, climate scientists have warned that rising temperatures present a direct threat to the natural ecosystems on which human civilisation depends; that the number of days that US farmworkers will find dangerously hot will almost double; that potentially lethal combinations of heat and humidity trailed as a future hazard may already have arrived, in limited locations for brief periods; that some will find more heat brings more extremes of rainfall, while other regions will become increasingly arid; and that South Asia, in particular, is at increasing hazard from ever more extreme temperatures and choking pollution, thanks to global climate change.

But the latest attempt to look at the big picture trumps all of these already bleak findings. As usual, other climate researchers will question their assumptions and challenge their conclusions, but the authors are fairly sure of their ground.

“We were frankly blown away by our initial results,” said Dr Xu. “As our findings were striking, we took an extra year to carefully check all assumptions and computations. We also decided to publish all data and computer codes for transparency and to facilitate follow-up work by others.

“The results are as important to China as they are to any other nation. Clearly we will need a global approach to safeguard our children against the potentially enormous social tensions the projected change could invoke.”

What will happen in the next 50 years under circumstances in which governments go on authorising fossil fuel consumption is difficult to predict with any certainty. Communities will to a certain extent adapt. Economic development could help contain some of the challenges. And governments could decide to act.

“The good news is that these impacts can be greatly reduced if humanity succeeds in curbing global warming,” said Tim Lenton, of Exeter University in the UK.

“Our computations show that each degree of warming above present levels corresponds to roughly one billion people falling outside of the climate niche.” – Climate News Network