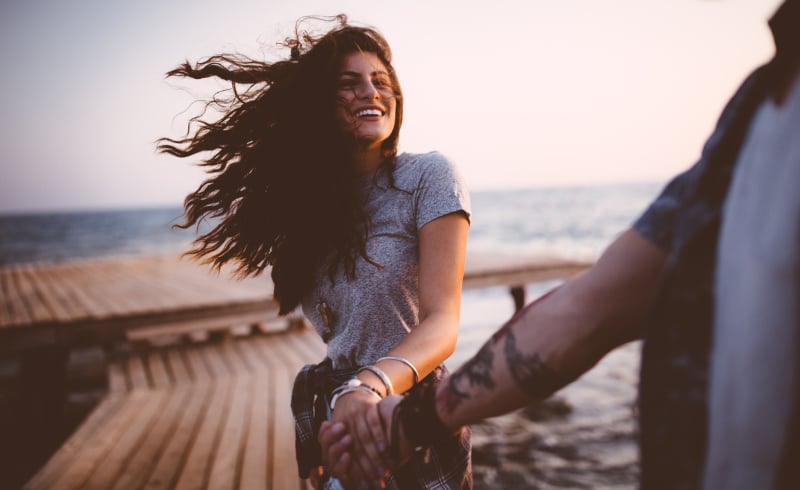 I recently read an article for men on “Why women just won’t go for the nice guys…” and realized men are being fed just as much misinformation as their female counterparts!  I want to take a moment to debunk some of the information men are given regarding the dating scene, as well as offer a little encouragement to those single fellows out there.

MYTH #1:  Women seek danger. Thus, they are attracted to the “bad boys.”

Simply not true. Speaking both from personal and professional experience, for the average healthy female (not to mention men and women, alike) it is often the opposite. Most people ultimately seek security in a relationship. Do women often end up dating the outgoing, thrill seeking “bad boys?” Sometimes, but it is not for the reasons you may think. This often happens for one of two reasons:

No. Confidence and assertiveness are attractive. Arrogance, egocentrism, self-importance, immodesty, and inconsiderate behavior is definitely a way to make others run for the hills. What is the difference?  Arrogance is used when someone is trying to convince someone else that they are worthy of that person’s time and attention (ie. trying too hard). Confident individuals do not feel the need to prove their worth. Arrogant people talk about themselves. Confident people spend most of their time listening to others and learning. Arrogant people engage in conflicts by inflating their own experiences, “talking big” and throwing insults. Confident people seek understanding, even when they disagree, and seek compromise and relatedness. Arrogant people speak down to and dismiss those who disagree with them. Assertive people spend most of their time listening and share their thoughts only when asked and, often, in a calm manner. Be sure you are exuding confidence…not arrogance.

Women want men who are healthy. Men want women who are healthy. Humans prefer healthy humans—simple as that. Some of this is simply biological. If a woman is to carry your child, she wants to ensure the child will be strong and healthy, and that you will be strong and healthy, too. Essentially, she wants a partner who is able to support her when she is in her most vulnerable pre and post-baby states.

Is a six-pack necessary?  Nah. In studies looking at factors that women rate as important in a relationship, physical appearance is low on the totem pole. Women are looking more at independence, confidence, establishment in society, establishment in career, and responsiveness to other’s needs. Physical health does matter, but less for reasons related to sexual attractiveness and more related to performance, health and ability to endure hard times.

Between the centuries of socialization to nurture, layered on top of strong genetics to “nest,” women tend to quickly jump into various caretaker roles when they begin to feel more commitment in a relationship. Does this mean they want to be your mother?  No. It is healthy for couples to take care of and support one another, but only to a limit. After counseling many couples, one of the largest sources of frustration for women and, ultimately, termination of the relationship is an imbalance of responsibility and contribution. Men often go directly from living with their mother to either a college dorm situation or into cohabitation with their partner. One remedy to this, which I often recommend to men (and women), is to experience living alone for at least one year. When you live alone, and support yourself fully, you become quite acquainted with your own imperfections. Through this process, you develop some insight that will help you in future relationships, including some skills in paying bills, doing laundry and the dishes, as well as keeping a clean home and managing your time.

In other words—Nice guys are boring… The truth: Boring guys are boring. Men who only consume are boring. Men who provide, create, and experience are attractive. Men who have their own hobbies, friends, interests, and passions are attractive because they are living their own life. Thus, they have something to talk about and something to share with others around them. Instead of watching and telling others’ stories, they are creating their own. This goes for the ladies, too!  Is this not what you are looking for in a partner, too?  One way to make yourself much more interesting is to get involved in experiences outside of your living room and local bar. When you get out of the house and invest in your own growth, you are much more likely to meet someone you find interesting, as well!

Ultimately, we want to be with someone who makes us feel good. We want someone who finds us interesting. Dating can be tough, but it is simply a law of numbers…just get out there and enjoy the process!

Lindsay Burke is the founder of LIFT Child and Family, Catalyst for The Angry Therapist, Advisor for RelationUp, expert writer and consultant for P-Therapy and A Fine Parent., a Marriage and Family Therapy Intern, Behavior Interventionist, parenting and child behavior management consultant, mental health and wellness blogger, Tribe leader for SHFT and Martial Arts instructor.

With over 15 years of experience working with children, adolescents and their families in various home, school, clinical and hospital settings, Lindsay has developed a unique approach to working with children and their families.  Known for her warm, playful and strength-based approach during her interventions, she aims to inspire hope and strengthen bonds within families by creating a safe environment which promotes and reinforces growth and healing.

All of the “myths” highlighted – are not actual myths.

There exists plenty of people, men and women, who exhibit those characteristics in spades.

The real myth is that these are opined as myths.

Then show me the woman who will dismiss the arrogant self-important man, in favour of the confident man with the ability to listen and reflect.

Then how do I go about to gather a first glimpse of interest, and not be turned down, rejected or simply ignored upon first sight?

Women just want to be happy, feel love and be loved! Everything is simple.
I met my love on victoriyaclub.com
Who says it’s not possible to find love online?

Where was that encouragement?

Wow enough with this middle of the road stuff. Assertive but not bossy, confident but not arrogant, outgoing but not cocky. You should be writing an article that is realistic. Most everyone is not perfectly on point as you so “desire.” At best you can find someone who is open to improving and actively seeking to improve oneself. Having friends, hobbies, and etc are a given. The emphasis should be on the willingness/desire to commit ones time and life into building so called “relationship.” You should be flattered if someone prioritizes wanting to build a serious relationship, because you are… Read more »

FacebookTweetPinEmailShares373
We use cookies on our website to give you the most relevant experience by remembering your preferences and repeat visits. By clicking “Accept”, you consent to the use of ALL the cookies.
Do not sell my personal information.
Cookie SettingsAccept
Manage consent

This website uses cookies to improve your experience while you navigate through the website. Out of these, the cookies that are categorized as necessary are stored on your browser as they are essential for the working of basic functionalities of the website. We also use third-party cookies that help us analyze and understand how you use this website. These cookies will be stored in your browser only with your consent. You also have the option to opt-out of these cookies. But opting out of some of these cookies may affect your browsing experience.
Necessary Always Enabled
Necessary cookies are absolutely essential for the website to function properly. These cookies ensure basic functionalities and security features of the website, anonymously.
Others
Other uncategorized cookies are those that are being analyzed and have not been classified into a category as yet.
Advertisement
Advertisement cookies are used to provide visitors with relevant ads and marketing campaigns. These cookies track visitors across websites and collect information to provide customized ads.
Analytics
Analytical cookies are used to understand how visitors interact with the website. These cookies help provide information on metrics the number of visitors, bounce rate, traffic source, etc.
Functional
Functional cookies help to perform certain functionalities like sharing the content of the website on social media platforms, collect feedbacks, and other third-party features.
Performance
Performance cookies are used to understand and analyze the key performance indexes of the website which helps in delivering a better user experience for the visitors.
SAVE & ACCEPT
wpDiscuz
7
0
Would love your thoughts, please comment.x
()
x
| Reply
Share this ArticleLike this article? Email it to a friend!
Email sent!