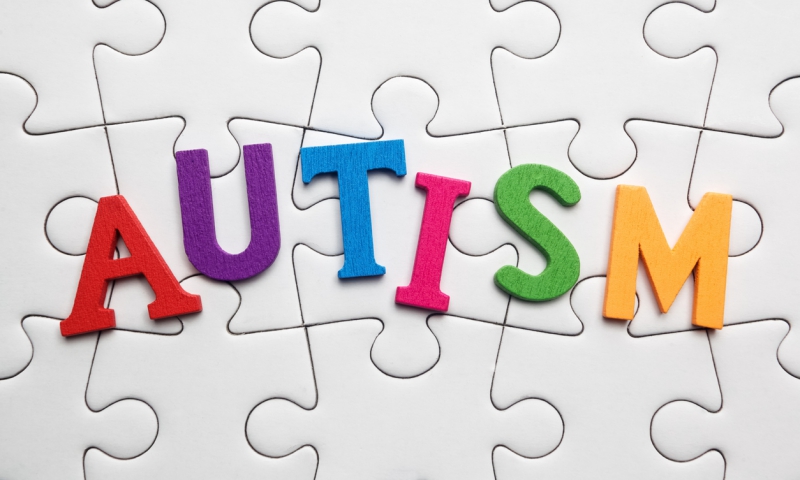 It’s wonderful. It’s exciting. It’s sometimes tiring. It’s new. It’s difficult. It’s everything you would expect out of a relationship, and more.

My fiancé is autistic.

About a year and a half into our relationship she told me that she thought that she had Asperger’s Syndrome, something I knew very little about. After that day, my whole view of our relationship shifted; not in a negative or positive way, it just shifted.

At the time she told me, the only experience I had with any autistic person was through media; TV, movies, etc. (and now that I’ve been with her for 2.5 years since she first shared it with me, and I have learned what it’s like being in a relationship with an autistic female, man is the media inaccurate, but more on that later).

It has been nearly three years since then, and we both have learned so much about autism and the complexities of being in a neurotypical and autistic relationship.

1. Meltdowns Will Happen, But They Aren’t as Scary as You’d Think

Sometimes someone who is autistic will have a meltdown. Now if that sounds scary to you, let it. It is a lot when you first start witnessing these meltdowns, and you really don’t know what to do to help them. Essentially a meltdown is when an autistic person gets overwhelmed either by stress or external stimuli, they really don’t know how to express it other than crying, rocking back and forth, sometimes flapping arms or hitting themselves. It can be scary at first, but you eventually learn how to help them. A lot of autistic people experience meltdowns differently. There is a saying that everyone in the autistic community always says, and that is:

Some things that I have learned along the way that helps my fiancé during a meltdown is deep pressure therapy, or DPT. DPT is when you put weight on that person, whether it be in a tight hug, a weighted blanket or our personal favorite, me laying on top of her, all 160lbs of me.

“The use of deep pressure for individuals with autism spectrum disorders has been widely discussed since Temple Grandin described her self-designed machine (hug machine) for giving her the pressure sensations that she craved. Other types of deep pressure therapy include weighted garments, swaddling, holding, stroking, hugging, squeezing, and therapeutic brushing.” — PMC National Library of Medicine

DPT is the most common used methods that autistic people use to calm themselves down from a meltdown or panic attack. The pressure that is on top or around them calms down their breathing and mind at the same time.

3. Your Person Will Love You More Than Anything

Another thing that I learned while being in an autistic/NT relationship is that if your partner is with you, you need to realize that you are the most important person in their lives. You never have to wonder if they are cheating on you or if they want to break up with you, because they chose you. You are their person. They would rather spend every single moment of their life with you than anyone else on this entire planet. You are very important to them. If they weren’t happy in the relationship, trust me, they’d let you know.

4. The Autism Community Can be Overwhelming at Times

Okay, before anyone comes at me about this one, let me explain. When I am talking about the autism community, I am generally referring to the people that I have had interactions with on social media. You see, my fiancé and I have a small YouTube channel where we talk about essentially what this article is about. We have given advice on how to get through college, talked about the stigmas associated with autism, etc. If you want to check out our channel, I will link it at the end of this article.

I am getting off track here, but what I am trying to tell you all is about a time where I shared a video that we had filmed to an autistic persons group on Facebook, and the title of the video was “Interviewing my Autistic Girlfriend”. Throughout the video, we stated the term “person with autism” and also we used a puzzle piece in our thumbnail. Just so you know, the puzzle piece is associated with Autism Speaks, who frames themselves as an important company to help autistic people, but often end up doing the opposite. Google it, if you want. Autistic people often use a gold infinity symbol in place of the puzzle piece.

Gold Infinity symbol, often used within the autistic community in place of the puzzle piece

Overall, there are many voices in the community, and they can be contradicting. They can make you feel painful or guilty for saying or doing something that you think is right at the time. My advice is to take an honest look at what they’re saying, but if you don’t agree with their opinion, do what you feel is right. In the end, that’s all that matters.

5. The Media Gets Everything Wrong

Not to plug our YouTube channel again, but there is a video on this on our channel, go check it out if you want to learn more about autism in entertainment.

Okay, now that we got that out of the way, let me tell you how the media misrepresents autistic people. First off, I don’t think the media realizes that it is possible for girls to be autistic too. In 95% of media that represents an autistic character, they’re always boys that are age 8–11 years old. Also, I don’t think anyone realizes that autistic children grow up to be autistic adults, they don’t just grow out of it by age 18. (Let me clarify, this is not just the media, this is everyone when talking about autism).

Another thing that we’ve noticed is how the media portrays a meltdown. In our world, a meltdown happens when an autistic person is past the breaking point of what they can handle, and they do not know how to express it any other way aside from, well, having a meltdown. In the media, they often do not show the build up of things that an autistic person goes through in order to reach that meltdown. For example, if my fiancé is in a new place, let’s say a restaurant, they are surrounded by so many newness. There are new smells with all the food around, new booths to sit on, new waitress and waiters serving us, new menu, new food that she has to try, etc. All of those things that I just listed will build up in her, and sometimes it will lead to a meltdown. Most often when I see a meltdown in the media, it is just one little thing that triggers it and they just lose it. They don’t take the time to show the audience all that buildup that leads to their eventual meltdown. That is not how it is in real life, and I implore you to not use any form of television or movies to learn how to be around an autistic person.

If you find yourself in a relationship with an autistic person, congrats! It is honestly a wonderful time. You will learn so much from that person as they will learn so much from you. You will compliment each other wonderfully, and you will be the most important person to them, and hopefully they will be to you, too. Being in an autistic/NT relationship has its ups and downs, but overall, it is such a wonderful experience and I would not trade it for the world.

Have a wonderful day ~

As promised, here is the link to our YouTube channel. We haven’t uploaded to it in a while, but plan to in the near future. Enjoy ~ https://www.youtube.com/channel/UCnfnBFyqti1D4mFjcxGPHsQ