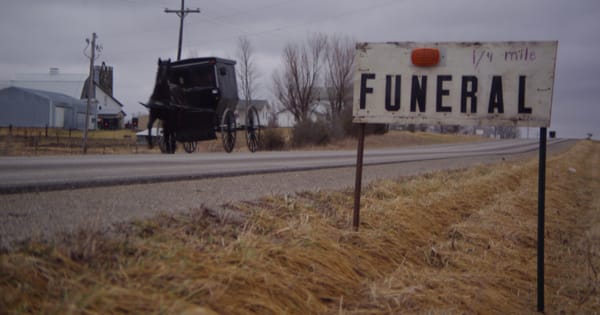 Sunday August 4th marked the two hundred and fiftieth mass shooting in the United States of America during 2019 in Dayton, Ohio less than twenty four hours after the El Paso, Texas Wal-Mart shooting, and a week after the Gilroy, California shooting. Among the shootings this year, two people were killed at Central Michigan University, in my home state of Michigan:

Dreaming out the window, beyond the Michigan horizon,

The ticking clock on the wall inching closer,

To the close of another school day,

I sigh with the oak and pine trees.

The classrooms vary every year,

But the ceilings remain tiled overhead,

The books become more than colors,

My father’s hunting rifle at home,

Remained stored in the closet until autumn.

The idea of any gun in school,

Never once entered my mind.

Or my dreaming, living classmates.

Today I sigh with the oak and pine.

I grew up in the Old Order Amish community during the 1980s and 1990s, never even imagining a school shooting, my generation being the last to have that luxury. I can remember reading “The Counterfeiters” by Andre Gide during my teenage years, shocked.

The Old Order Amish believe in nonresistance, are conscientious objectors during war, gun owners only for hunting and do not serve in law enforcement or military. They have no use for assault-style weapons.

Amish also rarely vote or get involved in politics so in the aftermath of the tragedy publicly forgave the shooter but did not and will not publicly ask for any gun control measures. In 2006 gun violence still seemed like a rare, isolated incident. Five years later the Tree of Life synagogue mass shooting occurred in Pennsylvania, striking another religious community.

Since then school/mass murders have occurred more and more frequently in the United States:

As a non-practicing Amish I cannot speak on behalf of the Old Order Amish Church however I can speak for myself, and I am publicly asking Congress, The Senate and United States elected officials to please pass gun control legislation now.

A new generation of children, including Amish, are coming of age in an America where gun violence and mass shootings are a daily occurrence. Gun violence hurts every community and touches all our lives, regardless of faith.

Facebook57Tweet1Pin1EmailShares59
wpDiscuz
Share this ArticleLike this article? Email it to a friend!
Email sent!