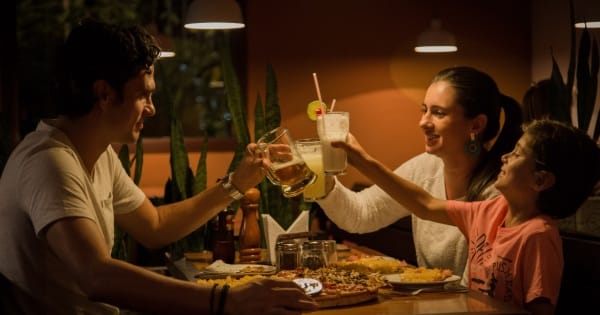 c. Develop counselling, healing and support programmes for girls, adolescents and young women who have been or are involved in abusive relationships, particularly those who live in homes or institutions where abuse occurs;

d. Take special measures to eliminate violence against women, particularly those in vulnerable situations, such as young women, refugee, displaced and internally displaced women, women with disabilities and women migrant workers, including enforcing any existing legislation and developing, as appropriate, new legislation for women migrant workers in both sending and receiving countries.

The proper levels of administration and advocacy work, in many or even each of these cases, comes from the preliminary statements prior to the stipulations, in which, as an example, in this case, the governments, employers, trade unions, and others, are emphasized as the scales of the advocacy.

In terms of the stipulation specifications here, the counseling, healing and support programs for girls, adolescent girls, and young women are important for the after-the-violence that women experience. There may be some preparatory educational materials to be aware of the prevalence and various safety measures, and then, also, providing some knowledge about the resources available to them.

But this is so on the surface, so marginal in many ways, where this does not deal with the root evil; the root evil of men’s violence against women. It is not that all men are bad; that men are simply to be shot down and demonized, or dismissed as abusers in training. This would be to completely misunderstand much of the purpose of The Good Men Project and of this casual commentary on human rights documents relevant to the human rights of women.

Proper articulation of our values comes in the form of realizing the statistics standing before us. Then it is working within the context of the obvious consequences to the lives of women in these contexts.

It is the abuse that follows from a variety of correlates coming together in common instances, of which women will experience, as a significant minority of their lives, at least once in their life. Of course, this leads to further questions about how many will re-occur, will have second, third, fourth, and so on, instances of violence against them.

But it is also realizing the ways in which the, even in the environment of violence against women, remedial changes can be done to clean up some of the damaged caused by abusive men. It is about encouraging healthy masculinity or virtuous men, in which there are systematic encouragement and gradual elimination of violence against women in this domain.

Then for the violence against women that impacts some women, the proactive response will be to provide some relevant help, mentioned above, for repairing the psyches and the bodies following from the abuse. It is not complicated. But it is about being compassionately responsive.

Some populations of women, of course, will be more vulnerable to levels of violence and kinds of violence. It is the same with the region. We are the same species. So, the same brains, thus minds, and then the social systems and power dynamics become important factors in describing the variations in the levels of violence against women by region, by culture, and by subgroup of women: “young women, refugee, displaced and internally displaced women, women with disabilities and women migrant workers.”

The recommendation is the enforcement of extant legislation or the creation of new legislation in order to deal with the various forms of violence against women that simply come the way of women more than men.

This leads to some of the similar and obvious conclusions from before, about the need for an assertive and active compassionate response to the violence against women around the world and then working together, men and women, for the reduction and eventual elimination of violence against women.

(Updated 2018-11-10) One can find similar statements in other documents, conventions, declarations and so on, with the subsequent statements of equality or women’s rights:
—
Human Rights
Wednesdays 7 pm EST / 4 pm PST
Call-In Details: (701) 801-1220
Meeting ID: 934-317-242
Lead Page: https://goodmenproject.lpages.co/conscious-intersectionality/
Led by: Scott Douglas Jacobsen
To the socio-political Right, a disclaimer; to the socio-political Left, a trigger warning: the subject matter may be disturbing or triggering for some listeners, speakers, or call members. The statistics on international violence against women is disproportionately more than violence against men. In turn, there is violence against women committed by women against women but more often by men against women. It is the statistical difference, which is the basis for the international emphasis on violence against women in multiple spheres rather than localized differences. Wednesday morning, we will speak on violence against women for one hour or so.
—
Did you know you can join our Facebook groups and share your post where appropriate? (Please share only in the groups that make sense for your topic)Sex, Love, Etc.Political ActivismDisposability of Men / CTE Contact SportsEducation#StopRacismConscious Intersectionality

Facebook2Tweet1Pin4EmailShares7
wpDiscuz
Share this ArticleLike this article? Email it to a friend!
Email sent!