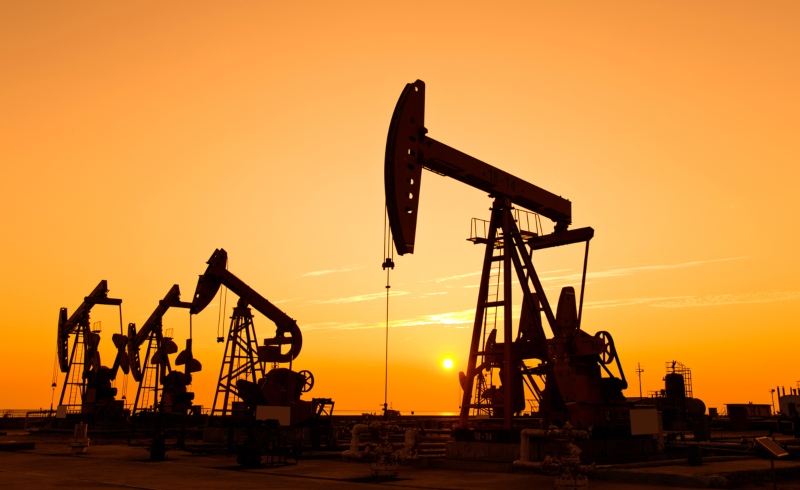 On his first day in office, President Biden signed a sweeping executive order that stops the Keystone XL pipeline and pauses oil lease sales in Alaska’s Arctic National Wildlife Refuge. But behind these headlines, the order also requires a thorough review of the Trump administration’s rollbacks on methane pollution. The action signals that the new president may agree with experts who say one of our biggest environmental challenges could also be one of our best opportunities to tackle climate change.

Methane — an invisible and odorless gas — makes up just a tiny trace of the Earth’s atmosphere and survives in the air for only about 10 years before degrading. Yet NASA scientists say this humble molecule has driven one-quarter of human-caused global warming to date.

“Methane is the second-most important heat-trapping pollutant after carbon dioxide, but it packs a bigger wallop in the near term,” says David Doniger, senior strategic director of Climate and Clean Energy at the Natural Resources Defense Council, and a former member of White House Council on Environmental Quality.

The same qualities that make methane emissions so dangerous are also why experts say cutting them would be a promising opportunity for the Biden administration to attempt swift action on climate change.

It’s sorely needed: In January the International Energy Agency said the United States is now the world’s second greatest methane emitter after Russia. To get rid of that distinction and make headway against the climate crisis, experts say, the Biden administration will need a whole-of-government approach to the issue.

Scientists have long known of methane’s dangers — and that the energy sector is a top contributor to the global rise in emissions — but it took until late in the Obama administration for the federal government to enact its first broad methane regulations.

Unfortunately, many of them were short-lived.

In 2016 the Obama Environmental Protection Agency used its Clean Air Act authority to take two actions on methane. The first established emissions standards for new oil and gas developments, which the Trump administration overturned last year. The second slowly inched toward regulation of existing methane sources — a much bigger share of methane pollution — by requiring industry to submit data on its emissions. The Trump administration canceled that order within two months of taking office.

In a third action, Obama’s Bureau of Land Management also addressed existing sources by replacing outdated rules on venting, flaring and leaking from oil and gas facilities on federal lands. But in October 2020 the Trump administration unraveled this Methane and Waste Prevention Rule in court, after years of failing to undo it in Congress or through new federal rulemaking.

Biden’s executive order indicates that reversing these rollbacks may be a top priority for the new administration.

The order directs the EPA to consider tackling new and existing methane sources at the same time, in a more comprehensive approach than was attempted under Obama. It sets a September 2021 deadline for the agency to determine a path forward. Regarding the BLM’s waste prevention rule, the order opens a possible legal avenue for it to be restored in court.

The moves align with recommendations by the Climate 21 Project, a group of more than 150 high-level science and policy experts who composed agency-specific memos designed to help the new administration “hit the ground running” on climate action. Its memos to the EPA and the Interior Department recommend finding the swiftest ways to reissue or strengthen Obama’s 2016 regulations.

Robert Howarth, a scientist and professor of ecology and environmental biology at Cornell University who is not associated with Climate 21, said in an email that strengthening the Obama rules will require closing loopholes for methane venting and coming up with stronger policies for enforcement and independent monitoring.

Howarth, who has studied greenhouse gas emissions from the natural gas industry, emphasizes the importance of regulating existing oil and gas developments. He says methane, which makes up the bulk of natural gas, enters the atmosphere throughout the industry’s sprawling network of existing pipelines, compression stations, storage facilities, and even abandoned wells.

“We need to regulate all of these emissions, and not focus just on the new gas wells,” he says.

Biden’s order pushes his administration in that direction by calling for broad regulation across the oil and gas supply chain.

Howarth also stresses the need to improve the EPA’s methane monitoring program. Research published in 2018 in the journal Science shows agency estimates may be low by as much as 60%. David Lyon, a scientist with the Environmental Defense Fund who co-authored the research, which was based on 2015 data, says those estimates have likely grown even less accurate, as Trump’s EPA loosened monitoring since the study was published.

Howarth explains that under the traditional “bottom-up” monitoring, emissions are estimated using data that rely on industry cooperation, which enables oil and gas producers to choose the timing and other features of monitoring that could allow for under-reporting of emissions.

“A better approach is to use ‘top-down’ methods where methane emissions can be analyzed at the regional scale from airplane flyovers and from satellite data,” says Howarth. Such methods have become more common in recent years and almost always show higher emissions than current methods, he says. Lyon agrees, pointing out that aerial monitoring can cover hundreds of wells in a single day and be conducted with greater independence and accuracy.

But the Biden administration will need to do more than just reissue and strengthen Obama-era rules, which will require years of work. In the interim, Climate 21 recommends tackling methane in other corners, too.

For the BLM that could include plugging the nation’s millions of abandoned wells, which have increased as the pandemic and falling oil prices hurt small producers. The agency could also slow or stop new drilling permits on federal lands. Biden’s team has already taken steps in that direction by first announcing a 60-day moratorium on new oil and gas permits on public lands and waters, then expanding the pause until the Interior Secretary can complete a “comprehensive review and reconsideration” of the federal oil and gas leasing program.

But the path forward faces obstacles put in place by the Trump administration. They include deep budget and staffing cuts that have hollowed out key departments at the EPA and other agencies that perform federal research, rulemaking and enforcement.

The Trump team also enacted its own federal rules that may hamper future oil and gas regulation. They include limiting considerations on public health and the scientific sources the government can use in rulemaking.

Additionally, experts have expressed concern that Trump’s three Supreme Court picks and placement of hundreds of conservative federal judges have likely tilted courts in favor of industry. The challenge for the Biden administration is to draft rules with this new legal landscape in mind while simultaneously rebuilding the science-based agencies.

Doniger offers a somewhat optimistic view on some of this, explaining that while agency staffs have been reduced, many employees remained “hunkered down” through the Trump years and are eager to return to legitimate regulatory work. He also hopes the new administration can immediately begin rebuilding science agency staffs with existing funding and strengthen the workforce in the years ahead with more funding from Congress.

Doniger also points out that that the Trump administration had a dismal success rate in defending its actions in court, which many experts say reflects rushed attempts and a poor grasp of process.

“Imagine where we’d be if they knew what they were doing,” says Doniger, echoing criticism that the steady attempts at deregulation lacked due diligence.

He acknowledges the Supreme Court may treat regulation with more skepticism than in the past. But he says if the new administration follows the Clean Air Act and other environmental laws as they are written, their rules have a good chance of surviving court challenges. After all, “the laws were written to do these things,” he says, adding that the new administration brings expertise and competency in putting the laws to work on methane and other pollutants.

Signs of expertise are visible as Biden assembles his cabinet. His nomination of former EPA chief Gina McCarthy, for instance, as the first-ever national climate advisor brings aboard someone with decades of experience at both federal and state levels.

McCarthy, who helped Obama craft far-reaching policies on greenhouse gas emissions, including the methane rules rolled back under Trump, is tasked with coordinating the governmentwide climate approach. And Biden has already stacked her team with climate policy experts and nominated experienced department heads for her to work with. They include Rep. Deb Haaland to lead Interior and Michael Regan to head the EPA. Biden’s executive order on methane directs these and other cabinet members to report to McCarthy as they develop strategies for new rules.

Biden will also enjoy a slim but valuable majority in Congress, which means legislative calendars, committee chairmanships and budgets will likely support his regulatory agenda even in the absence of tough new climate legislation.

The new president may find a measure of support from within the oil and gas industry, too. Trump’s methane rollbacks were opposed by BP and other large companies that were concerned they might taint a positive public image of natural gas. And although small operators vigorously pushed for the Trump rollbacks even just a few months ago, they expressed a sudden change of heart as Biden issued his new orders. In the administration’s first two days, the U.S. Chamber of Commerce and American Petroleum Institute both came out in support of directly regulating methane through the Clean Air Act, as originally done under the Obama administration.

Doniger says the new administration has one more advantage when it comes to regulating methane and other gases. With more severe wildfires, droughts and hurricanes, public awareness of the severity of the climate crisis is greater than it was during the Obama administration.