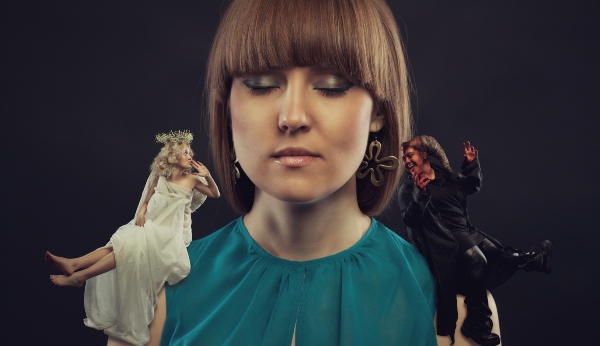 This morning as I was reading a friend’s Facebook post about a “financial reversal” that flew in the face of her expectation for the opposite in her work world, I was reminded o f a long-held belief in karma. She is an intelligent hard worker with a creative streak a mile long, a good heart, someone who reaches out to help others any chance she gets. I met her a few years ago and felt an immediate soul friend connection. It would just make sense that whatever she puts her heart and soul into, should naturally succeed.

I understand the “what the heck is THIS one about?” type question she asked since I often pose it myself. As a child, I grew up with cause and effect… if you do good things, good things happen, if you “misbehave,” then not so good things happen. As adults, the “rules” seem different somehow. Good things/bad things are not so clear anymore. What I do know is that when seeming reversals have occurred in my life despite my best efforts, it is AFGO (another f*cking growth opportunity) that I put to use somehow. It is as if when I issue an invitation to the Universe and it answers, it isn’t always as I anticipate. It’s then that I remember that everything I need has always shown up right on time. I refocus on what I want to occur. I do still take a look at what I might have done differently, but don’t perseverate if I can help it. Sometimes it is about stepping back and slowing down, not getting tangled up in the spider web details. I have been known to drive myself bonkers with asking about the “why?” of it, rather than the “now what?” next steps to re-frame, re-program, re-direct and re-build.

Lately, I have been doing a lot of those things. Fifteen years ago, I was newly widowed with an 11-year-old son to raise solo. Working as a nursing home social worker, having just sold a 10-year-old business (a transformational/wellness focused magazine called Visions), I was keepin’ on keepin’ on, not sure how or what invisible strings and wings were holding me aloft. The day my husband took his last breath, I heard a Voice that told me to, “Call the seminary and ask to finish what Michael started.” I knew what that meant, since he had been enrolled as a student at The New Seminary in NYC, preparing to be ordained as an interfaith minister. I did so and within a few months, I had completed what was offered as a two-year course of study. I was determined to graduate with his class. What made it possible was that I had assisted him in his studies, since his illness made it challenging for him to do it alone. I was learning the course material, not knowing why. It became clear only after his death.

In the interceding years (since 1999), I have done ceremonies for “hatching, matching and dispatching” for hundreds of families. Since we sold the magazine in 1998, I launched into the world of free-lance writing for magazines and blog sites like this one. I had the extreme blessing of interviewing His Holiness the Dalai Lama in 2008, the same year my father passed. I published my first book The Bliss Mistress Guide To Transforming The Ordinary Into The Extraordinary in 2011, nearly a year after my mother joined him the day after Thanksgiving 2010. My Vivid Life radio show “It’s All About Relationships” was launched on Blog Talk Radio in 2013 right in time for Valentines’ Day. I continue to write, speak, provide clergical and counseling services… by most people’s standards, I am successful — a whirlwind of activity that leads to positive outcomes. Here comes the big “and yet.” I am still not feelin’ it much of the time.

If things were in proper alignment, I would be farther along, so says my harsh inner critic. Cause and effect would evidence that I would be teaching at Omega, Esalen and Kripalu, and be on stage at some of the larger conferences, whines my petulant pouty inner child. I would have interviewed Ellen and Oprah (not just be interviewed BY them, although that would be pretty cool too) by now, which is another dream. My financial circumstances would be far more comfortable and less “social work” paycheck to paycheck mode. Return on investment of my time and energy would be more lucrative.

As I gaze back at the timeline that was winding and not direct, I see the footprints that led to the connections and treasured relationships that have been built and marvel at how far I really HAVE come. Perhaps my vision and that of the Universal Supply Company (there really is a business by that name; I see trucks in this area with words emblazoned on the side) are a bit divergent, but the Highest Good delivery always arrives right on time.