—
I grew up playing sports continually, before video games. It was baseball in the summer at the local park with a hodgepodge of kids: anyone of any age or gender we could round up. It was football in the fall with the same oddball group and it was basketball all year round. No adults watched or refereed or coached. In fact, those sporting events blended seamlessly into playing in general. I liked to also go into the local woods and cut a pathway to some fort my friends and I constructed; one rough construction after another in different parts of our mini wilderness. 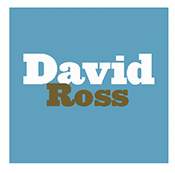 It was all ours, half a mile away from our parents. We might fantasize that we were adults, as in some adventure movie or TV show. We might even self consciously act out roles from adult movies, but we definitely felt far enough away from all adults to be on our own. There had to be rules and roles to cut the pathways or to build the forts or to hike to another part of town to buy supplies, like some nails or an ice cream cone. It was just like the sports games we played. To complete any games we had to learn how to organize ourselves. We knew adults would organize us much, much more efficiently, but at least half the fun was the process of us doing it.

Any selfish or nasty behavior got dealt with one way or another. If an individual was was better at doing something, great. We all celebrated by moving along, completing the game and starting another. If that individual scorned us, he or she was dis-invited soon enough. The fun was in both how we played and in winning when we could, as both individuals and as members of the group.

Little League came and I tried to play. I was a fairly good pitcher—just a bit wild. The adult coach moved me to the outfield because I could reach home plate (or thereabouts). My parents and other parents came to the games. The next year, I faded away, into the woods to cut a path through the woods on my own, or with my dog, Spunky.

During puberty, I stopped playing sports, and I wondered why, at times. The big sporting events on TV never interested me and now, at fourteen or fifteen, all the hodgepodge potential was gone. I was too old to join the little kids from the neighborhood at the park—and the big kids played sports differently; they played to win. They played like the professionals on TV, who made huge amounts of money by winning. The more winning, the more money, more paparazzi, more power.

Clearly, winning was the point, right? If I were less competitive in sports as a teenager, I was certainly competitive in other realms. I wanted to get a few good grades and I wanted to be captain of the debate team. I wanted to date dynamic girls and did not want anyone else to date anyone I had my eye on. Losing wasn’t a goal.

College came and then odd jobs on my own, out in the world. I’d play the odd game of pick-up basketball and tennis but I became more and more aware of a gap between me and most of my friends; they watched professional sports and I almost never did. “Why?” they’d ask. My answer would have to be incomplete, or, if I had a couple of drinks, sardonic.

Me – “So, you live in New York and root for the New York teams. But are any of the players from New York?”

I didn’t tell them I cheated, but they didn’t care anyway. I watched the occasional game and would always get worked up wanting, “my team” to win. I’d feel very disjointed when I’d feel pain at my local team losing, and I’ve moved a few times, so my local teams changed. Clearly, it’s primal, but so is playing games. Just as we need to play, we need to hone character in the process. You are what you play and how you play.

So, here’s my complaint: Millionaire adult sports heroes, stop the strutting and chest pounding. It’s way, way too primal to do that when you make a touchdown or winning basket, or knockout in fighting bouts. We’re trying to build a civilization here. We need adults to set good examples for kids because kids are watching and they will play and by playing they learn how to become adults.

Meanwhile, if winning is the only thing, the rest of us are sad little spectators in the triumphs of the few. Self-assertive behavior is so quickly monotonous, that the millionaires have to do it more and more emphatically to make their point: me, not you.
—

I studied art history at Tufts University before meeting my wife at the Boston Museum of Fine Arts. We have two kids. I write novels and I restore old houses.
Follow me at David-Ross.com and on Facebook.