Two Chicago police officers took a knee today in protesting police brutality and racism, as many professional athletes and others have done and will continue to do until there is equality for all. 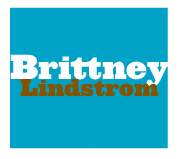 The two police officers silently took a knee with a local activist and it has yet to be determined what the consequences will be for these local officers supporting equality and joining the fight against racism. The reasoning for being reprimanded is because the officers were in uniform and making a “political statement”.

There shouldn’t be an act of influencing one side or another when we are protesting against racism, equality for those of color or police brutality. Equality and acting just toward all regardless of race is a human right and should not be misunderstood as a political statement.

We are not trying to influence people. We are demanding equal rights for everyone regardless of race, religion, sexual orientation and all groups and individuals that have been deprived basic human rights and equal justice for far too long.

There is no just reason to reprimand these Chicago police officers and claiming it’s because of they were in uniform. Protesting equality and police brutality is yet another example of using loopholes in policy to execute racism.

As the hours and days go by, we only strengthen our unity and close the gap on the divide that so many people want to exist. Instead, we are coming together regardless of color and demonstrating unity and cohesion. We are peacefully sending the message that we will not tolerate racism or discrimination of any kind.

Freedom of speech encourages collective unity and common understanding. We, as Americans, have the right to protest in an appropriate and nonviolent manner as a means of filtering out those who are corrupt in hopes of bringing stability and equality among those who have been denied their human rights.

In a 1974 case, Procunier v. Martinez, Justice Thurgood Marshall stated that the first amendment right serves not only those in politics or an organized society but also the human spirit. He further states that the human spirit is one that needs self-expression. In regards to the two Chicago police officers, they did nothing wrong and stood up for what they believed in.

It is my hope that this is a step in the right direction and I will continue to reach out to more and more people. We will continue to fight against racial injustice and inequality until we are all treated as equals. Personally, I find it courageous and admirable that these officers protested against police brutality and racism. We are breaking the cycle of repeated history that divided us. Those who deny racism and unjust practices against those of color in many institutions will not separate us into “us” and “them,”. We are in this fight together.