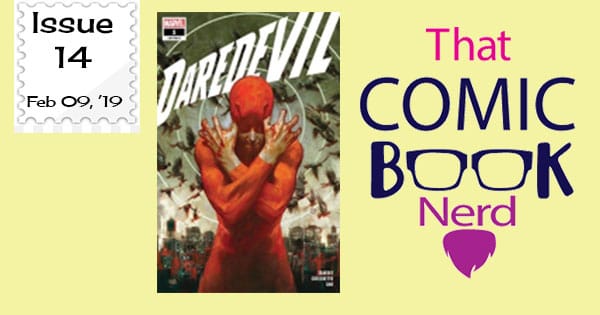 —
It was Friday early evening and I was driving to my local comic book shop for Nerd Game Night. A collection of local folk getting together for a Magic the Gathering tourney or to play good, old-fashioned D & D, or Pathfinder, my particular Friday night jam. 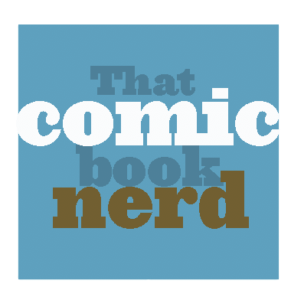 I had just re-read Daredevil #1 before leaving and as I drove a thought popped into my mind.

I’ve been wrong all these years.

I’ve said time and again that Batman is the toughest of superheroes because his superpower is tenacity and determination. But I forget about Matt Murdock, A.K.A. Daredevil, A.K.A. The Devil of Hells Kitchen.

Batman has money and tech at his disposal, Daredevil is blind and still beats down the bad guys. I don’t know why I forgot about DD, I have several of his series, including the five issues in five-weeks series, Man Without Fear that ended last week.

That would make it perfect timing for this week’s Daredevil #1 Know Fear.

A little backstory for those who don’t know too much about the Daredevil. Matt Murdock is the son of a low-level boxer/part-time thug. He’s blinded as a boy when radioactive chemicals spill on his eyes while he’s saving an old man from being hit by the truck carrying said radioactive waste.

While he lost his sight, Matt honed his sense of hearing and gained a radar-like sense where he can sense and see outlines of things around him.

Different versions of the story go off from there, but the most accepted one is an up and coming gangster called Kingpin had Murdock’s dad killed and young Matt takes refuge and solace in the Catholic church.

As an adult, Matt is most often a lawyer by day and a masked crime fighter by night.

Now, nine paragraphs in, I’m ready to start the review. The first thing that drew me in was the interesting patter in the first two pages but the name Skottie Young on the third page told me this was going to be really great.

Skottie is both a top illustrator and writer whose most famous character would have to be Deadpool. Suffice it to say, his stuff is quality.

As a writer and a comic book nerd, I find my two worlds puled together and I tend to be drawn more to series and characters that have good writing and storytelling behind it.

There’s nothing wrong with photon blasts and stopping speeding bullets, but for me, great writing sucks me in.

The writing team of Chip Zdarsky, Marco Checchetto, and Sunny Gho did a marvelous job with issue 1 in blending the right amount of letting us know a little about what this story is going to be, along with his backstory.

In issue 1, Matt has just gotten back to his Daredevil duties after being laid up for an extended period of time after being hit by a truck. You read that correctly. A truck hit him and he lived.

Early in the book, he tells a woman he picked up in a bar that he’s an attorney, or that he used to be but he’s still figuring things out. That’s pretty much it as far as mentioning his day job, but starting with issue 2, we won’t have all the back-story to contend with.

A lot of the book deals with the sense of right and wrong young Matt learned after befriending a young priest at his local parish. A friendship and a bond that would last for many years.

As the story returns to the present day, Daredevil seems to have a new nemesis in Detective Cole North who just transferred in from Chicago and he’s looking to take down The Devil of Hells Kitchen.

Meanwhile, I’m not at all about to give the book away, but suffice it to say that Daredevil definitely has to pull it together before he goes out again or something bad is gonna happen.

Why do I think something will happen? Because they foreshadowed it. Duh.

Get out to your local comic book store and pick up Daredevil #1 or get it through your favorite online subscription service. Don’t forget to subscribe to have every issue waiting for you on Wednesday’s.