Get Daily Email
Join/Login CLOSE
Home / Featured Content / Everything Is Fine Until it Isn’t: The Week COVID-19 Cancelled Everything 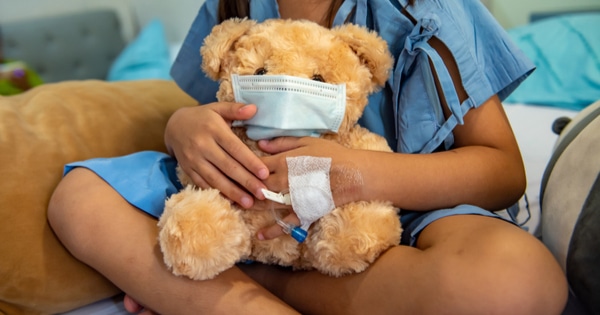 I was in the middle of hosting a webinar at work on Wednesday, March 11 when my silenced cell phone flashed with a call from my Dear Wife (DW). I let it go to voicemail but quickly sent her a text.

Me: Hosting a webinar until 12. Can I call you back?

DW: Yes, it’s about [our daughter]. The nurse called.

“The nurse called.” That’s one of the last things you want to hear as a parent. Our daughter had been diagnosed with a strep rash the week before and prescribed a 10-day course of amoxicillin, a penicillin antibiotic. She seemed relatively fine that morning when she left the house. Four hours later, she wasn’t.

DW: The nurse said the rash seemed worse just between her two visits. [Our daughter] is full-blown crying now…How soon can you get her?

#DadMode engaged. I wrapped up the webinar, rushed to the school, picked up my daughter and then dashed to urgent care. The diagnosis? An allergic reaction to the antibiotic that triggered a hive-like rash covering her body in a blanket of red bumps—from her neck to her little ankles.

My daughter looked like she’d been beaten with a bag of hot nickels.

I canceled appointments for my daughter’s autism therapy, notified child care staff she wouldn’t be on the school bus back to daycare, and gave my wife the medical update. I worked from home for the rest of the day, grateful that our daughter was on the mend.

Perhaps “social distancing” will lead to “isolated self-examination” in which we take to heart the words of Martin Luther King Jr.: “We must live together as brothers or perish together as fools.”

Later that day, the World Health Organization announced the COVID-19/coronavirus outbreak that touched 114 countries and killed more than 4,000 people was now officially a global pandemic. It was the first time the WHO had labeled an outbreak a pandemic since the H1N1 “swine flu” in 2009.

That evening, President Trump delivered an Oval Office address about the spread of COVID-19 and announced a 30-day ban on foreign visitors from most of Europe.

Suddenly, my daughter’s rash was the least of my worries.

As got back into the swing of things on Thursday, March 12, I became acutely aware of how COVID-19 was disrupting not just the world, but my immediate universe.

Events I’d been charged with promoting at work had to be postponed or moved online. Panic buying had ensued to the point where my wife’s friends shared their struggle to buy groceries and items like toilet paper at stores; they said the shelves looked as though they’d been devoured by locusts—bare to the bone.

Earlier in the day Dr. Anthony Fauci, director of the National Institute of Allergy and Infectious Diseases, acknowledged the country had failed to meet the needed capacity for coronavirus testing.

“The system is not really geared to what we need right now,” Fauci said in a House hearing about coronavirus test kits in the U.S. “That is a failing. Let’s admit it.”

Events quickly cascaded. The governor of Ohio announced the statewide closure of K-12 public, private and charter schools. Illinois governor JB Pritzker urged businesses to let employees work remotely. Disneyland, in my home state of California, announced it would shut its doors through the end of March. Universal Studios Hollywood, where I got my first job, announced it was closing for two weeks. Large gatherings were being canceled left and right.

The U.S. stock market suffered its worst crash since 1987.

I could feel the anxiety everywhere I went— seemingly fueled by fear, massive disruption, and the realization our government had failed us—as people prepared to hunker down and brace for the worst.

Then came Friday the 13th. Companies began preparing their staff to work remotely to help “flatten the curve” of the pandemic in America through social distancing. Trump declared a national emergency and announced stepped-up testing efforts.

Moments after arriving at daycare for pick up, a staff member informed me my daughter’s school district would be closed through April 6; hours later, governor Pritzker shuttered schools statewide.

Daily life as I’d known it essentially boiled down to an eight-letter word: canceled.

The expression “Vote as if your life depended on it” has never been truer.

Even though the outbreak had begun in Wuhan, China in December, it wasn’t until Friday the 13th that I felt I’d entered an alternate, topsy-turvy reality where handshakes were shunned, gatherings of more than 250 people were banned, teleworking was the new norm, and hygiene—particularly the vigorous washing of hands—was en vogue.

An analysis of confirmed cases by the Chinese Center for Disease Control and Prevention found that 80 percent of people infected with COVID-19 experience “mild” symptoms of a fever or dry cough. However vulnerable populations (i.e., older adults and people with preexisting conditions, such as heart disease, diabetes, and high blood pressure) are most at risk of having severe disease or complications.

Digesting the week’s events as a person trained in the practice of public health, I’m enraged by the multiple levels of failure that lead our nation to this point—from botched testing efforts to piss-poor leadership. It occurs to me the expression “Vote as if your life depended on it” has never been truer.

As culture critic Frederick Joseph tweeted on March 10, the day before the WHO declared a pandemic: “The fact that some parents don’t want school to close because of #COVID19 because they don’t have childcare and some can’t afford to replace the school meal their child will miss, is all you need to know about America.”

These are the parents and families I think about when everything is fine until it isn’t.

Perhaps this nationwide “social distancing” exercise will lead to “isolated self-examination” in which we take to heart the words of Martin Luther King Jr.: “We must live together as brothers or perish together as fools.”