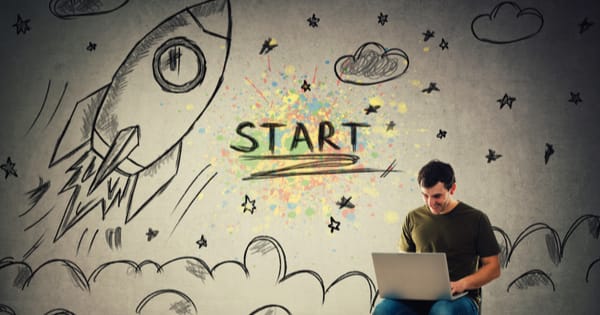 “Young men between 25 and 31 are 66 percent more likely than their female counterparts to be living with their parents.” — from ‘The Boy Crisis,’ by Warren Farrell and John Gray.

Can’t say I blame them for failing to launch.

Having come of age during the Great Recession of 2008, saddled with unprecedented student debt, with home prices out of reach for many, a shrinking share in the labor force, a boiling planet, feckless leadership, and blurring lines between truth and fiction and right and wrong, the American Dream must sound to these young men like a bad joke delivered inside a nightmarish hall of the absurd.

With everything so seemingly out-of-whack, it is understandable why the sense of absolute control afforded by a joystick or the submissive behavior of female sex kittens is so seductive and comforting. It just feels, well, safer.

“An era can be considered over when its basic illusions have been exhausted.” — Arthur Miller

The United States has been down a similar path before.

The illusions of the ‘Roaring Twenties’ which swept Americans into an unfamiliar affluent consumer society were similarly snuffed out by the worst stock market crash in history. The Great Depression of 1929 lasted for a decade. Even by April of its final year, more than one in five Americans were still out of work. Five months later, Hitler invaded Poland, igniting World War II.

The writing, though, had been on the wall for years.

Shocked by the carnage and chaos of the First World War (1914–1918), many people across Europe yearned for national unity and strong leadership to pull their countries out of mass unemployment, chaotic political party strife, and rising anarchy brought about by liberalism and Marxism. They longed for ‘strong-men’ to save them from their bewilderment and make them feel safe, proud and strong again.

Italy’s Benito Mussolini was happy to oblige with the birth of fascism, a term first used in 1915 by members of his movement, the Fasci of Revolutionary Action. Inspired by Mussolini, the scourge of fascism spread across Europe and Japan. Hitler was just its most ardent and diabolical copycat.

“The main plank in the National Socialist program is to abolish the liberalist concept of the individual and the Marxist concept of humanity and to substitute therefore the folk community, rooted in the soil, and bound together by the bond of its common blood.” — Adolf Hitler 1930s

After six years of heroic struggle, the Nazi threat was vanquished by the courage and sacrifice of young freedom fighters. Among them, the Americans later lauded as ‘The Greatest Generation.’

Also known as the G.I. and World War II Generation, these brave men and women were shaped by the ravaging effects on their future prospects by the Great Depression.

Before you get all teary-eyed, vicariously nostalgic, or thump your chest with the pride of exceptionalism, let me remind you the United States did not enter the war until two years after it started and only after attacked by the Japanese at Pearl Harbor. The brunt of the struggle was borne by the Soviet Union who sacrificed around 10 million soldiers (vs. 400,000 by the U.S.) to rout the Axis Powers.

But still, once called, Americans rose to the occasion and launched their might against the jackals.

Sixty years later, the Great Recession of 2008 was the defining moment that still plagues the current generation of young men who are failing to launch. If that wasn’t enough, the world they’re inheriting is, once more, witnessing the rise of ultra-nationalist and authoritarian movements while the world’s leaders seem hopeless or complicit. Meanwhile, icebergs are crumbling, corals bleaching, habitats shrinking, bees dying, and the earth is burning. Since the American Dream is also failing them, these young men may want to drop their joysticks, come out of isolation, and take arms to create a new dream— or blueprint — for themselves, for humanity, and the planet.

That is, unless they also want to be known as ‘The Silent Generation’ — which followed the ‘Greatest’ — and was so labelled because its members felt it was too dangerous to speak out and safer to obey the mantra of the time — conformity —  symbolized by the man in the gray flannel suit.

“To sin by silence, when we should protest, makes cowards out of men.” — Ella Wheeler Wilcox

Referring to that spineless, silent generation, Henry Miller wondered, “What has come over these youngsters? Who instead of upsetting the world with their fiery thoughts and deeds, are seeking ways to escape from the world? What is happening to make the young, old before their time, frustrated instead of liberated? What is it that gives them the notion that they are useless and unfit for life’s struggles?”

Miller followed his diatribe with this challenge: “A truly young man, product of his age, would be fixing to throw a bomb to restore us to sanity. He would not be thinking of ways to escape but of how to kill off the elders and all they represent. He would be thinking on how to give this tired world a new lease on life. He would already be writing his name in the sky.”

While I am not suggesting all-out anarchy, now is definitely not the time for silence or inaction. Waiting for a clear enemy to emerge (like Hitler), or another 9–11, or for Earth to cross the climactic tipping point, might be a little too late.

“Adventure, with all its requisite danger, is a deeply spiritual longing written into the soul of man,” wrote John Eldredge in ‘Wild at Heart.’ Look out the window and you’ll find enough meaningful and urgent quests in desperate need of the idealism and fierce warrior-energy of men.

It’s an illusion, said writer Sam Keen, to believe that the virility men seem unable to find can be recovered by anything except a new vocational passion. “The dispassionate, post-modern, cool man,” he added, “is the antithesis of the phallic male — no passion, no standing forth, no risk, no Eros, no drive to enrich history. Nor is the new-age man, who is self-absorbed in his own feelings and committed only to personal growth, a candidate for heroism.”

The world is starved for heroes. The vocational passion called for by Sam Keen is the one Aristotle said is found at the intersection of one’s talents and the needs of the world.

It’s time, young men, to find that intersection and launch! Time to come out of the “safety” of your virtual realities, write your name in the sky, and give the world a good reason to name you the Bravest Generation!

Creator of 'The Hero in You,' a book for boys meant to initiate them into an evolved expression of manhood and train them on the character strengths needed to live spirited lives of noble purpose.

Facebook49TweetPinEmailShares49
wpDiscuz
0
0
Would love your thoughts, please comment.x
()
x
| Reply
Share this ArticleLike this article? Email it to a friend!
Email sent!