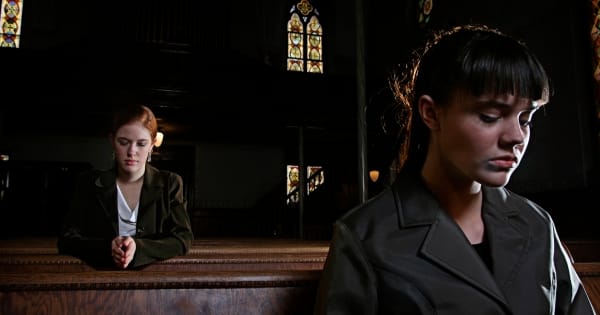 Recently I was reminded that insensitivity toward singles in the church starts early.

On a Christian singles page on Facebook one woman who just got into a relationship recently complained that another single female friend simply dropped her as a result, almost without explanation. I explained to her, however, that she was in one sense being normal because she was feeling abandoned. When the woman in the relationship mentioned that her friend had that happen to her before, I said, in effect, “Yep.”

Because when friends get into a relationship, especially one that might lead toward marriage, the still-unattached friends they had often feel hung out to dry. There really is a loss there, one that simply won’t be replaced with activities or spiritual “discipline.”

I saw this up close as part of a youth fellowship in high school. I was friendly with three other guys in it but rarely got to spend time with them on a consistent basis. Reason? One worked most weekend nights, another dated quite a bit and another was seeing a girl on the sly. I had my eye on one particular girl in the group who never reciprocated, so one day the leader, who was married, clearly annoyed, asked me, “Why do you need a girl?”

Hel-LO? Didn’t he notice that most of the other guys I knew then had one as well?

Indeed, the only time I didn’t feel I “needed” a relationship was when I was around other unattached Christian singles; until my early 20s I had never met a spiritually mature man who wasn’t dating. (Later on I did get into a couple of relationships that, looking back, were placeholders for the real thing.) But, having experienced the loss of good friends to matrimony and parenthood, I told my girlfriend that I still needed to be around the singles, in part so that they wouldn’t feel abandoned the same way I was.

It’s no longer an issue at my age, in part because of music rehearsals and dance parties I attend regularly often with empty-nesters, usually “single again.” But I’ll never forget those days of feeling very much alone, and I can say that I didn’t grow very much as a result because growth does take relationships. And when you can’t get those …

—
This post was previously published on UncommonsenseCommentary and is republished here with permission from the author.
—