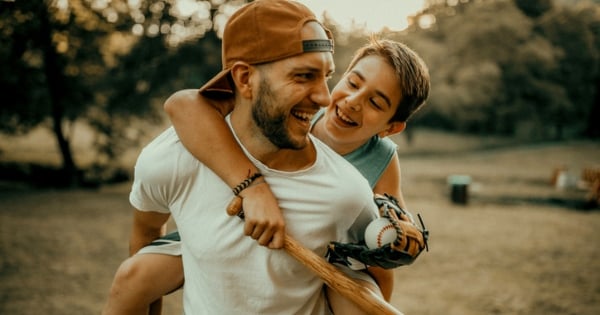 —
My oldest son Max was five, and I had decided to take him to our neighborhood community center where I knew they had filled the gymnasium that day with balls and bats and hoops and all other manner of sporty equipment. Anyone could

stop by and play, play, play. Max loved to play, but, unlike his father, that play never involved catching or throwing or hitting nor even running. Instead, he liked to imagine worlds and stories. When I tried teaching him chess for the first time, he quickly turned our game into a marriage ceremony between the black king and white queen with all the pawns and bishops and knights in attendance.

Still, he was my son, and surely the apple couldn’t have fallen so from the tree that he wouldn’t enjoy a day sinking a basket or rolling a ball at some pins. There were a lot of kids there that afternoon running around whooping and jumping and chasing. We found a plastic bat and ball and I asked if we wanted to try hitting a few. He said he would, and so we went to a quiet corner where I stood as close as I could and lobbed some pitches underhand. He missed a few, then tapped one past me. “Good job,” I said, and went to retrieve it.

When I returned, another boy was standing next to Max. “Can I play?” he asked. I looked around for his mother or father but saw no one nearby watching him parentally. I felt a paternal instinct to care for the wayward children of the world stirring in me, and I asked the boy his name (Tom), and told him to stand next to Max.

“You and Tom are going to take turns, okay, Max?” Max said okay, and so I tossed my son a couple more, he missed and missed and then hit, and then I told him to give the bat to Tom.

Max took the bat and stood ready to hit. Except he wasn’t actually standing ready to hit. I hadn’t noticed it until Tom took his turn, but what Max was actually doing was imagining himself playing baseball, likely picturing some stadium, or a scenario where he needed to get a hit to save a princess. Whatever it was, I knew by the quality of his attention, of that inward-looking focus of his eyes, that something was happening in his mind that was slightly more interesting and important to him than just hitting the ball. I pitched, and he missed.

Our game went on for a bit longer until I sensed Max was done with it and most likely the whole gym experience. I thanked Tom for joining us and told him we needed to head home. He nodded and drifted off to go succeed at some other sport. Max and I left the community center and walked past the neighboring high school and its football field and track. I was a little worried Max might compare himself and his baseball skills to Tom as I know I would have when I was his age. I glanced at the track where some teens were running together in a group, a coach standing nearby with a stopwatch.

The thing it took me the longest to learn when I ran track as a young man was that my mind was more important than my body. When all the other boys were fast like me, the difference between winning and losing, between a good time and a mediocre time, was how complete my attention was to the race. I thought of Max and Tom. In a way the real challenge of sports or writing or anything, really, is so simple: will your attention be on one thing or two? It doesn’t matter where you are or what you’re doing–your mind can focus on absolutely anything you let it.

This is important, I thought. I wanted to talk Max about it, to tell him what I’d noticed in the gym with Tom, to give him the kind of fatherly advice I only saw being given in TV family dramas, advice that might spare him years of trial and error to finally learn, but I could see he was otherwise engaged in some new idea. Best not try to compete with what he was already interested in, I decided. I glanced again at the runners. They’d finished their lap and were standing around the coach with their hands on their knees. I don’t miss the competition, I realized; at least not that kind.

Even when I was a teen myself and training for a state championship, my mind was already looking toward my future, toward some idea of adult success as an artist. That success, I believed, would mean one thing and one thing only: freedom. Freedom from the burden of work, of survival, of having to do things I didn’t want to do. I had it backward, I thought. It’s not failure that keeps you from freedom, it’s not knowing you’re free that keep you from success.