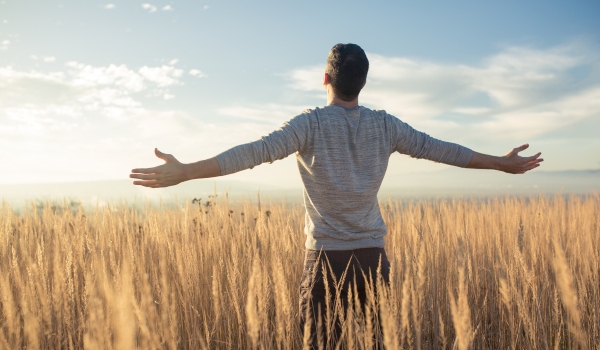 —
I’m the big fan of late pop icon George Michael. The legendary Sir Elton John once called George, “the greatest songwriter of his generation”. George is also from my generation. He passed away on December 25, 2016, in his home in Goring-on-Thames, Oxfordshire, England. George had spent a good deal of his adult life battling his demons of drug addiction and depression. He was only 53 years old. He was a year younger than me.

In an interview from his posthumous biography motion picture “Freedom” (2107), the interviewer asked George what he wanted most to be remembered for. He replied, “You mean – What do I want written on my tombstone? [Laugh]”

George acknowledged that he came from the era of the Musical Stars like Madonna, Michael Jackson, and Prince. The music industry itself was changing. That time had passed, and would never come again. Things were “much too fragmented”.

Regarding his possible legacy: George said that he’d like to be remembered as “someone who had integrity”. He again laughed, saying, “Otherwise… it would have been a waste of time.” Amen, George.

My favorite George Michael song is “Freedom 90”. Really it’s one of my all-time favorites. Academy Award Winner Mark Ronson, who along with Lady Gaga won Best Song for “Shallow” from “A Star Is Born” (2018), said of “Freedom 90”, “It’s the Mona Lisa.” And, Mark would know.

I had seen George perform later in his career at a couple of concerts in Los Angeles. His voice. His dance moves. Awesome. I had seen that MTV performance back in 1991. Again, we’re about the same age.

Singing “Freedom 90”, George expressed his authentic self, his absolute freedom, and his profound joy amidst his own very real personal trials and tribulations.

There are a certain irony and poignancy in his lyrics:

In a way, we all have to “take these lies” about ourselves, and ultimately accept and come to peace with them. There shall always be haters out there, and sometimes within. Just saying. George certainly lived that. Really, you or I belong to ourselves. I have to love and overcome me. Constantly. Again, just saying.

George suffered with depression, drug addiction, and his authentic sexuality. Back in 1988, after his multi-Platinum album “Faith” was released, he was the greatest Rock Star on Planet Earth. No way, George could “come out”. That would have been commercial suicide. Fortunately, at least in that aspect times have changed for the better. At least for the most part.

On the surface, George was beautiful, rich, and so very talented. Yet, what was on the inside was an entirely different reality. Having to deal with and work on my own depression in therapy with Lance, I had great compassion for George: as the man, as the human being.

In my older, perhaps wiser version of myself, I’ve come to get that I really don’t know what goes on inside another person. So before I cast my “first stone”, I should really do my best to get what it’s like to be that person. I should always have compassion, when in doubt. I need to forgive others for their humanity, much like I forgive my own self.

Freedom. “Take these lies and make them true.” Given my life, my childhood, from the time I was 8-year-old, I sentenced me: I’m no good. I’m unworthy. I’m weak. Although those voices in my head were my Dad’s, I took those ‘lies’ as truth. Consequently, I had no freedom. I was the one who imprisoned me with insurmountable expectations.

No, there’s no freedom in perfection. Actually, there’s also no beauty in perfection, either. Cheryl would remind me years later: wabi-sabi – embrace the beauty of one’s imperfection.

As fate would occur, Sensei Dan trained me in Aikido. Sensei didn’t expect me to be perfect. No. He told me, “Just train.” “Wait it out.” I didn’t have to be someone or something else. I was finally free to be me. I was free to invent my greater than version, whatever that would be.

Freedom is free to be me. Free to work on my greater than version, acknowledging my imperfection. Freedom is knowing that I’m good enough, that I’m a good man. I’m free to not give a fuck about what the haters think or say. So long as I respect others, and dedicate to becoming the greater version of myself.

Still, my soul hurts that George Michael might have suffered longer than I did, that he wasn’t able to dismiss the haters, and genuinely love himself. Because: We all deserve to be loved. Because in the Bigger Picture: That’s really all that matters. Just saying.

Rest in peace, dear George: “And flights of angels sing thee to thy rest.” You’re free my Brother. Amen. Amen.
.

END_OF_DOCUMENT_TOKEN_TO_BE_REPLACED

Facebook46Tweet2Pin1Email1Shares50
wpDiscuz
Share this ArticleLike this article? Email it to a friend!
Email sent!