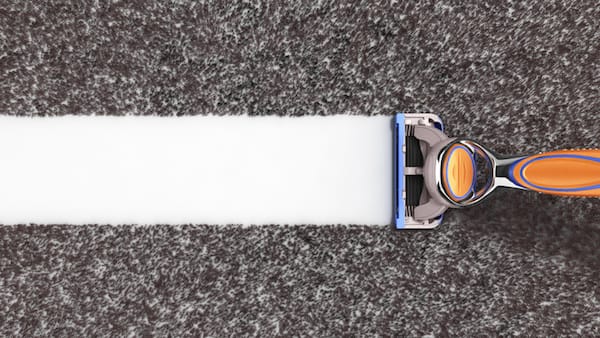 Indeed, those of us who are scholars of men’s studies, as well as those who are not, for that matter (and that includes the vast majority of people, including other men), have been inundated with a plethora of recent data, information, and messages about American men. Earlier this month, the American Psychological Association released its first-ever guidelines for practice with men and boys.

This was rapidly followed by an intriguing commercial advertisement taking aim at the issue toxic masculinity by razor manufacturer Gillette.

The deeply provocative ad employs its familiar “the best a man can get” slogan and argues to its viewers that men can do a hell of a lot better than harassing women and physically fighting one another. It concludes on a poignant note by capping off with a scene showing fathers from various walks of life demonstrating to their sons a more benevolent way to live their lives. Sounds like an inspiring commercial right? To most reasonable people this was the case.

That being said, for some conservative commentators from going all in on the commercial, citing it as another attack on men. Acerbic right-wing media commentator host and rabid Trump sycophant Piers Morgan denounced the ad labeling it as “absurd virtue-signaling PC guff” that had prompted to him (Morgan) to reconsider purchasing his razors with the company. Morgan’s rant was not quite over. He took to social media and further demanded “ Let boys be damn boys. Let men be damn men.”

To be sure Piers’ Morgan was not the only person who was put off by what he saw as the emasculation of men. Conservative feminist Christine Hoff Sommers, legions of men and a few other women (primarily on the political, social and cultural right ) weighed in with acerbic criticism and jaundiced eyes as they made their displeasure at the Gillette ad known. The ad undoubtedly offended some men consumers who were offended as being painted with the same stale broad brush as their more randy, rowdy, less, mature counterparts.

Whatever the intention of the ad, it was remarkably effective in garnering ample amount of visual publicity and print commentary. It is important to note that Gillette steadfastly denies that the ad was a stunt. Moreover, the company has announced that it will be pouring substantial money into projects to boys and men across generations and regularly target male stereotypes with varied rhetoric. Truth be told, even the most progressive among us know that no matter how “woke” this newfound crusade is, the fact is no amount of is mercenary propaganda from any corporation, including one that is geared toward promoting men to do better by their female brethren, is likely to stop the majority of virulently, sexist men from physically of psychologically abusing women. Something tells me that Gillette is likely to know this. That being said, if it does make even a few reconsider their abhorrent behavior, this will be progress.

Commercials and advertising aside, the problem I have is with the defensive posture of so many men toward being asked to reexamine their current behavior. To be sure, there were/are a sizable number of men who have saluted the ad and have adamantly embraced its message. This has been particularly true among younger generation X’ers and millennials. On the contrary, among a number of older men, their reactions have been nothing short of draconian. This fact in and of itself is deeply troubling.

We should be telling men and boys to:

What is so wrong with telling men to refrain from engaging in violent, sexist, misogynistic behavior!? Those men (and women for that matter) who ascribe to the belief that to be a real man one must be harsh, crude, vile, callous, misogynist, self-absorbed, ruthless etc… are deeply troubled individuals who have been indoctrinated with a perverse value system. To these people I say one thing GET A LIFE AND QUICK! These are the people who could be classified as psychological misfits. Sad to say, they are fairly abundant in number.

Kudos to Gillette and its supporters for acknowledging the elephant in the room that has been ignored for far too often. Hopefully, this will be an opportunity for certain men to turn the corner, so-to-speak in their lives as they move further into the 21st century.

Facebook142Tweet4PinEmailShares146
wpDiscuz
Share this ArticleLike this article? Email it to a friend!
Email sent!