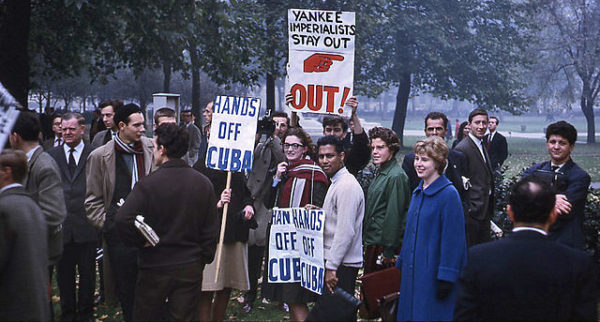 Study the past if you would define the future.

Many moons ago, on a late summer visit to a rural region in North Carolina, I took a bike ride by myself.  And as often happens when I explore new environs, I got lost.  And in getting lost, I found something.

It was a waist-high historical marker posted at the end of a dusty pebble drive leading to a modest country home barely visible from the road.  It was steamy out and I was sweating.  It was before cell phones, or before I owned a cell phone, so I couldn’t map my location and orient myself to get back to where I had come from.  I had to rely on a sense of direction and memory, neither a strong suit.   Stopping at the marker gave me a chance to regroup, refresh, refocus, and read.

The message stopped my other thoughts.  It sucked me in.  It disturbed me.  I could not fathom how an event so large, so significant, so horrific, so life-changing and so life-ending, could be connected to this small, isolated, quiet spot.  It was hard to fathom.   I could not connect my present with this past.  And it brought up many fears, processed and unprocessed, from my childhood.

I was, and I guess I still am, a cold-war kid.  I was born a few years after the Cuban Missile Crisis in 1962.  As snatched from Wikipedia, the Crisis was a 13-day (October 16–28, 1962) confrontation between the United States and the Soviet Union initiated by Soviet ballistic missile deployment in Cuba. The confrontation is often considered the closest the Cold War came to escalating into a full-scale nuclear war.

Almost ten years later, when I started kindergarten, America was still tingling in fear of a “final countdown” with Russia.  I vividly remember throughout my elementary school years taking part with other students in “duck and cover” or “bomb” drills, where we would crouch under our desks, both hands clasped over our heads for extra protection, waiting in that awkward and often painful position until the announcement came over the speaker for the “all clear.”

It was always hard to switch gears and get back to say, learning long division, after a drill.  I have always been a questioning person, perhaps overly skeptical, and could not imagine how a roll-top desk and my two little hands could stave off an atomic blast.  But I can’t recall any teacher or school administrator ever explaining anything more to us other than the rudiments of the safety procedures.

Nor did I remember them ever asking us how we might feel about the possibility of being vaporized in the classroom.  It all went unsaid, and so it was all internalized, and like all trauma not expressed, it had to find a way out somehow, sometime and somewhere.

For me, as a child, and well into my teens, it often arose when I noticed a jet trail high in the sky.  Even though I knew better, I would experience panic that it might be a missile instead of a plane, either leaving the United States and heading toward Russia, or vice versa.  I remember once, even, while playing golf with friends and seeing multiple contrails overhead, making an excuse mid-round that I didn’t feel well and walking off and speeding home so I could be with my family when the bombs hit.

College and adulthood, marriage and work, and also less tense relations between the two countries, had pushed away this latent anxiety.  In fact, by the time I took that bike ride, got lost, and found that historical marker, I had more or less forgotten this difficult and painful part of my youth.

But at that moment, at the foot of that little drive, in the heat and humidity, surrounded by the whirl and clicks of cicadas calling out from the deep weeds, it all came back.  This time, however, I didn’t panic.  If anything, I felt grateful for the chance, now as a maturing man, to have the chance to think about what I was reading – to sit with the feelings bubbling up, and to use them to put my questioning self to best use.

I was no longer a young child, unable to refuse to slide under a desk or to speak up about the absurdity and terror we were being subjected to.  I now could think for myself, could make my own conclusions, to take action or not.  This passed through me and over me as I read this marker.  I mourned and grew, became stronger and more sure of where I stood in life.

Not long after, I started on my first novel, The Book of Ash, a book with pacifism as the dominant theme, and set in a world rising up from the debris of mass destruction.

I write all this as a way of speaking to the movement today to move or destroy some historical monuments, to pull from circulation movies such as Gone With the Wind, to “cancel” shows and writers, artists and others deemed worthy of such censor.  It is a very controversial topic, and I will leave it to others to debate the merits of such actions or inactions.  But I do know that there is value to be had in seeing and hearing bad just as well as seeing and hearing good, and that if we erase the past, if we remove the sin, we lose the chance to learn from it and do better next time.

Facebook63Tweet3Pin1EmailShares67
wpDiscuz
0
0
Would love your thoughts, please comment.x
()
x
| Reply
Share this ArticleLike this article? Email it to a friend!
Email sent!