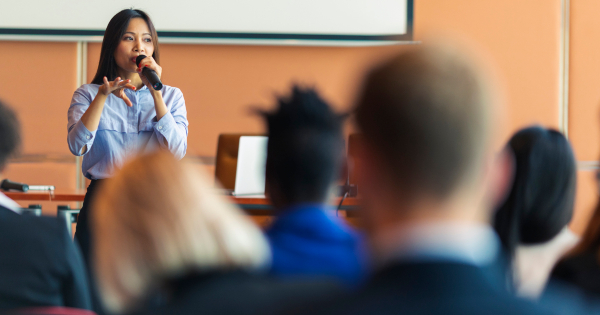 For a long weekend in September, 29 organizations dedicated to participatory democracy and the solidarity economy gathered in Detroit for Symbiosis, a “Congress of Municipal Movements.” Despite working on similar projects, it was the first time that many participants had the opportunity to meet in person. They discussed their visions for a truly democratic society and how they could work together to bring it into being, with an eye toward launching a North America-wide confederation for ongoing support.

“No one has ever tried to tie these kinds of local municipal projects together into a confederation before,” says Fiona M., a delegate. “There’s no limit to what might be possible once we all start sharing skills, strategies, and resources.”

Despite the novelty of the undertaking, and difficulties in the details, participants managed to reach an agreement in the waning hours of the final day. Symbiosis created a confederation of directly democratic institutions stretching from Oaxaca, Mexico, to Calgary, Canada.

“We have been building with a core group toward the Congress we just hosted since the summer of 2017,” explains Symbiosis co-founder Kelly Roache.

Formally launched in January, Symbiosis is a network connecting grassroots organizations across North America in an effort to build local direct democracies. Members of the network include worker-owned business initiatives, such as Cooperation Jackson, and community organizing platforms, like Olympia Assembly. The network also has partner organizations, such as Black Socialists of America, ROAR Magazine and the Institute for Social Ecology. Following a model described in “Community, Democracy, and Mutual Aid,” a paper written by Symbiosis organizers in 2017 (and praised by Naomi Klein as “a flexible roadmap for scaling up participatory democracy”), the network’s small team sought to bring together its member and partner organizations for an in-person meeting to realize the potential for a continent-wide confederation supporting directly democratic communities and workplaces.

One of Symbiosis’ partner organizations is the Democratic Socialists of America-Libertarian Socialist Caucus. Founded in 2017 as a section of the larger DSA, the DSA-LSC focuses on “dual power,” challenging the hegemony of the state and capitalism with projects such as community gardens, childcare collectives, tenants’ unions, worker cooperatives, and tool libraries. As a relatively new effort, DSA-LSC joined Symbiosis to learn from more established organizations, such as Cooperation Jackson, which launched in 2014.

“Symbiosis offered us a unique opportunity to plug in with some of the most experienced and effective dual power organizers in North America,” says Fiona, who represented DSA-LSC at the Congress of Municipal Movements.

DSA-LSC’s involvement in Symbiosis illustrates the ideal of mutual aid that the network advocates. DSA-LSC not only benefits from the experience of better-established members but is also able to contribute its unique expertise to the benefit of the larger network, namely through its work forming democratic practices online. With more than 900 members across the United States, DSA-LSC has been experimenting with tools and procedures for challenges like virtual voting. Symbiosis, with its organizations in three different countries, is starting to consider such issues.

“Symbiosis member organizations are dispersed across the continent, so quite a bit of organizing will necessarily happen online,” explains Fiona. “There aren’t very many activist organizations that have done this at the scale we have, so we hope to contribute what we can to make the virtual component of the confederation a success.”

Ideals aside, the Congress of Municipal Movements was not without its challenges. About 130 delegates had just three days to address an ambitious agenda, including points of unity, decision-making structure and political education, with an unfamiliar parliamentary process. Many delegates had never worked together, or even met and there was a myriad of cultural differences among them. Pivoting to meet these unexpected difficulties, the agenda and parliamentary process were abandoned on the first day. Instead, the delegates ran with an “emergent process,” reorienting the Congress to account for their circumstances and priorities.

“Everyone took the time to rework the agenda the first day and rework the procedural process on the second,” says Fiona. “In the end, we accomplished what most of us saw as the key to calling this Congress a success and ensuring this wouldn’t be the end of this ambitious and important project: a way to communicate and make decisions going forward… Right at the end of the Congress, we reached consensus on those structures and how to work them out going forward.”

Despite the difficulties — or perhaps because the delegates were able to overcome them — core organizers with Symbiosis consider the Congress a success, validating their hopes in the potential of direct democracies.

“My key takeaway from the Congress is that the folks who were in the room, and those they represented, collectively have many of the tools we need to build another world together,” says Roache. “To succeed, we must continue building the relationships of trust we advanced during the Congress.”

“After more than two years of planning by a very small core team, all of this is still sinking in,” she says. “But I’m more than ready for some rest and to pass the baton to the confederation delegates.”

This post was previously published on Shareable and is republished here with a Creative Commons License.