I’m grieving for all of the women, silent victims like me, who see the bravery of the women who come forward and never did the same. I’m grieving for the sacrifices made by Dr. Christine Blasey Ford, for Anita Hill, for Emily Doe, for Tarana Burke, for the victims of Bill Cosby, Larry Nassar, Harvey Weinstein, and President Trump. I see you and I think of you often. On the days you sit and wonder if it was worth it, know there are millions of women who are sending you love and strength and gratitude for what you did for all of us.

I’m grieving because I wrote an article in September of 2016, called You Just Reminded Silent Victims Like Me Why We Didn’t Tell and reread it yesterday, realizing I could have written the same article today. This was a week before the famous p**sy grabbing video, two months before we elected the p**sy-grabber president, and months before the #metoo movement took off.

I would love to say “for all you men out there who think…” but I see women who don’t understand the gravity of sexual aggressions either, which grieves me even more. So, for all you men and women who think it strange to report your abuser 1 year, 5 years, 30 years later, and somehow take it to mean that it didn’t’ hurt the victim that much, you just don’t get it.

I’ve lived a full life in spite of my rape, in spite of the other one-off sexual aggression, and I haven’t stayed in my pain or been completely defined by it. But that doesn’t mean for a minute it didn’t change me, or that it hasn’t replayed in my mind over and over for the past 30 years.

It doesn’t mean that at all.

How you choose to deal with something like this, after it happens, is a personal choice. If you talk to other survivors, there are no manuals of the right or wrong way to deal with such a personal assault. It took me years to start telling people. It took me 28 years to tell my story publicly. It took me to today to publicly name my rapist, Chris Little, and name the deacon at my church who felt me up and threatened me, Jim Duke.

Nothing will happen to them because I put their name in an article. Duke died last year and there are million Chris Little’s in the world.

Would I blow up my own life to see them possibly own up to their assault? Nope, I’m not really that brave.

If I found out one of them was becoming a Supreme Court Justice, well, there’s a good chance I would find the courage and do the same as Dr. Ford and Anita Hill. There’s a wisdom in knowing the price-tag is worth paying for women who will appear before Thomas and Kavanaugh, even if it doesn’t stop their appointments. It’s possibly the only way Ford and Hill could sleep at night.

Memories of abuse are a weird thing.

I remember what I was wearing because I remember Chris forcefully pulling down my white and green pinstripe shorts. I don’t remember pulling them back up after, but I remember stopping at a gas station as I hurried out of town and throwing them in a trash can. I thought that would get rid of the memory…throwing away one of my favorite outfits, but here I am, 30 years later remembering it. I remember the sound of metal rods on my bed rhythmically rattling as Chris forced his penis into me over and over again. I remember the fragments of the Bible verse that I said in my head as my “No’s” were ignored. ”Consider it all joy brethren when you encounter various trials because it is a test of your faith to produce perseverance.”

Yet, I don’t remember what I wore when Duke, a deacon and father of one of my close friends, came up behind me while I was the lookout for the guest of a surprise party. My mom asked me to watch the window for the honoree to arrive, so everyone could hide. I do remember how Jim’s breath felt on my neck as he grabbed my breasts and whispered, “If you tell anyone, no one will believe you. I’m a deacon and you’re just a silly girl.” I remember how his erection felt on my back, even though I was a 14-year-old girl who didn’t even know how erections felt yet.

I remember how scared I was to tell anyone for 20 years, and how scared I was for his daughter and all of our other friends, wondering if he had done it to them, too. In some strange way, I was protecting my Daddy, too. If he knew, I am not sure what would have happened, but I imagine it would have involved cops and possibly his gun.

I knew at 14 this wasn’t right, just like Jim Duke, somewhere in his 40’s knew it. Just like Chris Little at 19 knew I was planning to stay a virgin until marriage, and then went and bragged about what he had done to one of our co-workers.

But formally accuse them?

Then it’s suddenly some blurry line on whose fault it really is…what were you wearing? No blame there. Were you drinking? Nope, I still don’t drink. Did you do anything to make them misinterpret anything? Nope. I definitely never entertained the thought of a 40-year-old goon touching me that way. Nor was I even allowed home alone with Chris or any boy–a rule my then-deceased daddy made…I’m sure because he knew how boys could be. But formally accuse someone, and it suddenly becomes the greater fault of the woman.

The grieving this week really hurts because it’s easy for survivors to think things have gotten better when you don’t see the disregard for women splashed everywhere. When a predator becomes president, it’s bad enough, but you cross your fingers and hope you only have to endure that for four years, maybe eight. But a LIFETIME appointment to be one of the most sacred lawmakers of the land, well, that is something completely different.

I have a feeling that Dr. Ford isn’t the only person that Kavanaugh has done something like this too, just like I’m sure in my case, that Duke didn’t just single me out. I hope for Dr. Ford’s sake, for ALL women’s sake, that the others will come forward, and with haste.

But to all my fellow survivors, both those suffering in silence and those who had the conviction to blow up their life to see justice done, even in the court of public opinion alone, I am with you.

I am grieving with you this week.

I am holding space for you.

I am hoping we remain gentle with ourselves and I am asking you to join me in sending Dr. Ford, all the energy, strength and love you can in the coming days.

Thank you for championing all of us!

Photo by Sydney Sims on Unsplash 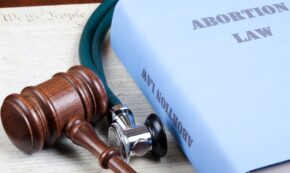 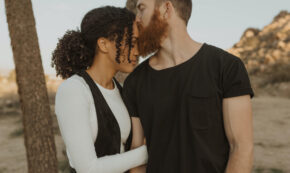 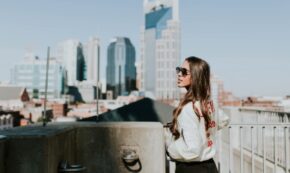 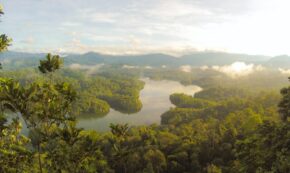 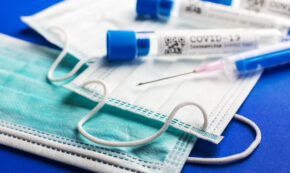 FacebookTweetPinEmailShares196
We use cookies on our website to give you the most relevant experience by remembering your preferences and repeat visits. By clicking “Accept”, you consent to the use of ALL the cookies.
Do not sell my personal information.
Cookie SettingsAccept
Manage consent