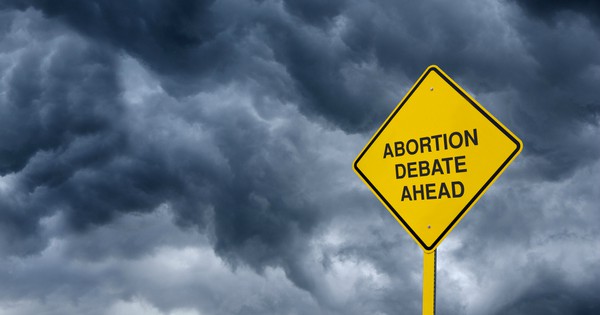 —
A number of states, most recently Georgia, have passed so-called heartbeat laws, banning abortion if a heartbeat in a fetus can be detected. It doesn’t take a genius to see what’s really going on here — such laws would be fought in court in the hope that the U.S. Supreme Court would overturn Roe v. Wade.

I’ve opposed legal abortion as long as I can remember, but as things stand now you’ll have to excuse me if I see such bills as promoting bullying, not “life.”

I say that for two reasons. One, back in the late 1970s the issue of abortion was deliberately sheared off from other issues having to do with Joseph Cardinal Bernerdin referred to decades ago as a “seamless garment of life.” That is to say, such things as racism, environmental degradation (today, referred to as “climate change”) and immigration have been at best placed on the back burner for the sake of building a movement which does effectively nothing but push people around. Indeed, the idea that the state would support such consistently pro-life efforts has already been denounced as “socialism.”

Two, the political right, especially the religious right, has this mistaken notion that simply asserting its authority will turn this nation around morally, subscribing to the delusion that once it pushes its agenda through force of law that people will simply obey it. (Never mind that the idea is theologically nonsensical because people still have a core of evil.) Even were Roe overturned I see organized resistance — not to mention that enforcement of such laws will be spotty at best.

Sorry, but simply banning abortion won’t even begin to cultivate a new “culture of life.” My own pastor, who shares my view, put it best when he said sarcastically in a message nearly 20 years ago, “Oh, save them babies, but don’t expect me to pay for feeding them — and don’t bring them into my neighborhood. But save them babies … ”

You may ask, “How do we then promote life?” By asking the deeper questions — even though the answers might inconvenience you.
—

This post was previously published on www.uncommonsensecommentary.blogspot.com and is republished here with permission from the author.