Get Daily Email
Join/Login CLOSE
Home / Featured Content / How Men Make New Friends (We’re Making it Harder than it Has to Be)
View image | gettyimages.com

Men are taught to pretend they’re self-sufficient. But every guy needs friends he can depend on.

Like most men, I used college campuses as my main method of meeting like-minded people. When you live in a place where there are three to four campuses within a few train stops, it’s easy to avail yourself of opportunities to meet new people. By the time I’d graduated, the small group of friends I had was solidified into lifelong friends. They balanced me out and they’d  proven themselves to be worthy of the circle of trust. But of course people change. Situations happen. And as an adult, your definition and expectations of a friendship change.

It’s hard to make friends when you’re a grown, established man. It becomes particularly trying when you move to a new city or find that you’ve outgrown your current circle. Men are usually bonded by a small group of commonalities; sports (and their respective teams), being of the same racial/ethnic background, or being in similar phases in life. As a single man, though, you’re often left to feel like the new kid at school who’s cautiously deciding where he fits in best.

I don’t believe that men have a hard time making friends. I do think that our approach to friendship can sometimes create a barrier of apprehension. Every man thinks that he’s self-sufficient. We think that it’s perfectly normal to be on our own or find comfort in alienating ourselves. By the time you reach a certain period in your life, the idea of putting yourself out there in any relationship is daunting. And to put it bluntly, asking another guy to hang out just sounds freaking weird! Yet, we need each other. Men need to foster friendships with other men because we’re all experiencing the same troubles, frustrations, and progressions throughout manhood. Iron sharpens iron.

As a man who’s on a journey to make new friends at a different phase in my life, here are some tips I offer up should you find yourself doing the same

Set aside your personal issues: Women aren’t the only ones who can have trust issues with the same gender. Men often hang onto things. If a friendship that meant a lot to us ended badly, the sting from that might stick around. Just as someone would give you the advice with a romantic relationship; don’t choose to rehearse that hurt. Deal with it and then let it go. Whatever your insecurities are, get over them so you don’t project them on others. Judge each new potential friend on their own individual qualities, good or bad.

Be open to being open: For the better part of my life, I never had friends that were of a different race. It’s statistically proven that we most often bond with people “of our own kind”. Logic tells you that it’s limiting to insulate yourself by not overlooking stereotypes or presumptions. Despite all of the heightened sensitivity around racial divisions right now and conflicting ideologies, I try to keep an open mind when I encounter a man of a different background. I noticed that as recently as a few years ago, I worked a little harder to find something in common in addition to maybe loving the same sport or working in the same company. Most friendships begin with a small building block.

Don’t be embarrassed to say you’re looking for new friends: Men use dating sites to fulfill all types of biological and romantic needs. It’s normalized to advertise you’re looking for x, y, z to satisfy a role in your life. We aren’t always as warm to social groups that promote unity among men of a certain age though. For example: at my church, I’m part of a group that includes some of the newest members of the congregation. While its intent is to assimilate us into the body of Christ and to learn church policies, the group serves also as a way to meet new people; in this case, other Christians. So through consistent interaction, groups that are made up of strangers encourage you to vet new guys because everybody is there to inherently branch out to get to know new people. There is no fear of looking or sounding dumb by asking to get together outside the confines of the group.

The older men get, the less likely we are to dedicate time to meeting new people. By the same token, the older we get, the more likely we are to lose those relationships. Making new friends for men doesn’t take a long time. However, like any other relationship, you have to approach it with a positive outcome in mind.

James Woodruff is a 30-something struggling Christian who's not too proud to admit his failures. One Bible verse that has become his life's mantra is John 3:30. You can visit his personal blog, 30s and Beyond, at http://30sandbeyond.wordpress.com or tweet him your thoughts @jusjam3s 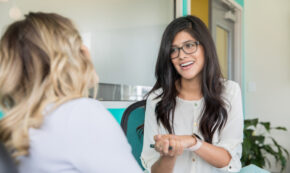 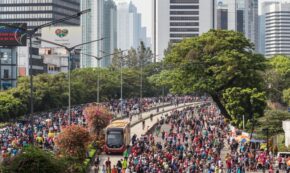 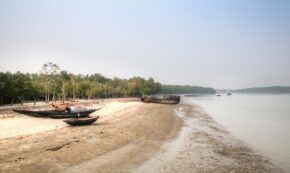 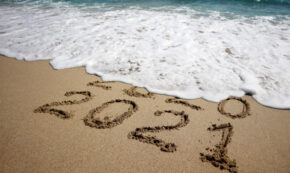