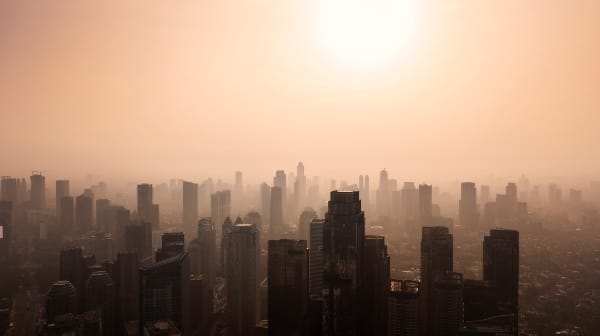 By Sarah Colenbrander and Andrew Sudmant

Inequality is one of the great challenges of this age, and one that will only be exacerbated by climate change. Most pronounced is the problem in cities, where skyscrapers may tower over slums and street vendors hustle outside air-conditioned supermarkets.

But new research has revealed that taking action to reduce greenhouse gas emissions within cities could be one of the great levellers, with the largest social and economic benefits enjoyed by the poor.

Energy use alone is responsible for nearly three quarters of global greenhouse emissions, and most energy is consumed by the rich: to drive their cars, heat their buildings and manufacture goods such as refrigerators, air conditioners and televisions – all of which then demand more energy throughout their lifetime. Globally, the wealthiest 10% of people may be responsible for more than 50% of emissions.

Though high-income households bear more responsibility for climate change, its most severe impacts will be felt by the poor, who are more likely to live in areas exposed to environmental hazards, such as floodplains or steep slopes, and whose homes may also lack basic infrastructure that might reduce the impacts of extreme weather, such as drains to safely carry away storm-water.

Then, in the aftermath of natural disasters, it is the poorest in society who struggle to access the financial resources they need to rebuild their homes and lives, turning a storm into a catastrophe.

But vulnerability to climate change is not just a function of low incomes. Women, for instance, are less likely than men to know how to swim or to be reachable through conventional emergency warning systems, which puts them at greater risk in the event of a flood or storm.

Having reviewed more than 700 studies on transport, buildings and waste management, the research team fom the Coalition for Urban Transitions found that choosing low-carbon options would not only improve public health, create jobs, enhance productivity and cut energy bills, but that many of the gains would be mostly enjoyed by low-income urban residents. Those most vulnerable to climate change are therefore also those who would benefit most from climate action.

Consider outdoor air pollution, which causes around 4.2 million deaths every year, and asthma, bronchitis and other chronic diseases for millions more. This burden of ill-health is overwhelmingly borne by low-income urban dwellers, who more frequently live in polluted areas along highways or near power plants, and are more likely to work outdoors as street vendors, labourers or waste collectors.

Producing electricity from renewables instead of coal, making vehicles more energy efficient, and shifting to lower-carbon fuels for heating and cooking can cut both pollutants and carbon emissions. Since the poor suffer the most from toxic air, they also enjoy the greatest health improvements.

Or consider road safety. More than 1.25 million people die every year from traffic accidents. Ninety per cent of whom live in developing countries and nearly half are pedestrians, cyclists or motorcyclists. Many of these people cannot afford a car or even public buses, but face a terrible risk on every trip. Women may face additional constraints, as cultural norms and additional physical risks often deter them from cycling or walking freely around the city.

Segregated walkways and bike lanes are essential to keeping pedestrians and cyclists safe, and the provision of street lighting and street furniture such as benches can further enhance people’s safety by turning the pavements into a place where people want to be. It’s those who are unable to afford any other means of travel that benefit the most, and at the same time, these measures can reduce greenhouse gases by establishing non-motorised transport as a safe, enjoyable way to commute.

The costs of air pollution and road accidents are immense, and overwhelmingly borne by the poor. People are dying because they cannot breathe easily or move safely within cities. This new paper shows that there are opportunities to tackle these everyday inequalities, and simultaneously reduce the risk of dangerous global warming.

Ambitious climate action can therefore lay the foundations for healthier, safer and more equal cities for decades to come.

This blog was first published on the CityMetric website.

A version of this post was previously published on iied.org and is republished here with permission from the author.