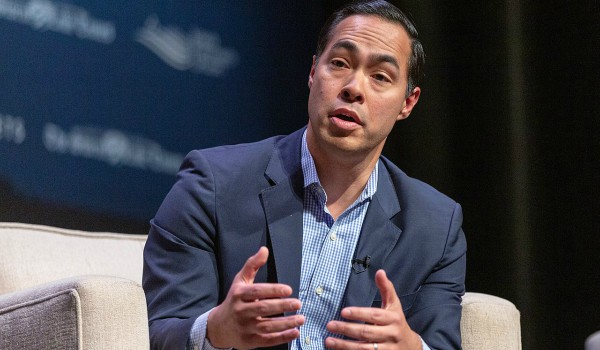 Another Mayor running for president. Julian Castro from San Antonio launched his campaign on January 12th 2019. Which, given the number of people who have jumped in the fray, seems years ago. He is almost an old hand at running for President.

When you combine the time he has spent on the campaign trail with his experience as Obama’s Secretary of Housing and Urban development it is no surprise that he actually has taken some real positions on various issues. And, since I was foolish enough to decide to take a closer look at every candidate it is refreshing.

Castro supports Medicare for All. He was quoted as saying, “There is no reason, as many folks have pointed out, that in the richest nation on earth, anybody should go without health care.” Indeed. Our health care system needs big changes and drastic improvements. Half solutions are not going to go far enough.

He has advocated for universal Pre-K system and promised to fund it. It is easy to make a lot of noise about education, but No Child Left Behind proved how draining and damaging unfunded mandates can be on school districts. Plus, he wants to spend more on public education, from Kindergarten through high school. Even beyond, by eliminating tuition at public universities and community colleges.

Castro has a plan to reform the nation’s police department.  Probably long overdue, and certainly needed. It is ambitious but it has to be. It is the most direct and profound of all the approaches.

Julian Castro has some potential, and he has some experience. And he is not afraid to try the unusual. He was a driving force in securing WiFi in public housing in twenty-seven cities and one tribal nation.  Internet access is an important component of education and learning.

In my opinion, bold ideas have been scarce in the Democratic Party for the last several years, and Castro can breathe life into the primaries. How far he can go is another question entirely, but if he can drive some conversations towards reform and improvement he has done wonders.