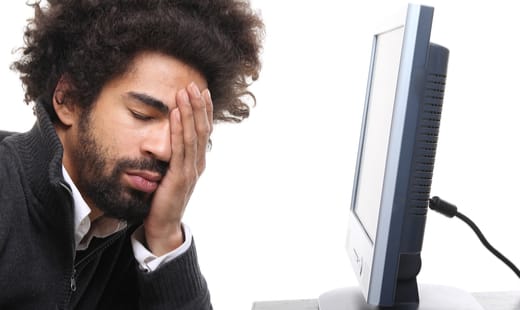 To put it very simply: Liam Neeson right now is repeating very real lived trauma for black people as part of a way of saying that he’s a better person now. Our trauma, fear, lack of safety is not a backdrop for your growth. — Dr. TJ Tallie, Assistant Professor of History

Oh, white folks. Oh, my white brethren. Why oh why do I have to keep writing the same things over and over? Do you know how much I miss writing about films I enjoy? I really do. But you’re making things very difficult. Because, clearly, you are not. Learning. Anything.

Please read the following in the best sports announcer voice you can:

Hey hey hey! What do we have here? Oh yes! I see! We have a group of white celebrities engaged in a battle to the top of “who can fuck up their career the fastest.” In the ring currently, we have Barbara Ehrenreich’s adorable (read: nauseating) Twitter commentary on Marie Kondo versus Liam Neeson’s impulse to kill a black person after a close friend was sexually assaulted.

I have a t-shirt I got made for the last conference I spoke at. It’s a pretty wordy t-shirt but I love it. It was the first thing I thought about when I read about Liam’s “confession.” It says, “Why be racist, sexist, homophobic or transphobic when you could just be quiet?” and this is an issue I think about quite a bit- is it better to have these people reveal their pasts and this information or is it better to do what Ms. Manners told you: if you don’t have anything nice to say, don’t say anything at all.

Realistically, if we never revealed past “indiscretions,” we would never have had the Kavanaugh Hearings. We would never found out about Northam’s past Moonwalking dance moves. And although the Kavanaugh hearings didn’t turn out the way they should have and while they were incredibly traumatizing to watch for many women (myself included), I think that will eventually prove to have a future positive impact.

There is an incredible tension here (especially in my case as a white woman) in the study of trauma revelations and re-traumatization, or trauma experiencing. It’s very tricky. There is privilege here and there are issues that I think need to be talked about, discussions that need to be had. But not at the expense of people’s hearts, minds and sanity. So where do we do this? How do we walk this tightrope? And who (and how) do we ask to do this labor? How can we thoughtfully develop a reasonable “security team” so to speak?

So we come back to today’s case study.

Liam Neeson and his place in re-awakening people’s trauma and trivializing people’s pain for his own film promotion and to backtrack and try to un-fuck his fuck-up. It seems especially strange for this incident to come up during a PR junket for a new film. However, I do believe it has backfired immensely and like….no shit? Because like…why would this be something you talk about when promoting a new film? OF ALL THINGS YOU COULD TALK ABOUT.

Now here’s the thing: I do like a grip of Liam Neeson’s films. I’ve enjoyed writing about The Grey (Joe Carnahan, 2011) and I enjoy the Men in Black series. The latter are thoroughly ridiculous and to be fair- Will Smith and the silly alien creatures are the REAL stars, amirite? But just because I have an appreciation for these works does not mean that I didn’t sit up and do the “WTF?” face when all of Neeson’s “I got mad at black people and went out on the streets hunting them down” became a public statement. Because let’s get real: that’s exactly what he did. Liam Neeson went hunting.

Unless you’re watching John Woo’s Hard Target (1993) that one episode of Law & Order: SVU or reading Richard Connell’s original 1924 short story “The Most Dangerous Game,” hunting humans is rather passé these days.

But Neeson took it a step further. As one of my girlfriends online pointed out, had Neeson said that he was just going out revenge-ing on someone, anyone, it might have been a different statement. But he asked for the person’s skin color. If he just went out in the streets screaming and yelling, raging and looking for a fight because he was so hurt someone had hurt someone close to him… I mean, I know that pain. I can’t argue it is traumatic for a man to know someone he cares about has been hurt and deeply damaged. I think we can all recognize and acknowledge that. But he didn’t. He was specific.

I have to engage this: why would trauma initiate a racially-charged reaction? What would drive a person to directly look towards the chain of ideas that work towards grabbing a weapon and heading towards a black neighborhood? The answer is simple: white supremacist ideology and social construction. It’s the way most white folks think and what we have been raised with so it’s not surprising. The criminality of people of color? Why is anyone surprised that Liam Neeson has done racist things?

See, this isn’t a “surprise racist thing.” This isn’t like a haunted house or a jack-in-the-box. We need to stop thinking that way. There was something there already. It’s socialized into the white system. I will argue this because I know it to be true. We have seen this time and time again. It is Hollywood’s broken record of “But I’m Not A Racist, I’ve Got Black Friends…”-style thing.

Now here is where I really want some listening.

This was an indefensible act. He knows it was indefensible too. That’s the thing. If you think he doesn’t, like…go look. Go watch. See him try to make these non-apologies. By now we have had some good apologies out there so it’s not like he doesn’t have anything to pull from. Plus it’s Hollywood. He has a whole team. And they’re probably young and have all teh social mediaz.

Let me repeat this with more clarity: the support/empathy provided by white folks to celebrities who have committed bigoted/racist acts does not feel the same for POC as it does for white folks.

You can extend that to acts of homophobia, transphobia, sexism, and other tentacles of the kyriarchy but for this argument, we’re gonna stick with racism.

Going back to my opening quote from Dr. Tallie: the idea that Liam Neeson is trying to publicly proclaim himself “better” or “healed” from the disease of racism not only repeats black people’s traumas (as Tallie states) but it also ignores and disrespects the hard work and emotional labor that people of color do every fucking day whether they want to or not. For example, this case study! Who wanted to wake up to watch Liam Neeson be like: “Oh I wanted to hit black folks with a crowbar but I’m not a racist” and have bunches of white people respond: “oh, we’re so sorry that happened to you! We get it! It was 40 years ago, after all!” ???

Answer?… A whole lotta nobody. That’s who wanted to wake up to it. NOBODY.

Therefore, I will implore all the white people in the world to please do better. You can. The information is out there. It may be uncomfortable but it’s not hard. And just because someone’s a star doesn’t mean they are a great person. Also? Just because they are a shitty person doesn’t mean you have to hate their work. That’s a personal choice. But that’s a separate discussion for another time.

Facebook31Tweet1PinEmailShares32
wpDiscuz
Share this ArticleLike this article? Email it to a friend!
Email sent!