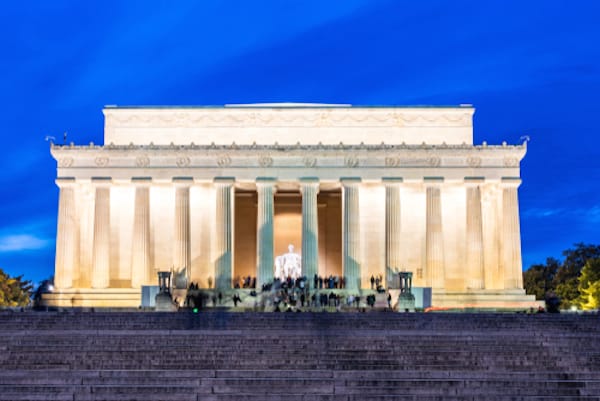 The party formed around the idea of abolition has embraced racism as its cause. Almost no elected Republicans are willing to call Donald Trump out on his campaign of racism to win re-election. They are in part afraid to because they want those Americans who are racist to vote for them and they are racist. Abraham Lincoln gave his life to two ideas: a house divided against itself cannot stand, and his belief that the United States was the last, best hope of democracy.

Adolph Hitler was an anti-Semitic megalomaniac who killed millions. His rise to power was in a well-educated, Christian country, angry that it had lost a war of conquest. Hitler’s scapegoat for the mess Germany found itself in was the Jews. Many Germans watched his rise without believing his anti-Semitic writings and speeches. Many Germans in and out of government believed that they could control the little corporal and they were wrong because anti-Semitism was part of European history. Hitler became chancellor for many reasons but partly because the labeled resistance to him and democracy as leftist, socialist and communist.

Once in power Hitler dismembered the Weimar Constitution and ruled by decree, the German version of an executive order. As each day passed, he consolidated power, reshaped the German justice system in his image and arrested and murdered his opponents. He became the government. Adolph Hitler was a racist all of his life. Once he had no opposition the war against the Jews began and he pursued it ruthlessly as part of his idea of racial superiority and cleansing. The Reichstag was a rubber stamp called into session to applaud speeches. Criminality became part of Nazi doctrine. The Army sold its soul with an oath of obedience demanded by Hitler that proved to be an empty defense at Nuremberg.

Our Constitution legalized and protected slavery. It resulted in Fugitive Slave Laws and the Supreme Court dutifully made slavery the rule of law. New territories were made states only after the question of slavery had been resolved in their borders. American Slavery was based on racism and racism was based on hate. The Constitution failed to prevent a great civil war that killed over 750,000 Americans as the price of abolition. In the post- Civil War South, lynching– white terrorism was the law. Murder in broad daylight on Main Street was the rule. Segregation was based on racism and racism endured into the Twentieth Century. In the 1970s Lincoln’s party discovered racists vote.

Donald Trump has been a racist all his life. He is now President, elected by racists and monied interests who profit from his greed and profligacy. He rules by executive order and disregards legal norms whenever they interfere with his ego or reckless programs. He is packing the courts with judges who have voiced opinions that decisions like Brown v. Topeka Board of Education are not settled law. He is obsessed with Barack Obama and his successes while President. He now publicly campaigns on a racist platform. A draft dodger he embraces patriotism and the military to obscure his cowardice and his failure to serve his country in any way. Criminality is the watchword in his cabinet. He has sold his country to Russia for God knows what. How far we have fallen. There are good men and women standing up but they will only succeed if all good men and women stand up and say this is wrong. The Republican Party has admitted its racism and can only be defeated because of Gerrymandering by all hands-on deck. Good women have stood up. Good men now need to stand up. Remember Kristallnacht, remember Charlottesville.

David P. Madden is a retired trial attorney who tried over 100 jury trials in state and federal courts. He was a Lieutenant Colonel in the Army JAG Corps and has taught law and history at the College level. He tried cases involving civil rights, governmental liability, excessive force and numerous other matters including professional liability, torts and products liability. He has argued numerous appeals and taught clinical legal education to lawyers. He was rated Av by Martindale Hubbell, an attorney rating service, its highest rating peer and client review for skill and professionalism.

Facebook47TweetPin1EmailShares48
wpDiscuz
Share this ArticleLike this article? Email it to a friend!
Email sent!