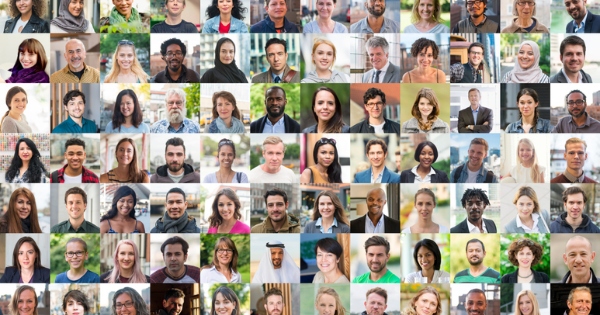 —
There is a troubling trend that has crept into the American cultural landscape with rather startling determination. Across the landscape of our divisive politics and increasingly illiberal bureaucratic structures, one topic seems to unite average citizens to average citizens. In our private and public lives, where intellectualism is concerned, we have become a nation rooted in a pervasive anti-intellectualism unworthy of the origins of American society.

In the seventeenth and eighteenth centuries, a number of legendary men formed part of the American Enlightenment, a movement based on the revolution of thought taking place in Europe. The aim of the movement was clear: to develop an American society founded along the centuries of literary intellectualism that led to the European Enlightenment. On the topic of religious freedom, one of the seminal issues that drove early European settlers to North America, to that of economic liberty, the writings of philosophical men such as John Locke and Thomas Paine contributed to the creation of perhaps the most important document in American politics, the Constitution.

Of course, the period of the Founding Fathers is not without its controversies. Though revolutionary concepts like equality of all men under the law and freedom to pursue life, liberty, and happiness are cornerstones of the Declaration of Independence, the extension of these rights to all American citizens took a considerable number of generations to bring about. Yet, without the rich philosophy of thought that sparked the American Revolution and pushes to independence, it is unlikely the diverse melting pot that is contemporary American society would have ever existed.

Hundreds of years removed from our origins, today’s American citizenry prides itself as the “land of the free and home of the brave.” Yet, without a dedicated willingness by the American population to foster the intellectual legacy that made the concept of America possible, the threats to our freedoms become all the more difficult to root out. One of the most consequential books to discuss this topic was written in 1963 by Richard Hofstader. In Anti-Intellectualism in American Life, the author walks the reader through a fertile historical ground in which the roots of American anti-intellectual grew. Initially a byproduct of the religious multiplicity that replaced the puritanical faith of early European-American settlers with the evangelical one, Hofstadter dissects the cult of personality that brought religion, and then secular society, in direct conflict with our intellectual roots:

“In a considerable measure, the churches withdrew from intellectual encounters with the secular world, gave up the idea that religion is a part of the whole life of intellectual experience, and often abandoned the field of rational studies on the assumption that they were the natural province of science alone.”

Eventually, the anti-intellectual process would creep into secular American society, of which Hofstadter would write, “A large segment of the public willingly resigns itself to political passivity in a world in which it cannot expect to make well-founded judgments.” It is here, within the political passion play of American civic society, that a mistrusting public wields the politician as its social sword, striking at “the subversive teacher, the suspect scientist, or the allegedly treacherous foreign-policy adviser.” The consequences of this repudiation of intellectual influences on society are, as Hofstadter points out, the spread of the type of anti-intellectual politics that permeate all three branches of American government. When faced with the choice, it appears that people would much rather have politicians call the shots than the “thinking class.”

Decades after the publication of Hofstadter’s Pulitzer-prize winning work, we continue to spend much time in our daily lives not thinking about the consequences of anti-intellectualism in our contemporary discourse. Nevertheless, a number of studies have revealed the many ways in which anti-intellectualism erodes the social fabric that the Founding Fathers worked so diligently to sew together through model political frameworks steeped in intellectual thought.

Many of the most glaring examples of anti-intellectualism in American society are found within our political arena. On the cusp of his first term as the first African-American president in the history of the United States, Barack Obama faced countless insults from partisan voters on the other side of the political spectrum who, in the face of all evidence to the contrary, accused the then-candidate of being a Muslim or of not being a natural-born citizen and, thus, ineligible for the presidency. Even more mystifying was the simultaneous embraced by many within that right-wing voting contingency of a candidate such as Sarah Palin, who arguably used her for intellectual thought as a part of her branding.

It seems highly illogical that, with a host of facts to dispel a particular notion or belief, a person would continue to hold on to those same beliefs in defiance of reality. Yet, psychological studies have noted, across partisan lines, the prevalence of the “backfire effect,” in which facts that conflict with a person’s chosen reality can cause that person to further entrench himself in his echo chamber of inaccurate information.

In 2008, the phenomenon of anti-intellectualism in American politics may not have proved successful for the movement right, but the continued popularity of anti-intellectualism among this base was exploited with surgical precision in the 2016 race. In a candidate that, among other things, openly questioned the veracity of climate science and singlehandedly fueled birtherism, it appeared that the movement right had gone full-tilt boogie in its embrace of anti-intellectual politicians and policy. From the promotion of militarism (perhaps a byproduct of bipartisan anti-intellectualism) to the corporatism that chains the American consumer in an endless cycle of overconsumption. From to the denial of verifiable climate change to pushing religious conviction as a means of repudiating scientific and medical breakthroughs. At every stage of progress through intellectual pursuits, a shocking number of voters wholeheartedly embraced policies that threaten both their own welfare as well as that of their neighbors.

In the wake of 2016, many may feel like it is an uphill battle to try and reverse the public appetite for anti-intellectual behavior. After all, even though many of us purport to desire a more intellectual society, human beings are by and large driven by desires and obligations that play to our emotions rather than our intellectual capacity. If we are to return to a society dominated by men of intellect rather than men who exploit anti-intellectualism, we must first recognize the limitations of intellect. As Hofstadter himself realized, “intellect is always on the move against something,” and history provides a number of examples where an overemphasis on reason has yielded bloody results for society. Still, we are at our best when we follow in the intellectual footsteps of those who paved the way for the development of our robust republic. “A republic, if you can keep it,” as Benjamin Franklin famously said. Even if intellectualism is not a panacea for our societal problems, one thing is for certain, anti-intellectualism provides no meaningful path forward to keeping this republic intact.

Publication information for Richard Hofstadter’s Anti-Intellectualism in American Life below:

Facebook18Tweet1PinEmailShares19
wpDiscuz
0
0
Would love your thoughts, please comment.x
()
x
| Reply
Share this ArticleLike this article? Email it to a friend!
Email sent!